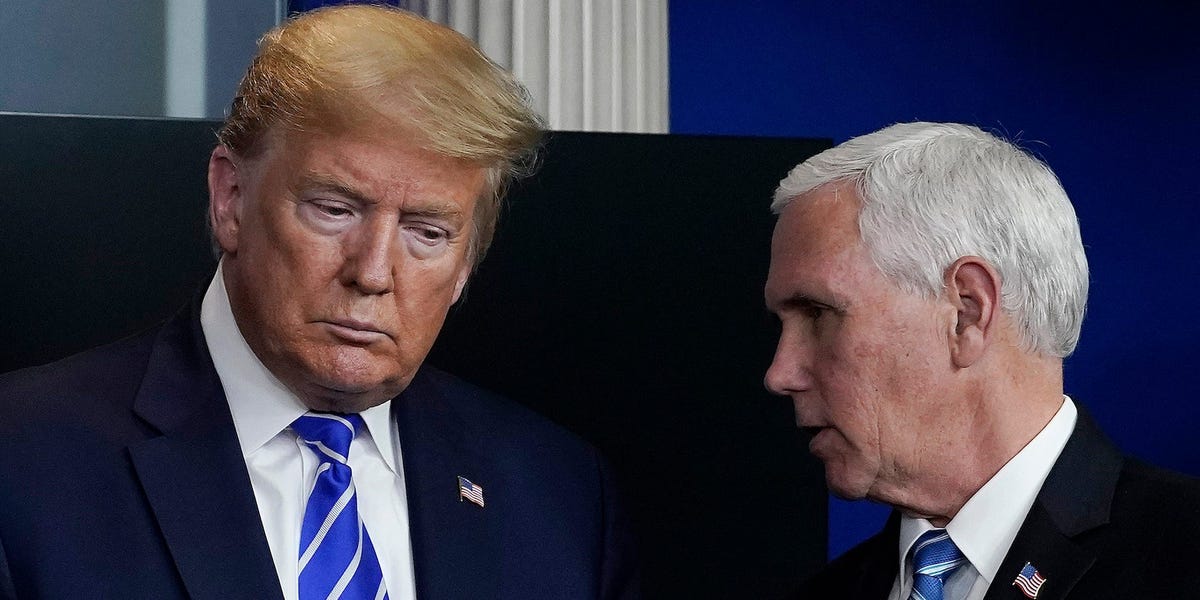 "He immediately asked about Karen and Charlotte, who were with me all day and night on January 6th and 7th," Pence said of Trump on Fox News.
Former Vice President Mike Pence said that in the aftermath of the Capitol riot on January 6, 2021, then-President Donald Trump was "genuinely remorseful" about the events of that day, with the commander-in-chief inquiring about the wellbeing of his family.

During an interview on "Fox News Sunday," Pence told host Shannon Bream about his feelings leading up January 6, along with his thinking on that day and the days after the riot.

"I sensed he was deeply remorseful about what had happened," Pence said of Trump. "He immediately asked about Karen and Charlotte, who were with me all day and night on January 6th and 7th. He asked me how they were and I responded sternly, 'They're fine, Mr. President, they wouldn't leave.' And then he said to me, 'Were you scared?' And I said, 'No, I was angry.'"

"I was angry about our differences and I was infuriated by what I saw that day — people ransacking the Capitol and assaulting police officers. In that moment he seemed genuinely remorseful," the former vice president added.

Trump and Pence were at odds ahead of January 6, with the then-president pushing his No. 2 to help him overturn Joe Biden's 2020 presidential victory, while the then-vice president sought to adhere to the Constitution — setting up a major conflict between the two men.

"The President and I clashed in the days leading up to January 6. I'll always believe that I did my duty that day, by God's grace, under the Constitution, and upheld the peaceful transfer of power," Pence told Bream.

Since leaving the Naval Observatory, Pence has been critical of Trump, while also praising their administration's conservative agenda.

The former vice president has also floated entering the 2024 presidential contest, while Trump has already jumped into the race for the White House.
#Donald Trump  #Joe Biden
Add Comment