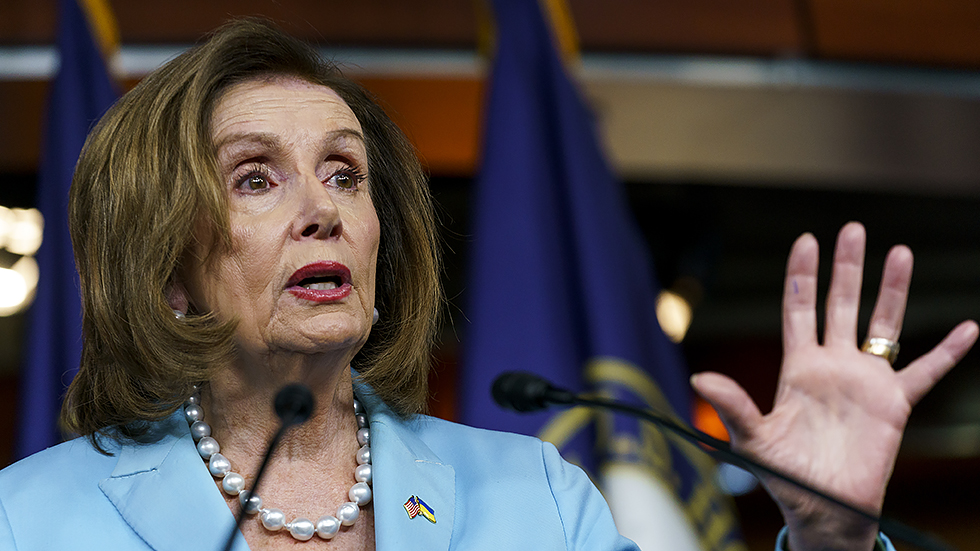 Pelosi says House will vote on gun package next week

Speaker Nancy Pelosi (D-Calif.) on Thursday announced the House will vote on a sweeping gun package next week, less than a month after two mass shootings that killed more than 30 people in Buffalo, N.Y., and Uvalde, Texas.
The package, which the House Judiciary Committee marked up on Thursday, would raise the age requirement for purchasing semi-automatic weapons from 18 to 21 years old, prohibit civilian use of high-capacity magazines and bump stocks and mandate that purchases of so-called ghost guns are subject to background check requirements.

Additionally, the package includes measures that would bolster firearm storage requirements and would disallow straw purchasing of guns, which is when someone who is unable to pass a background check buys a firearm through a proxy buyer.

In a letter to colleagues on Thursday, Pelosi said the package “will make an enormous difference in our fight against gun violence.”

House Judiciary Committee Chairman Jerry Nadler (D-N.Y.) also told reporters on Thursday that the House will bring the package to the floor next week.

The vote will come less than a month after a gunman reportedly targeting a Black community opened fire at a grocery store in Buffalo, killing 10 people. Ten days later, another gunman killed 19 students and two teachers at Robb Elementary School in Uvalde. And on Wednesday, a gunman killed four people at a medical clinic in Tulsa, Okla.

The House is also slated to vote on a separate bill next week that would nationalize “red flag” laws, which seek to keep firearms away from people who are deemed a danger to themselves and others.

That legislation, according to Pelosi’s letter, will “keep guns out of the hands of those who pose a threat to themselves or others by implementing a nationwide extreme risk law and encouraging states to enact their own extreme risk laws.”

The Speaker on Thursday also announced that the House will bring the Active Shooter Alert Act to the floor in the coming weeks. The bill, sponsored by Rep. David Cicilline (D-R.I.), would establish a program to inform the public when active shooters are in their area. It would be similar to the AMBER Alert system used by law enforcement.

She also said the House will “soon” hold a hearing regarding a bill to ban assault weapons, which she first announced at an anti-gun violence event in San Francisco on Wednesday.

Nadler told reporters on Thursday that the House is “working on the assault weapons ban,” adding “and if we have the votes then we’ll take that to the vote, too.”

It is, however, unlikely the gun measures will all clear the Senate and head to President Biden’s desk. The leading piece of legislation appears to be the bill to establish “red flag” laws, which some Senate Republicans have expressed an openness to.
Add Comment