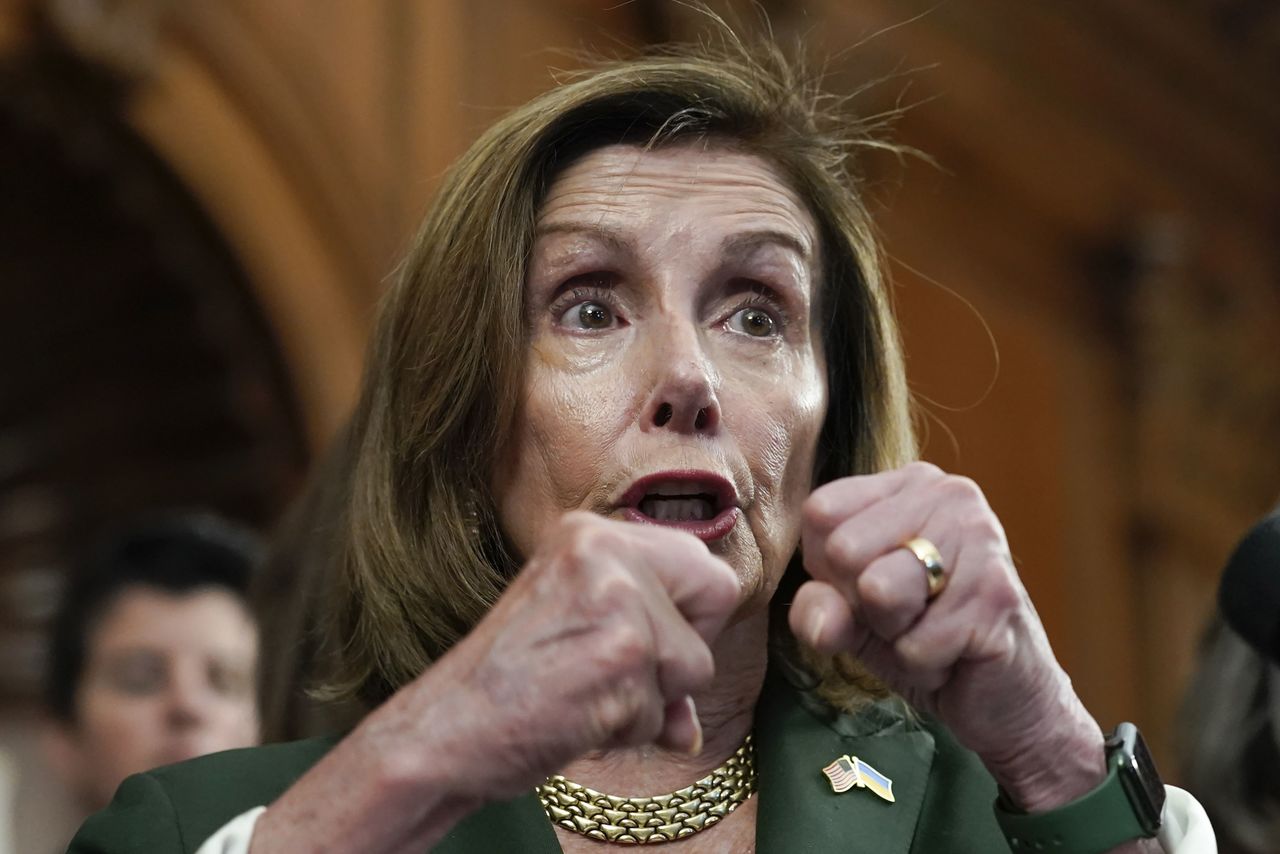 Pelosi’s visit to Taiwan is about politics not diplomacy

Listen to the article
0:00
0:00
The Biden administration is increasingly concerned about a trip to Taiwan next month by House Speaker Nancy Pelosi. And they should be. The visit is pointlessly provocative for little gain. Pelosi would do well to remember the Chinese proverb: “Always know if the juice is worth the squeeze.”
The domestic political juice is charm points for Pelosi from her large, pro-Taiwan constituency back home as she runs for reelection. A third of Pelosi’s congressional district is Asian-American and taking on Big China has long been a major part of her political identity. She, for example, made a public show out of meeting with pro-democracy protesters from Hong Kong and urging a boycott of the 2022 Winter Olympics in Beijing.

The foreign policy squeeze — the negative political fallout and possible repercussions from such a visit — is extensive. When Pelosi proposed a trip in April, the Chinese responded, “If the U.S. House speaker, a political leader of the United States, deliberately visits Taiwan, it would be a malicious provocation against China’s sovereignty and gross interference in China’s internal affairs, and would send an extremely dangerous political signal to the outside world.”

China at times fails to understand the impact of domestic politics on American actions abroad. They no doubt imagine Pelosi as some sort of messenger heralding new strategic thinking out of Washington. They would likely make much of the Pelosi visit, envisioning it as a follow-on to Mike Pompeo’s March travel to the island, while in the US we know the two were unrelated to actual foreign policy per se. Pompeo was building his conservative Republican credentials while Pelosi stumped for votes from her own party faithful.

Almost unique globally, the China-Taiwan-US relationship exists in a kind of strategic stasis. Each side of the triangle (the American side for now tends to speak for interested third parties like Australia, Japan, and Korea) talks the talk of reunification and independence, but officially the line is based on the 1979 US-Taiwan Relations Act (TRA) and follow-on diplomacy which states there is only one China and Taiwan is a part of it. That line, one of the cleverest phrasings in modern diplomacy, has kept the peace for 73 years.

It is a sturdy but not unbreakable basis for the relationship. It speaks to the origins of the diplomatic base here, the TRA, which grew out of Mao’s threat to “liberate” Taiwan and Chiang Kai-shek’s demand for US support to reclaim the mainland by force. With the Korean War sopping up American blood in the initial phase of the three-side relationship, Washington had no desire to join what would have been a land war to rival World War II. The Cold War policy was to assure Taipei’s survival, all formalized in 1979 as the inevitable forced a change of plans and the diplomatic recognition of Beijing.

This all came to be known colloquially as “strategic ambiguity,” a policy understood by all parties (Biden gaffes to the contrary aside) to mean the US doesn’t have to defend Taiwan, but it can, and probably will. China matched this with a policy of “strategic patience”: China will not wait forever, but China also understands the time between now and forever is long. The TRA works. Beijing and Taipei are more politically and economically integrated than any point in modern history.

One part of the unspoken deal is that official visits between Taiwanese authorities and American officials (note the accepted nouns) generally occur on a mid-to-lower level. The idea is the higher the rank of those involved, especially on the US side, the more “legitimacy” is conferred on Taiwan’s status. So today the standard is some diplomatic grumpiness out of Beijing over visits to Taiwan by congresspersons but a tacit agreement that the US will confine higher level visits, such as from Taiwan’s president, to American soil — and then only under some pretense, such as the president refueling en route to somewhere else, or visiting the American mainland as part of a UN trip. These things shift, grow, and recede over time. But Pelosi is clearly intending to tweak China.

Another part of the unspoken deal is the timing of visits, and here again Pelosi is coming close to the edge of understood propriety. Not by coincidence, the most sensitive period marks a holiday in both entities, October 11 (celebrated in Taiwan on October 10 as its national day), the anniversary of the Xinhai 1911 Revolution, aimed at the foreign Manchu Qing dynasty.

The chosen occasion is important, because Xinhai, ideologically midwifed by Dr. Sun Yat Sen, is acknowledged by both the most hardcore Communists in Beijing and the most fervent Nationalists in Taipei as the common origin point for modern China. This is drilled into every schoolkid on both sides of the Strait and forms a common vocabulary among their diplomats. Pelosi’s trip would come in the lead-up to this date and the follow-on 20th National Congress of the Communist Party. During these no-go periods, Beijing is likely to respond more aggressively to perceived provocations. In particular, President Xi Jinping, who is expected to achieve an unprecedented third term as leader, second only to Mao historically, is keen not to suffer any slights in the lead-up to the conference.

That said, Pelosi is more likely to start a war in Washington as speaker of the House than by visiting Taiwan. An invasion of Taiwan would leave China politically isolated, economically damaged, and reputationally crippled. And, ironically, a failed attack could lead to a Taiwanese declaration of independence China would be incapable of stopping. There is no rational, risk versus gain, no reason for hostilities with or without Nancy Pelosi visiting.

It is likely Pelosi will be talked out of her planned visit anyway, as she was once before, using a case of Covid in April as an excuse. President Biden himself told reporters that “the military thinks it’s not a good idea right now,” a very weak response from the lame duck president now further removed from his own foreign policy by Covid. Nonetheless, given the seriousness of the matter, defense, military and intelligence officials have “tried to explain [to Pelosi] the risks associated with the timing of her proposed trip,” said one administration official.

There is no urgency, no need to be seen “standing with Taiwan” at the present moment, no chance this could be seen as “weakness” especially if American diplomats explain quietly to Beijing the domestic political side the mandarins likely do not understand well. In other words, Pelosi, if she is smart, gets most of the domestic political juice for none of the foreign policy squeeze.
#Covid

Oh ya 187 days ago
Whenever I see a photo like the one above I always show my son and say. Look son a retard
View all comments (1)Add comment