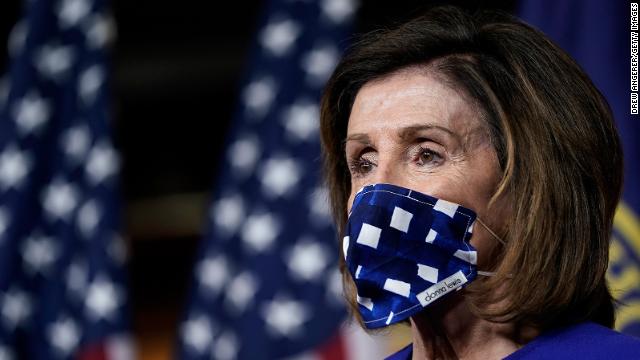 Nancy Pelosi has been reelected speaker of the House by her caucus for the next session of Congress, marking what will be her fourth term with the gavel. The caucus vote was conducted virtually, but Pelosi was approved with a voice vote.
Pelosi, 80, did not not face any challenge for her post, but she will also need to secure a simple majority — 218 Democratic votes — by the full House of Representatives in January to be sworn in again as speaker. She indicated after the vote that the upcoming term could be her last.

In 2019, several Democrats voted for someone other than her on the floor, but with a slimmer margin in the majority after the 2020 election, she could not afford to lose more than a handful of votes.

In remarks to her colleagues after the vote Wednesday, Pelosi made a pitch for unity.

"As we go forward with liberty and justice for all, we must do so listening to the American people, listening to each other with respect, acting to unify — Joe Biden is a unifier, so that will make it easier for us — remembering the guidance of our Founders: E pluribus unum, from many, one," she said.

House Democrats are holding leadership elections as they grapple with unexpected losses and the prospects for a Congress that remains divided. The GOP appears likely to maintain control of the Senate. Plus House Republicans picked up at least eight seats, and several races are too close to call.
#Joe Biden
Add Comment