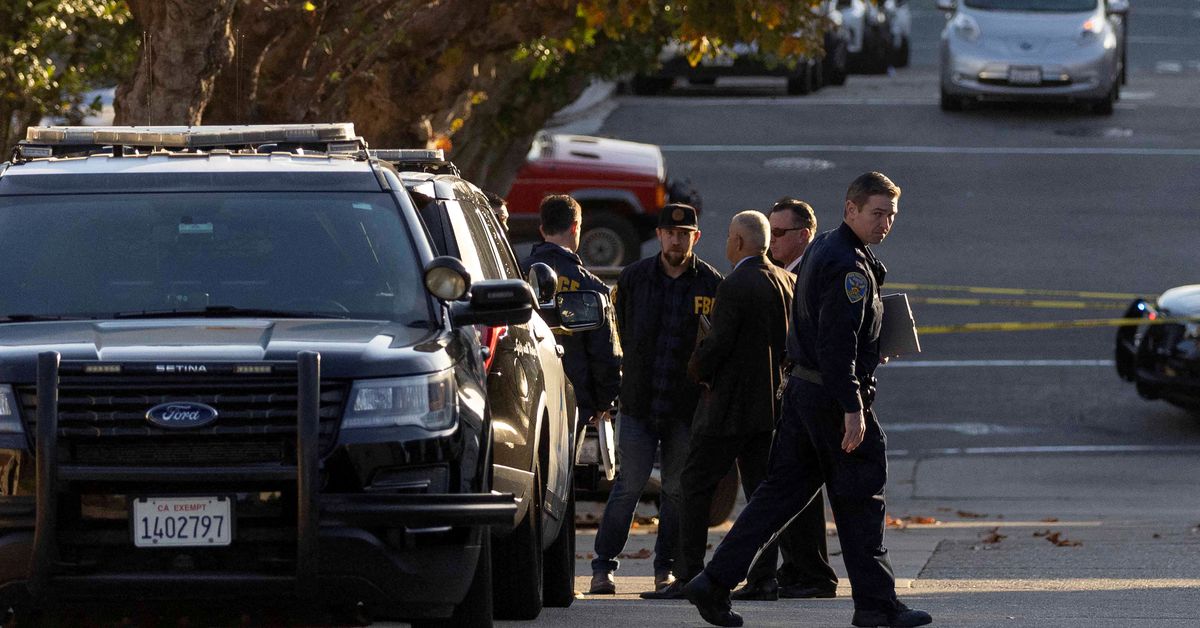 U.S. House Speaker Nancy Pelosi's husband has been released from the San Francisco hospital where he underwent surgery for injuries suffered when attacked by a hammer-wielding intruder at the couple's home six days ago, she said on Thursday.

Paul Pelosi, 82, a real estate and venture capital executive, "remains under doctors' care as he continues to progress on a long recovery process and convalescence" back at home, the speaker said in a statement issued by her office.

The latest update on his condition came as U.S. immigration officials said that the man charged with the hammer attack, Paul Wayne DePape, 42, is a Canadian citizen who has been in the United States illegally 14 years after he entered as a visitor.

The U.S. Immigration and Customs Enforcement (ICE) agency said it had issued a "detainer" notice with San Francisco authorities seeking custody of David Wayne DePape once criminal proceedings against him are completed.

Under the detainer, lodged with the San Francisco County Jail on Nov. 1, four days after his arrest, DePape would be turned over to ICE for possible deportation to Canada after serving any prison sentence he receives, according to ICE.

DePape, 42, was arrested on Oct. 28 at the San Francisco home of the speaker of the U.S. House of Representatives after he allegedly forced his way into the residence, demanded to see Nancy Pelosi and then clubbed her husband, Paul, in the head with a hammer.

Nancy Pelosi, a Democrat who is second in the line of succession to the presidency, was in Washington at the time.

According to court documents filed by prosecutors, who labeled the incident a politically motivated assault, DePape told police after his arrest that he had planned to kidnap the speaker, interrogate and break her kneecaps if she "lied."

The attack left Paul Pelosi, with a fractured skull and injuries to his arms and hands for which he underwent surgery, according to the speaker's office.

DePape, who has been jailed without bond, pleaded not guilty on Tuesday to state charges of attempted murder, assault with a deadly weapon, burglary, elder abuse, false imprisonment and threatening a public official. He could a maximum sentence of 13 years to life in prison if convicted.

Federal prosecutors have charged DePape separately with assault and attempted kidnapping charges punishable by up to 50 years in prison.

Records show that DePape entered the United States as a temporary visitor in March 2008 at the San Ysidro U.S.-Mexico border crossing in San Diego.

According to immigration officials, admissible Canadian travelers who present themselves as a visitor for business or pleasure generally do not require a visa and are typically admitted for a stay of up to six months in the United States.

The detainer is a request to another law enforcement agency to notify ICE before any deportable individual is released from detention so immigration officials "can take custody of that person in a safe and secure setting," the agency says.