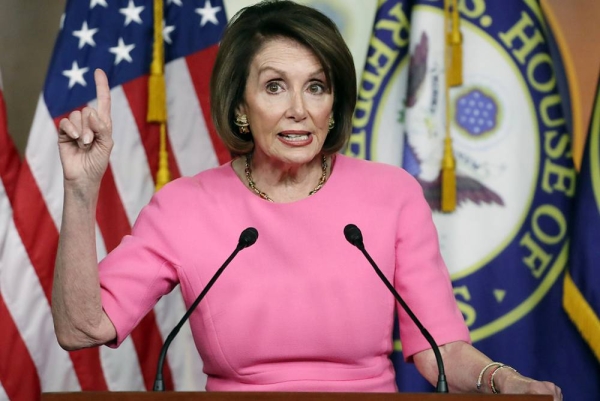 Pelosi begins Asia tour, with no mention of Taiwan

The Speaker of the US House of Representatives Nancy Pelosi is beginning a tour of Singapore, Malaysia, South Korea and Japan, her office said — with no mention of a possible visit to Taiwan.
There has been intense speculation that she may visit the self-ruled island. Taiwan is claimed by China — which has warned of "serious consequences" if she goes there.

No high-ranking US elected official has visited Taiwan in 25 years.

Pelosi, a California Democrat, tweeted that the six-person Congressional delegation tour would seek to "reaffirm America's unshakeable commitment to our allies and friends in the region".

Her office said the tour was to the "Indo-Pacific region" — "including" visits to Singapore, Malaysia, South Korea and Japan.

China sees Taiwan as a breakaway province that must become a part of the country. Beijing has not ruled out the possible use of force to achieve this in the future.

Chinese officials have expressed anger over what they view as growing diplomatic engagement between Taipei and Washington. There was a surprise visit to the island by six US lawmakers in April.

The US has formal diplomatic ties with China, and not Taiwan.

Pelosi has long been a vocal critic of the Chinese leadership, denouncing its human rights record. She has met pro-democracy dissidents and visited Tiananmen Square to commemorate victims of the 1989 massacre.

Her original plan was to visit Taiwan in April, but she postponed the trip after she tested positive for COVID-19.

Earlier this month she said it was "important for us to show support for Taiwan".

President Joe Biden has said the US military believes a Pelosi visit to Taiwan is "not a good idea right now".

The statement from her office on Sunday said the tour would "focus on mutual security, economic partnership and democratic governance in the Indo-Pacific region".

Their talks will also cover trade, the climate crisis and human rights.