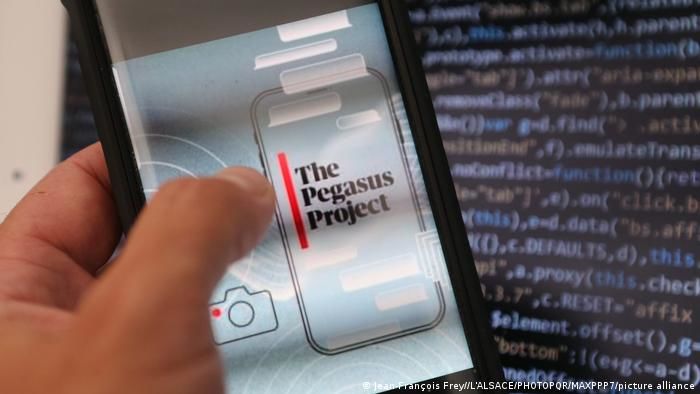 The governments of Hungary and Poland are the only EU member states to have used the Pegasus software to spy on their critics. Now, Hungarian journalists who were targeted have filed the first lawsuits against the state.

When Szabolcs Panyi learned, in the spring of 2021, that the Pegasus spy software had been installed on his smartphone, the Hungarian investigative journalist knew it wasn't just a case of eavesdropping. The software does more than simply intercept phone calls: It can access all of a smartphone's data, and can even switch on the microphone and camera without being noticed.

"I felt as if they had broken into my apartment and office, bugged everything, put hidden cameras everywhere, and were even following me into the shower," he said.

Panyi is an editor at the Budapest-based investigative online media outlet Direkt36. He is one of several dozen people who have been monitored — illegally — by the Hungarian state using the Pegasus spyware. Its intended targets are serious criminals or terrorists, and these people were neither. They were monitored because their research or political activities meant they were an inconvenience, or a threat, to the government of Hungarian Prime Minister Viktor Orban.

The Pegasus scandal became more widely known in July 2021, when a journalism network published information about leaked lists of around 50,000 phone numbers that had been targeted and attacked using the Israeli spyware. Some 300 of the targets were based in Hungary, and they included the phones of journalists, lawyers, political activists, entrepreneurs — even a former minister. 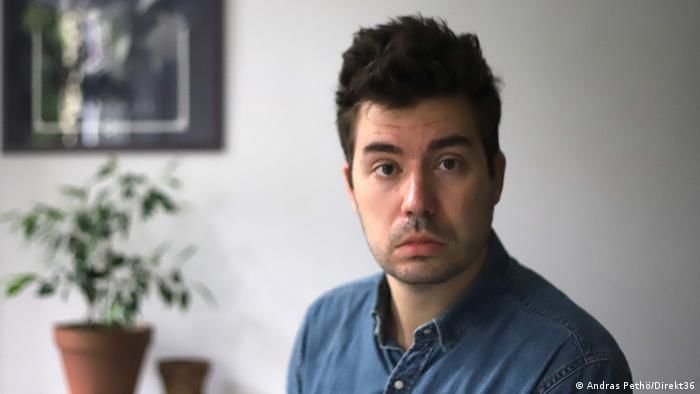 Now, more than six months after the affair came to light, six of the people targeted in Hungary — including Panyi — are taking legal action. This is the first legal case brought by Pegasus victims against an EU state. They will instigate proceedings in Hungary before the courts and with NAIH, the country's data protection authority, as well as in Israel, with the attorney general.

The six are being represented by the Hungarian Civil Liberties Union (HCLU — TASZ in Hungarian), one of Hungary's main civil rights organizations, and by Israeli lawyer Eitay Mack. On January 28, the HCLU made an initial public announcement to this effect in Budapest, and activated a dedicated page on its website.

This is also important to Panyi, in addition to the question of exactly what data was siphoned from his phone. "The current regulations are so elastic and so broadly defined that, in Hungary, anyone can be monitored," he told DW.

Sale of software went ahead despite concerns

In Israel, attorney Eitay Mack will file a lawsuit with the country's attorney general against both the manufacturer of the software, a private technology company called NSO Group, and the Israeli Defense Ministry, which has to approve sales of such software to other countries. Mack has already made several attempts to sue over Pegasus — because of the way the software was used in Mexico, among other things — so far, however, without success.

But Mack won't give up. "Pegasus was sold to the Hungarian state even though there were considerable concerns about the abuse of the rule of law in Hungary," Mack told DW. "That's why I want to try and sue the Israeli Defense Ministry for, among other things, failing to prevent a crime, as well as violation of the right to privacy."

When the Pegasus affair came to light, Hungary was thought to be the only EU member state where a government had used the spyware against critics. Then, in late 2021, it emerged that the government in Poland, led by the ruling Law and Justice party, had done the same. In both countries, the governments indirectly admitted that they had authorized the use of Pegasus spyware against individuals.

In Hungary, a member of parliament and high-ranking politician from Orban's right-wing populist Fidesz party inadvertently confirmed to journalists in November 2021 that the country's Interior Ministry had purchased Pegasus, a statement the Hungarian prosecutor's office said shortly afterwards was "not in line with the facts."

There is, however, little doubt that Orban and former Israeli Prime Minister Benjamin Netanyahu, who have been personal friends for many years, probably agreed the Pegasus deal at a meeting in Budapest in July 2017. 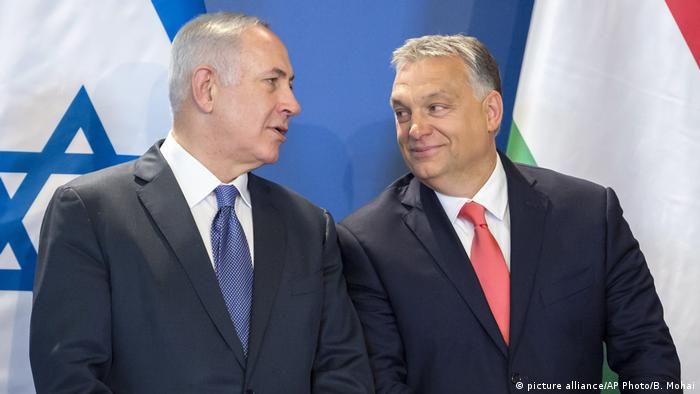 Orban and Netanyahu have a common enemy: the American stock market billionaire George Soros, who is of Hungarian Jewish origin, and uses his fortune to promote civil society activities. The two politicians have also helped each other on numerous occasions: Hungary has repeatedly blocked EU resolutions that were critical of Israel, while Netanyahu attested that the Orban government was exemplary in combating antisemitism — despite several government campaigns against Soros in Hungary with strong antisemitic overtones.

"Israel has paid a high price for Hungary's support: It has covered for the Orban government's antisemitism," said Eitay Mack. The lawyer is convinced Pegasus spyware also formed part of the cooperation between Orban and Netanyahu. "This spy software is a tool of Israeli diplomacy."

A degree of paranoia

Both Mack and Hungarian lawyer Adam Remport are aware that proceedings in their respective countries may take years. Mack said that, nonetheless, he will not let up in his efforts to ensure that Israel is held accountable for exporting weapons, including cyber weapons such as Pegasus, to autocratic countries. And Remport stressed that, if necessary, the HCLU will take things all the way to the European Court of Human Rights in Strasbourg. "A ruling from there would have pan-European significance," he said.

Meanwhile, Panyi and his colleagues from the investigative portal Direkt36 have gone on to uncover fresh cases of the abuse of Pegasus spyware in Hungary in recent months. And it's not only critics of Orban's regime who are being targeted.

At the end of December, for example, Direkt36 published information showing that Pegasus had been used to target phones belonging to bodyguards of the Hungarian president, Janos Ader — one of Orban's longstanding close allies. "When we see that even people in Orban's inner circle are being spied on now," said Panyi, "you can't help but note that there is a degree of paranoia at work, even at the heart of the regime."