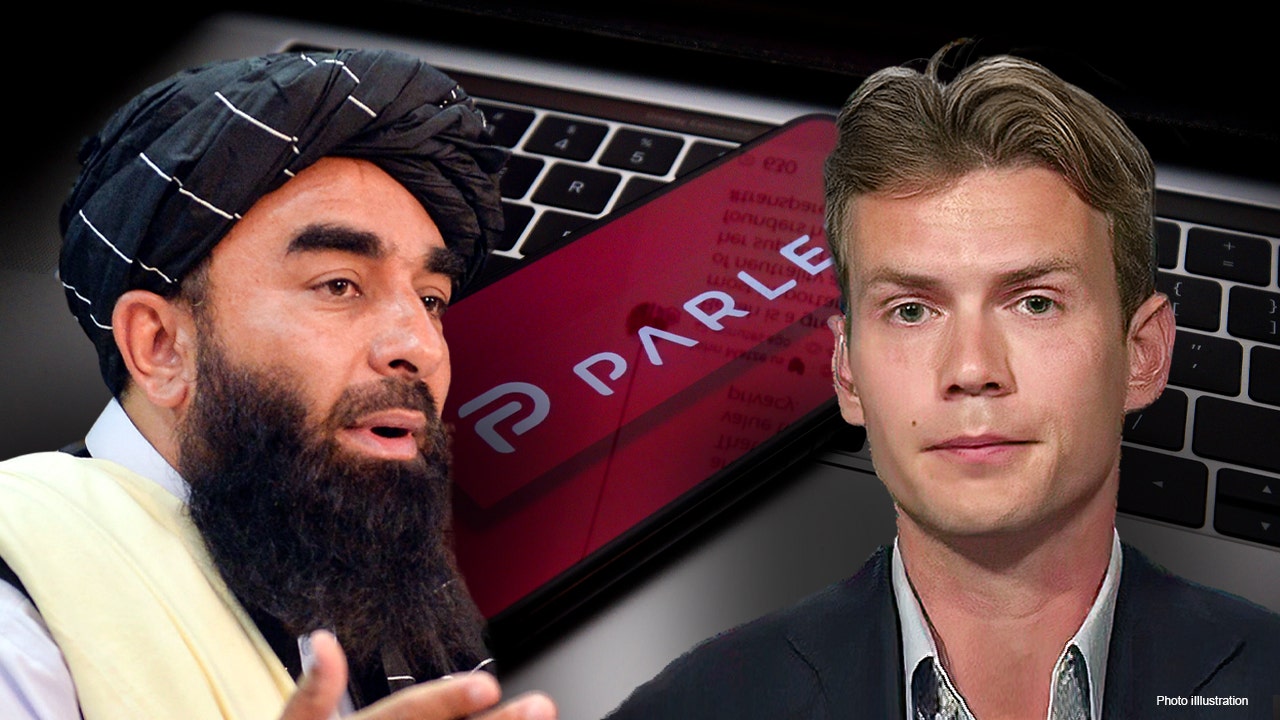 George Farmer has no qualms about banning Taliban from his platform

Parler CEO George Farmer slammed social media for giving "free rein" to Middle East terrorist groups, saying on Wednesday that he has no qualms about banning the Taliban from his platform.

He noted on "Mornings with Maria" on Wednesday that other social media platforms have directly censored a sitting U.S. president, but decided not to censor terrorist groups based in the Middle East.

"And yet the alleged dictator in America, Donald Trump, who was painted as this great monster by social media, can't express himself on social media."

Earlier this year, Twitter said that even if former President Trump will run for office again, he would not regain access to his account, and maintained that his suspension from the platform is "permanent."

On Jan. 8, Twitter announced on its blog that Trump’s account, which had over 80 million followers, was permanently suspended. The reasoning was that keeping the @realDonaldTrump account active would increase the risk of "further incitement of violence."

The decision came after the Jan. 6 attack on the Capitol. Twitter pointed to a tweet from the former president on Jan. 8 that read: "The 75,000,000 great American Patriots who voted for me, AMERICA FIRST, and MAKE AMERICA GREAT AGAIN, will have a GIANT VOICE long into the future. They will not be disrespected or treated unfairly in any way, shape or form!"

For years, before and during his presidency, Trump used Twitter to communicate directly to the American people — bypassing the media.

Facebook and Instagram also permanently blocked Trump from their platform in the wake of the Capitol riot.

In June, Facebook upheld its suspension of Trump’s Facebook and Instagram accounts for two years before it will reassess, citing his "praise for people who engaged in violence."

Farmer told Bartiromo on Wednesday that Trump "would be welcome on Parler," noting that the company had been discussing the prospect with the former president and that he is under the impression Trump is "interested."

"We welcome him with open arms if he would like of to join us," Farmer said.

Last week, Twitter’s standards were called into question after users pointed out that a key Taliban spokesman has been using the platform to give updates about the group’s advance within the country while former President Trump’s account remains permanently suspended.

Zabihullah Mujahid’s account is not verified, but has 358,000 followers and is regularly cited by major news outlets. He tweeted an update on "military units" entering Kabul last week and wrote that their "advance is continuing normally."

The Taliban swept into Afghanistan’s capital last week after the government collapsed and the embattled president joined an exodus of his fellow citizens and foreigners, signaling the end of a costly two-decade U.S. campaign to remake the country.

The Taliban is known for carrying out attacks that have killed thousands of civilians in the country. The Taliban, from 1996 to 2001, barred women from receiving educations or leaving a house without a male relative, Reuters reported.

The Taliban insisted that their fighters would not enter people’s homes or interfere with businesses and said they would offer "amnesty" to those who worked with the Afghan government or foreign forces.

But there have been reports of revenge killings and other brutal tactics in areas of the country the Taliban have seized in recent days.

Speaking with Bartiromo on Wednesday, Farmer stressed that banning terrorist groups to post on his platform is "a very simple argument."

"I mean, should we give a voice to active terrorist groups? No," Farmer said.

"It’s amazing that social media, which directly censors sitting presidents, decides to not censor terrorist groups based in the Middle East," he added sarcastically.

"I find it remarkable that we are having this debate in the first place," he went on to say during the interview.

Farmer stressed that his company has taken "a strong policy against" allowing terrorist groups based in the Middle East to post on Parler.

He said it’s "remarkable" that the president of Iran and the Taliban have had accounts "for so long."

"All of these Middle Eastern-based groups, they seem to have been able to get free rein on social media," Farmer stressed.

After more than a month offline, Parler, which had more than 20 million users and was first launched in August 2018, relaunched in February using a new web hosting service, the company announced.

Apple and Google previously suspended Parler from its app stores, as liberals and many media pundits championed the move to de-platform the social media app.

Last week Reuters reported, citing four current and former law enforcement officials, that the FBI found "scant evidence" that the January attack on the U.S. Capitol was the result of an organized plan to overturn the results of the 2020 presidential election.

Farmer maintained on Wednesday that he believes "we were unfairly taken down at the time."