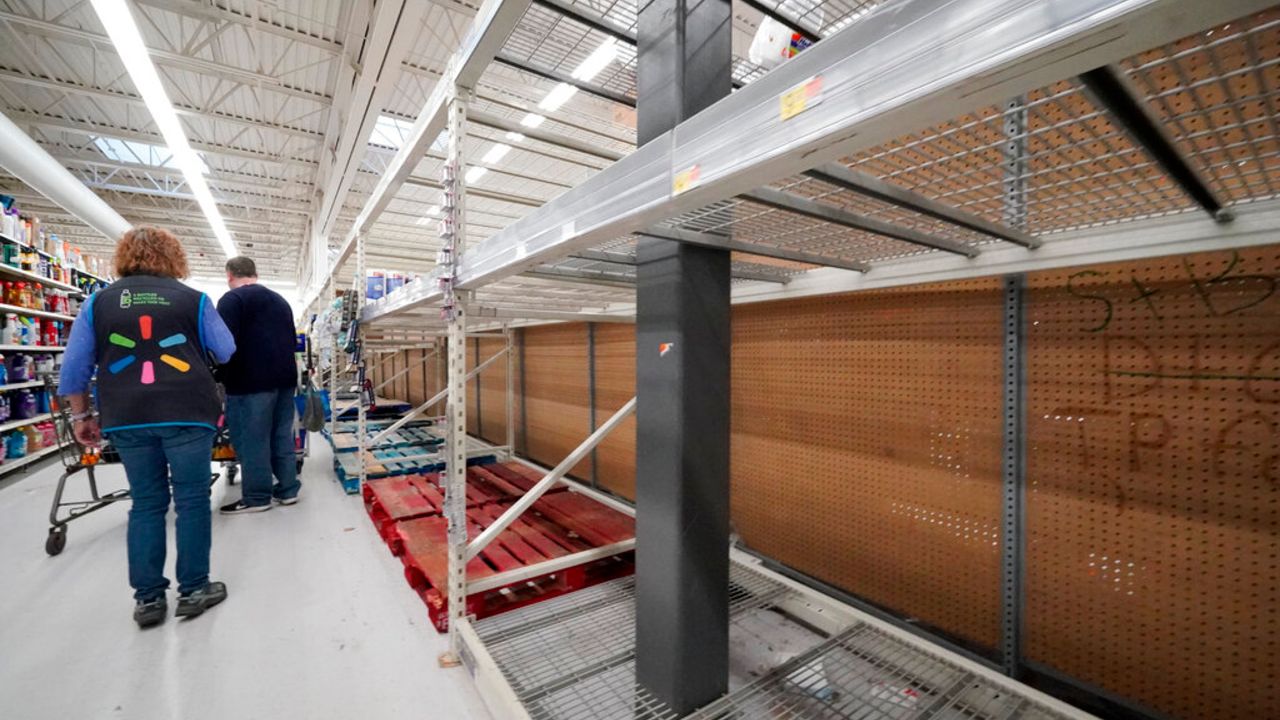 Toilet paper aisles are emptying again as COVID-19 curfews and shutdowns in states from California to New York send pandemic-weary shoppers on a new scramble for essentials.

Walmart on Friday said it was “seeing pockets of lower than normal availability” for toilet paper and cleaning supplies in some communities as infections rage virtually unchecked across most of the United States.

As of Friday afternoon, 22 states have imposed restrictions aimed at decreasing spread of the virus - giving rise to a new round of panic buying from shoppers and purchase limits from retailers including Target and Kroger, the nation’s largest supermarket chain.

Shoppers in a half dozen cities around the United States told Reuters that disinfecting wipes were sold out at discount retailers like Walmart and Costco, as well as at Cerberus Capital-owned grocery chains Albertsons and Vons.

“Walmarts are still mostly out of Lysol wipes, and toilet paper is out again,” said Whitley Hatcher, 31, a collections specialist in Tucson, Arizona.

“Oddly though, at places like Walgreens and Dollar Tree you can find what you need. I think people are seeing the empty shelves at bigger stores and panic buying,” Hatcher said. 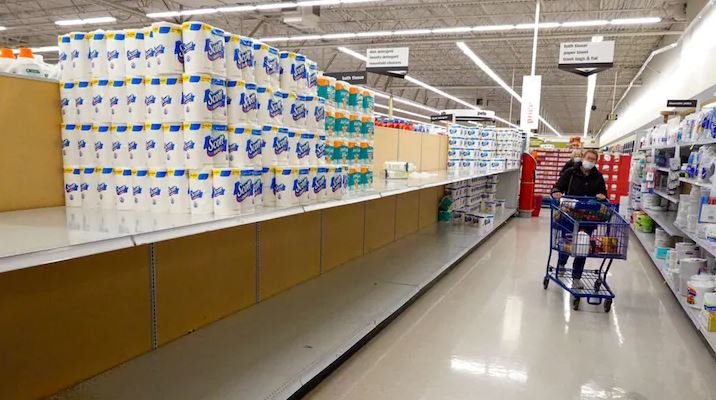 Shelves in the paper towel and toilet paper section are depleted at a Meijer Store in Carmel, Ind., Tuesday, Nov. 17, 2020.

And the toilet paper hunt is on again in California, where the governor on Thursday ordered a curfew placed on all indoor social gatherings and non-essential activities outside the home across most of the state. 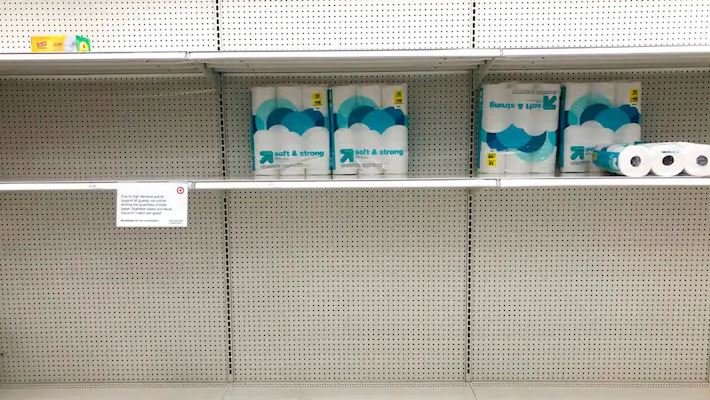 Shelves in the toilet paper aisle at a Target store are empty in Vernon Hills, Ill., Thursday, Nov. 19, 2020.

Shoppers said toilet paper was sold out at Costco stores in Fresno and Los Angeles. 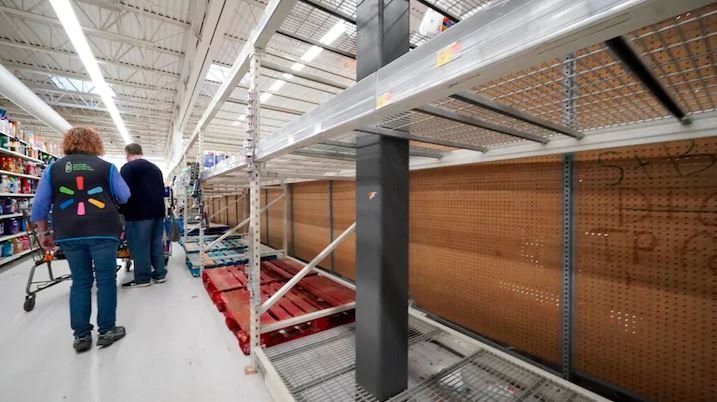 Shelves that usually are stocked with toilet paper and paper towels are empty at a Walmart in Cranberry Township, Pa, Thursday, Nov. 19, 2020.

Over the last several months, retailers have had to make major, costly changes to their supply chains to meet unexpected surges in demand.

In a response to a tweet complaining about sold out toilet paper and paper towels, Walmart’s Sam’s Club said, “We’re working to replenish these items as fast as humanly possible.”