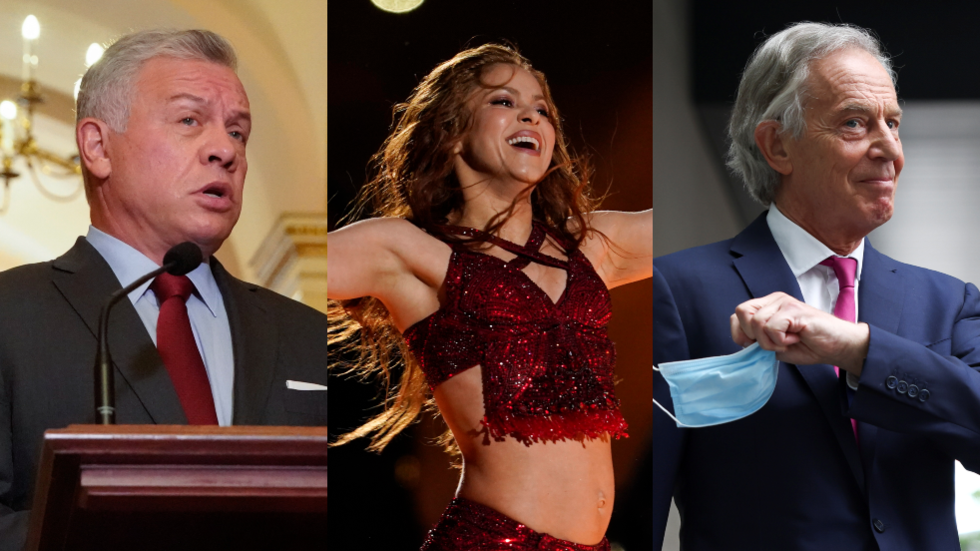 Leaked papers appear to show how some of the world’s elites accumulate property empires while avoiding millions in taxes, with reports focusing on European, Middle Eastern and South American leaders, and world-famous celebrities.
Obtained from 14 offshore banking institutions and analyzed by the International Consortium of Investigative Journalists (ICIJ), the ‘Pandora Papers’ reveal the financial chicanery of more than 100 billionaires, 35 current and former world leaders, and 300 public officials. The first round of information, handed to a select list of international outlets and studied by “600 journalists,” was published on Sunday.

According to the ICIJ, King Abdullah II of Jordan is a prolific user of shell corporations to manage his global property empire. The monarch reportedly used 36 of these companies from 1995 to 2017 to purchase 14 luxury properties in the US and UK worth more than $106 million. The king’s lawyers say he used these stand-in companies to maintain his privacy rather than to dodge any taxes.

Azerbaijan’s ruling Aliyev family has traded almost $500 million worth of British property in recent years, according to the leaks. One of these properties was sold by an Aliyev-owned front company to the Queen’s crown estate for a sizable $90 million.

Two EU leaders are named in the leaks: Czech Prime Minister Andrej Babiš, who used an offshore investment company to acquire a $22 million château in the South of France, and President Nicos Anastasiades of Cyprus, who founded a law firm accused of hiding a Russian billionaire’s wealth.

Former British prime minister Tony Blair and his wife Cherie are mentioned, with the pair allegedly having dodged $422,603 in property taxes when they purchased an $8.8 million London office partially owned by the family of a prominent Bahraini lawmaker. The Blairs were apparently able to circumvent these taxes by purchasing the foreign holding company that owned the office.

Despite featuring an image of Vladimir Putin front and center on their introductory piece, and mentioning Putin nearly 50 times in a spin-off article about the “hidden riches of Putin’s inner circle,” The Guardian had to admit in its reporting that the Russian president “does not appear in the files by name.” Instead, the paper focused on Putin’s “friends,” including billionaire businessman Gennady Timchenko, and Putin’s rumored past “girlfriend.”

A number of celebrities are mentioned in the leaks, including pop star Shakira and former cricket superstar Sachin Tendulkar of India. Lawyers for both stress that their offshore holdings were legitimate and declared to the tax authorities.

Offshore banking is not illegal, and is often used by the wealthy to avoid taxes, while shell companies are frequently used to distance the rich from their holdings for political reasons or reasons of public image. However, such mechanisms make it easier to hide ill-gotten gains from the eyes of law enforcement or regulators.

“There’s never been anything on this scale and it shows the reality of what offshore companies can offer to help people hide dodgy cash or avoid tax,” Fergus Shiel of the ICIJ told the BBC. “They are using those offshore accounts, those offshore trusts, to buy hundreds of millions of dollars of property in other countries, and to enrich their own families at the expense of their citizens.”

However, the leaks reveal a status quo that few would find surprising, especially since the 2016 Panama Papers and 2017 Paradise Papers offered readers a look into the world of offshore banking.

Despite the major names listed in the latest document trove, the journalists behind the leaks don’t expect anything to change. “When you have world leaders, when you have politicians, when you have public officials, all using the secrecy and all using this world, then I don’t think we’re going to see an end to it,” ICIJ Director Gerard Ryle told The Guardian.
Add Comment