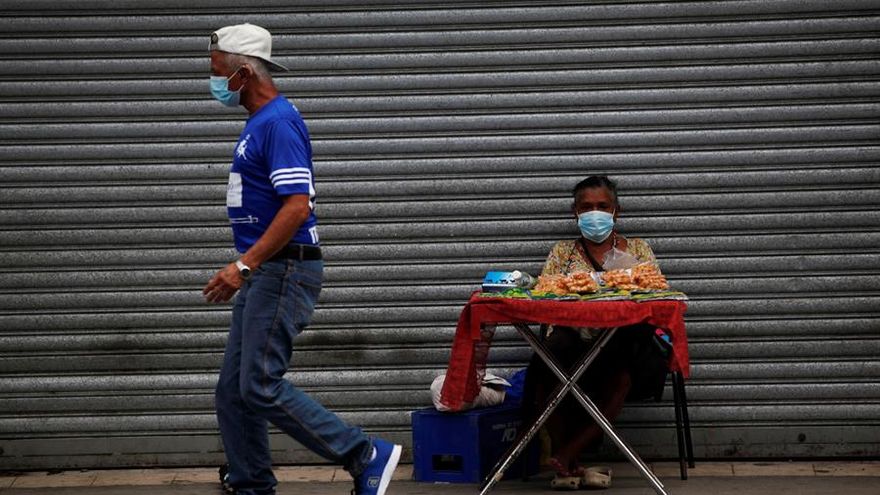 The crisis derived from the pandemic that hits Panama, one of the countries most affected in the region by COVID-19, will raise the unemployment rate to 25% this year and informal labor to 55%, which are "alarming" figures said Tuesday the Minister of Labor and Labor Development (Mitradel), Doris Zapata.
Panama, a country of 4.2 million inhabitants with an economy dependent on services, registered before the pandemic unemployment of 7.1% and informal workers of almost 45%, while the economy grew by 3% in 2019, the lowest rate in a decade.

Forecasts from the Mitradel Labor Market Observatory project that 2020 will close with an unemployment rate of between 20% and 25%, Zapata revealed in a virtual forum.

It is alarming. We are talking about 460,000 to 570,000 people (unemployed), a very strong impact for our economy and, of course, for our workforce, said Zapata.

Before the pandemic there were 716,000 informal workers, whore were employed according to official data. The rate is estimated to rise 55%, which would mean that 71,000 more people who will be entering informal jobs.

We already had a great challenge with 45% informal workers, hence it is necessary to organize a social dialogue to face the situation, said the Minister of Labor.

Panama's economy is estimated to decrease by 9% of gross domestic product (GDP) during 2020, according to government forecasts, due to the consequences of COVID-19, which has already infected 82,543 people and killed 1,788 in the country.

Panama's economic activity has been semi-paralyzed since mid-March, when the Government decreed a State of Emergency due to the pandemic, and is trying to reactivate itself amid an escalation of cases that, according to the authorities, seems to have begun to subside.

On Monday, with many limitations, beauty salons, barber shops and retail trade in Panama were reopened by the Government, which between mid-May and June 1 reactivated other industries, including fishing, banking and technical services, among others, under a range of biosecurity measures.

The Government distributes a bonus of 100 dollars a month among segments of the population affected by unemployment, amid criticism that this amount does not reach to all those in need, and has approved financial support plans for micro, small and medium company that generates 70% of the jobs in the country.

But business unions accuse a "lack of urgency" in the authorities to fully reactivate the economy as well as the absence of a clear route to achieve it.
#COVID-19  #Covid

HAROLD Gale 240 days ago
The pandenmic did not cause the unemployment, the lockdown by the Government did.

See next door Costa Rica for how to do it right.

Oh ya 244 days ago
And won't they be surprised when the virus BS is over and the economy is still slow. Tourism is not coming back for years thus restaurants, hotels and construction for foreigners is going to not recover for years. We are already seeing gringos leaving panama that were here trying to make a buck
View all comments (2)Add comment