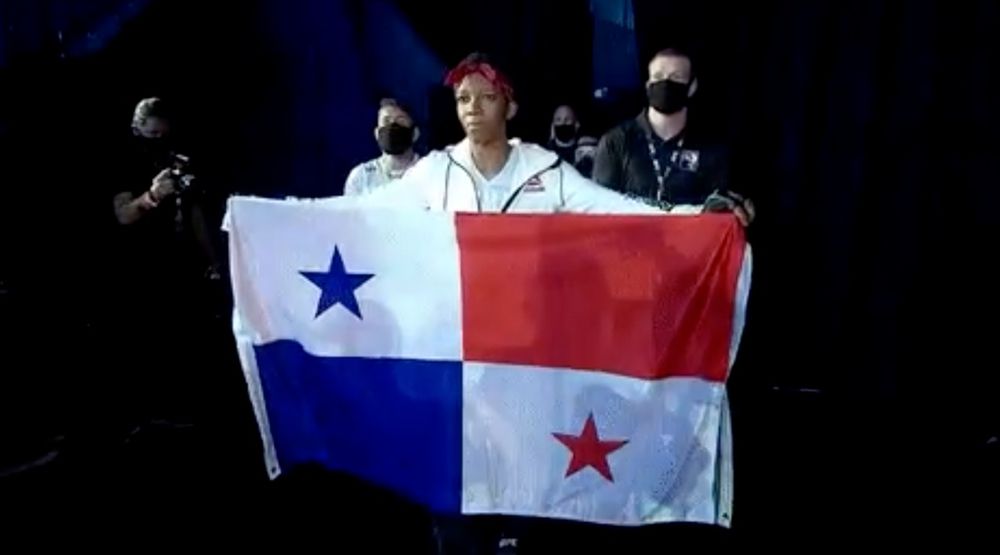 Panamanian Joselyne Edwards, better known as “La Pantera” (The Panther), made a successful debut in the UFC in the bantamweight fight this Saturday, January 16, at Fight Island 7 in Abu Dhabi, UAE.

By unanimous decision, "The Panther" defeated the Chinese Wu Yanan. It should be remembered that the Chinese woman had to face Bethe Correia in this program, who, due to appendicitis, had to withdraw.

Wu Yanan had expected to be the retirement opponent for none other than former women’s bantamweight title challenger Bethe Correia at UFC Fight Island 7.

However, when Correia was forced off the card, Wu was left in need of an opponent — and the relatively unknown Joselyn Edwards stepped up. The only newcomer on the Abu Dhabi-based card Saturday, Edwards was looking to make a statement in her debut, and prove she belonged among the world’s best mixed martial artists.

Both girls came out trading at the start of the fight. Both were landing before they tied up and Wu took the fight down. Immediately Edwards locked in an armbar. That position was held for a while, but Wu managed to escape. Edwards later exploded and she took the back of Wu. After another scramble, Wu ended the round on top in the guard of Edwards.

Wu started round two pressuring Edwards with forward motion and kicks. Wu got another trip takedown but the momentum allowed Edwards to stand up. From there, Wu was able to get back up but took a barrage of strikes while doing so. Both ladies began to look sluggish on the feet, having a hard time finding their range. Edwards did end the round with a nice flurry.

Edwards was the busier fighter coming in round two, and we saw some urgency from Wu — opening up a lot more. looking like the fresher fighter. Late in round three Edwards was just throwing one strike at a time while Wu was throwing with volume. That said, Edwards was the one coming forward to the final bell — but she ate a lot of strikes in doing so.

In the end, only one judge gave Wu Yanan a round. Edwards, thanks to that strong start and arm-bar attempt, was able to build enough momentum to seal the deal, picking up the win in her debut.