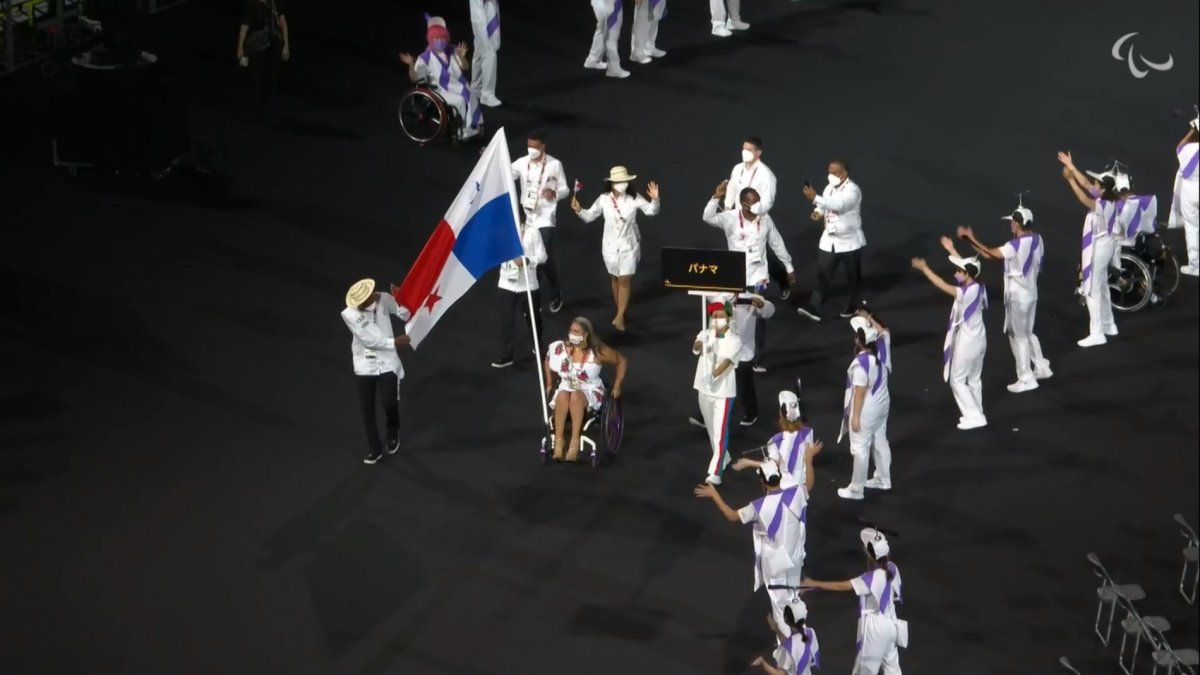 Panamanian delegation paraded at the opening of the Paralympic Games

Together with Valdés, Rey Dimas and Jhan Whisdom they are the parathletes classified for this contest, which takes place from August 24 to Sunday September 5.

Rey Dimas Vázquez started in the sport in 2017 at the High Performance Center [CEARE] in Panama.

He will defend the tricolor flag in the discipline of parapowerlifting (weightlifting) in the 72 kg. He won a gold medal at the Games Paracentroamericanos 2018 in Managua, Nicaragua.

Dimas is 35 years old and is an athlete, hairdresser and mechanic.

For his part, Jhan Wisdom said he was focused on his next competition. “Every day I have kept working together with my coach. I am grateful to God for giving me the opportunity to raise the flag of Panama ”.

He will represent Panama in athletics, 400m flat T-20.

He started in sports at the Panamanian Institute for Special Rehabilitation [IPHE] in Panama. And it debuted in 2018 for Panama, in Managua, Nicaragua.

The 44-year-old athlete previously participated in the Paralympic Games in Rio de Janeiro 2016 and the world championships in Dubai, United Arab Emirates in 2019.

He got his start in the sport in 2016, when he tried out athletics with friends after going to a few training sessions. "I kept supporting some friends, but I ended up training. Then they insisted that I should train, and two months later I participated in my first competition."

She is the mother of three children and also serves as general secretary of the Paralympic Committee of Panama. She has also been in charge of the department of gender equality and opportunities in the Ministry of Housing and Land Management [MOVIT] of the Panamanian government. She was a candidate to take over the Ministry of Social Development during the 2019 presidential elections in Panama.

When were the Paralympic Games created?

The first Paralympic Games took place in 1960 in Rome, with only 400 athletes from 23 countries. Its prefix "para" refers to its development in parallel to the Olympic Games and not to a disability. They come from the Stoke Mandeville Games, an event first organized in the UK in 1948 to coincide with the London Olympics.

With 16 women and men, some of them WWII veterans, the competition was designed for wheelchair athletes.

The idea was born in the mind of Sir Ludwig Guttmann, a physician in charge of the spinal cord injury unit at a Stoke Mandeville hospital. After several editions, the Paralympics were extended to the Winter Games starting in 1976.
Add Comment