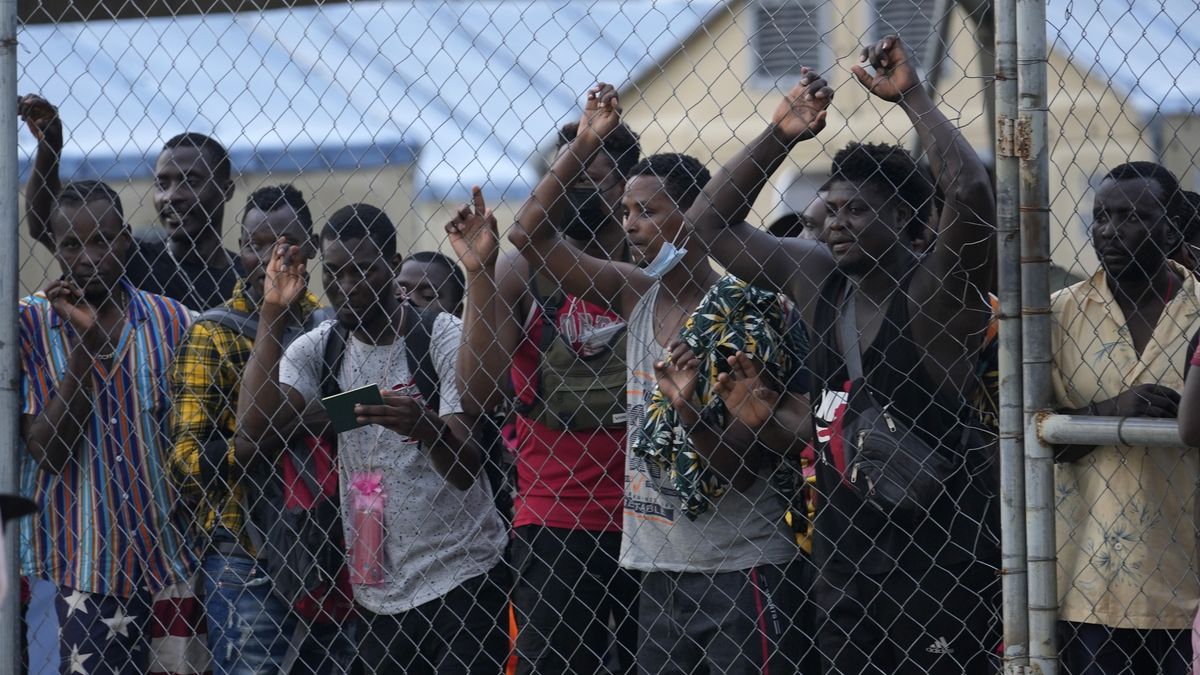 The Minister of Foreign Affairs, Erika Mouynes, affirmed that her Panama has not received "a penny in international cooperation" to face the problem.
Panama will ask for help during the United Nations General Assembly to deal with the migration crisis it faces in the Darien Gap, where thousands of migrants, many Haitians, try to arrive every day from Colombia, its Foreign Minister Erika Mouynes said on Monday.

In an interview with The Associated Press in New York, the Panamanian Foreign Minister affirmed that her country has not received "a penny in international cooperation" to face the problem.

In August, Panama and Colombia agreed to let 500 migrants pass through their border each day. However, to Necoclí, a town on the Caribbean coast of northern Colombia, between 1,000 and 1,500 arrive daily, most of them from Chile and Brazil, countries to which they emigrated after the 2010 earthquake in Haiti. migrants is the United States.

Presidents and foreign ministers from many countries around the world meet this week in New York for the UN General Assembly. Summits and meetings are expected to discuss climate change, migration and the COVID-19 pandemic.

"The numbers that we are seeing are unpublished," he said.

The foreign minister also said that she has been asking for "co-responsibility" for a long time, that is, that Latin American countries and the United States feed them and carry out medical and biometric tests, since Panama, she assured, is the first country they arrive.

“We have also had people who have problems and alerts from Interpol and others, which, again, no one knew about, that is, no one really identifies. Panama becomes the filter of all this ”, he indicated.

The chancellor in June asked the United States and the European Union for financial help to deal with the problem.

Mouynes said that he still sees numbers of migrants arriving in Panama that "are above what was agreed" with Colombia, although the only solution, he said, is to face the problem regionally, with all countries as a bloc, and reach "a Political compromise".

“This co-responsibility implies that more countries assume this responsibility, because it is very easy to be further south and say, come migrants, 'I help you' and then look the other way and let them migrate on a route that they have no idea of ​​what to do. They are going to happen, how hard it is, we do not believe that it is responsible, nor is it the attitude, ”he pointed out. “In other words, if there is a country that is stimulating this migration, it is because it has to have the capacity to handle it. We have a maximum capacity to which we are already hit ”.

With the recent earthquake in Haiti, even more migrants will come, he warned.

“We are about to see that massive wave that is likely to come. So this is not going to stop and it is better to face it, "he said.

Sid 287 days ago
How about being a country and that is defined as having controlled boards. Shut the border, if caught send them back. Panama has its own people that need a hand up. Why are they helping people who just want to become ILLEGAL aliens in the USA. if a country is being invaded it needs to protect itself. Panama and every country north of here is being invaded. Does border patrol not carry guns?
View all comments (1)Add comment