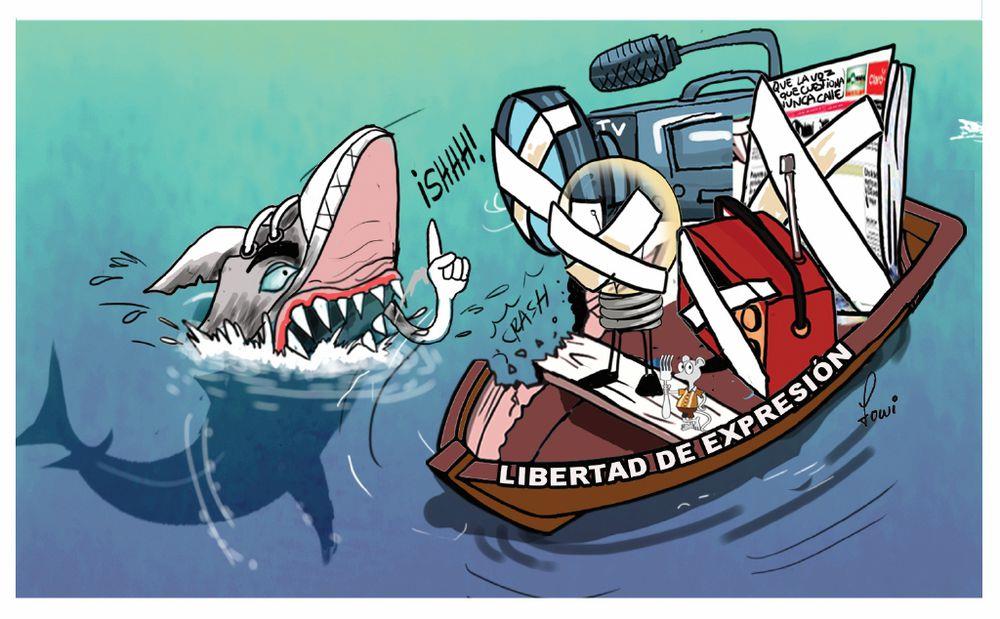 Panama - When politicians advocate and use violence

Deputy Mayín Correa, a fan of former President Ricardo Martinelli, has alluded to physical violence against journalists, arguing that in other countries conflicts with journalists are fixed by shooting, while in Panama, the former president only has the path of the civil courts to fight an 'unclean' campaign against him.
This is the second time that close associates of Martinelli have called for physical violence against the media and journalists, since one of his defense attorneys, Roniel Ortiz, did it months ago.

It is an escalation since Martinelli himself has been the protagonist of physical altercations, such as when months ago he attacked a journalist from Foco while trying to interview him, while, during his trial, he tried to beat one of the witnesses, in addition to the verbal violence that he and his lawyers continually use.

We would have to wait for this violence against critics, media, and journalists on the part of Martinelli and his sheaf if this subject reaches the Presidency, with all the power that this implies. His absence of tolerance will endanger any citizen - whether a journalist or not - who wants to express his opinion about him and his government. Is that what we want from 2024?

Maricella 276 days ago
Are you kidding, PanaTimes? So Martinelli is threatening free speech now? Really? Compared to what this government has done and continues to do? Remember the attempted protests last year and the unprecedented measures this government took to stop them because of "Covid"? For one, there's the caravan organized from Allbrook Mall to protest the violation of free speech stopped by force by Cortizo's goons. What about his goons using sticks to punish those who swept the streets because they did not wear masks that stop no virus? (Said so in the boxes before they removed the advisory). And what about the USD 1000 fine for not wearing that useless rag? Where did the money go? And masks continue to be forced on people even though they TRASH THE ENVIRONMENT and cause all sorts of ailments including serious allergies and again stop nothing? Is that not a form of violence against both the people AND THE ENVIRONMENT? Give me a break and print something worth reading, will ya? Nothing Martinelli will do could possibly compete with what this government has done. Just ask the thousands of fleeing foreigners who had residence in Panama and secured so-called humanitarian flights out. And all the Panamanians who have been suffering under 20% unemployment while government bureaucrats, especially from the PRD, have continued to receive their (unjustified) salaries. It's corruption unlike any I've seen. And that's saying something. Martinelli will be a welcome respite.
View all comments (1)Add comment