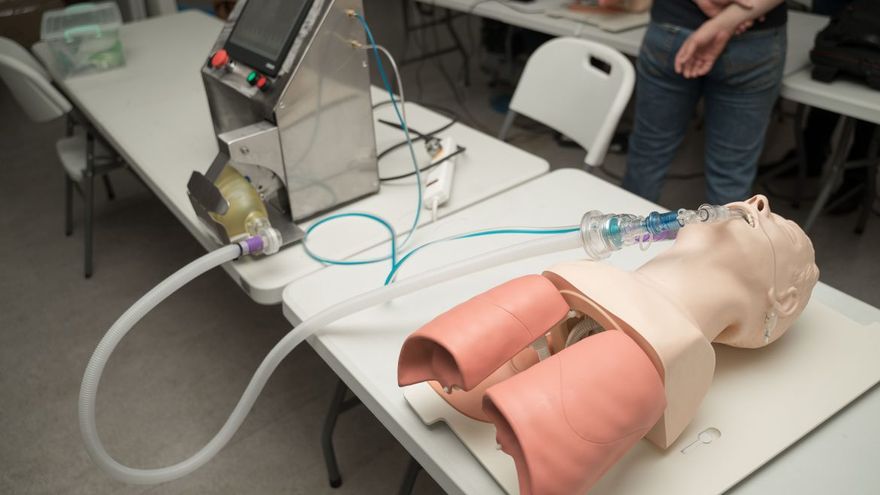 Two prototypes of ventilators for seriously ill patients due to COVID-19 developed in Panama are in the animal testing phase, those responsible for the project that seeks to produce 100% Panamanian equipment of this type said on Thursday.
Pre-clinical trials in animals (phases 2 and 3) are performed with healthy and injured pigs to simulate the respiratory difficulties of a patient with COVID-19, which has the approval of the Bioethics Committee for the Use of Animals of the University of Panama and together with veterinarians from this institution.

The prototypes must be capable of ventilating an injured animal for 60 minutes, maintaining the appropriate physiological levels of blood gases, metabolites and blood pressure, explained Dr. Rolando Gittens, researcher and one of the coordinators in a virtual conference.

The objective is to develop equipment 100% in Panama, he said, specifying that in total between five to seven prototypes have been designed that have been advanced, two of which have already reached animal tests and one has already is in the last phase of those animal tests that can simulate the breathing difficulties of a patient with COVID-19.

The cost of manufacturing this equipment, not yet certified in its entirety, is between 6,000 and 7,500 dollars, said Pablo Moreira, commercial director of PSL PSA, a company that supports the project.

The initiative, called 'Ventilators for Panama', has been developed since March by engineers, intensive care physicians and researchers from the Institute of Scientific Research and High Technology Services of Panama (Indicasat) and the Technological University of Panama, and has the support of the Ministry of the Presidency and the National Secretariat of Science, Technology and Innovation (Senacyt).

The idea arises as a result of the high global demand for these equipment as a result of the new coronavirus pandemic, to care for patients with respiratory failure in Intensive Care Units, which led to their shortage and the multiplication of their cost, according to with official explanations.

The engineers have divided into teams to develop the prototypes of mechanical emergency ventilators , and in a first phase, these go through functional tests with medical simulation manikins that are carried out at the Regional Center for Training and Simulation in Health, in the City of Knowledge, located on the outskirts of Panama City.

These tests were only passed by two of the prototypes advanced by different teams of engineers between April and July, which are the ones that are now tested with animals.
#COVID-19  #Covid  #Coronavirus
Add Comment