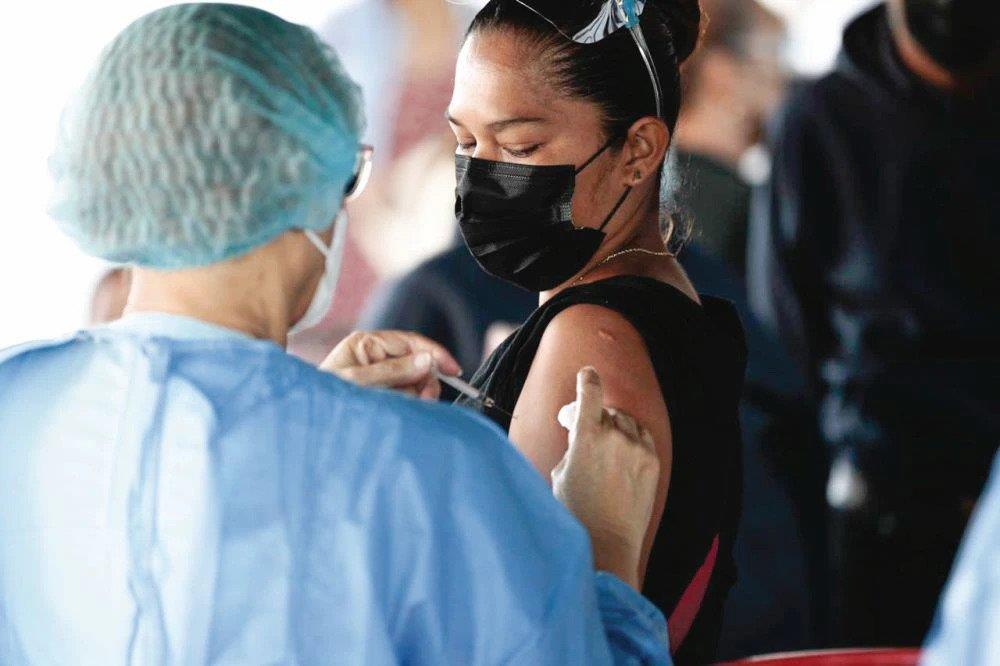 During the last week two studies have been published showing that the third shot against Covid-19 offers protection against the Omicron variant reinforcing the Panama decision to name only those with a booster shot“fully vaccinated”
The first was on January 18 in the scientific journal Science, through which researchers from the pharmaceutical company Pfizer/BioNTech tested pseudoviruses -a version of the virus- from Wuhan (original), Beta, Delta, or Omicron, with sera of 51 participants who received two or three doses of the vaccine.

The pseudoviruses mimic the behavior of Omicron, which has 34 mutations in its spike protein, a novelty the researchers say is not found in the original strain of the virus first detected in Wuhan.

The data showed that with just two doses, the sera had reduced neutralizing antibodies against Omicron by more than 22-fold when compared to Wuhan pseudovirus.

The data suggests that 'a third dose increases antibody-based immunity against Omicron, in line with previous observations that a third vaccination amplifies humoral immune responses against the variants,' the authors say.

The second study was published on January 19 in the journal The Lancet, which reiterates that a booster dose of the Covid-19 vaccine raises the levels of antibodies that neutralize the Omicron variant, according to laboratory results from the Francis Institute Crick and the UCLH Biomedical Research Center of the US National Institute for Health Research.

Both investigations go in the same direction as a study recently published by a team of scientists from the Ragon Institute of Massachusetts General Hospital (United States) in the journal Cell, which indicates that traditional dosing regimens of Covid-19 vaccines do not produce antibodies capable of recognizing and neutralizing the Omicron variant.

The approaches of the scientific studies coincide with what has already been pointed out by the vaccine advisor of the Ministry of Health (Minsa), Eduardo Ortega Barría, and the clinical researcher Xavier Saéz-Llorens.

In Panama, the booster dose began to be applied from the age of 16, three months after the application of the second dose in December.

Ortega Barría explained that the two-dose vaccination with the Pfizer/BioNTech pharmaceutical doublet formula offers 33% protection against Omicron infection, but 70% against hospitalization.

Sáez Llorens explained that the vaccination of people with previous Covid-19 and the booster dose has been shown to increase the number of protective antibodies.

The scientific community of several countries, including Panama, suggested advancing the application of the booster from three months after the second dose, particularly for people at higher risk to reduce the spread of Omicron.

In Panama, Minsa decided to recognize the three doses of the vaccine against Covid-19 as a complete vaccination scheme.
#BioNTech  #Vaccines  #COVID-19  #vaccine  #Pfizer  #Covid  #MINSA

mike 1 year ago
A recently published study from the "vaccination world champion" Israel does not confirm this.
According to Gili Regev-Yochay from Shiba Hospital near Tel Aviv: The booster showed only "modest effect" against omicron, the increase in antibodies after the fourth vaccination was "not very impressive."
The Ministry of Health there reported 68,513 new corona infections within a single day.
So stop this stupid boosting, stop scaremongering in Panama.
View all comments (2)Add comment