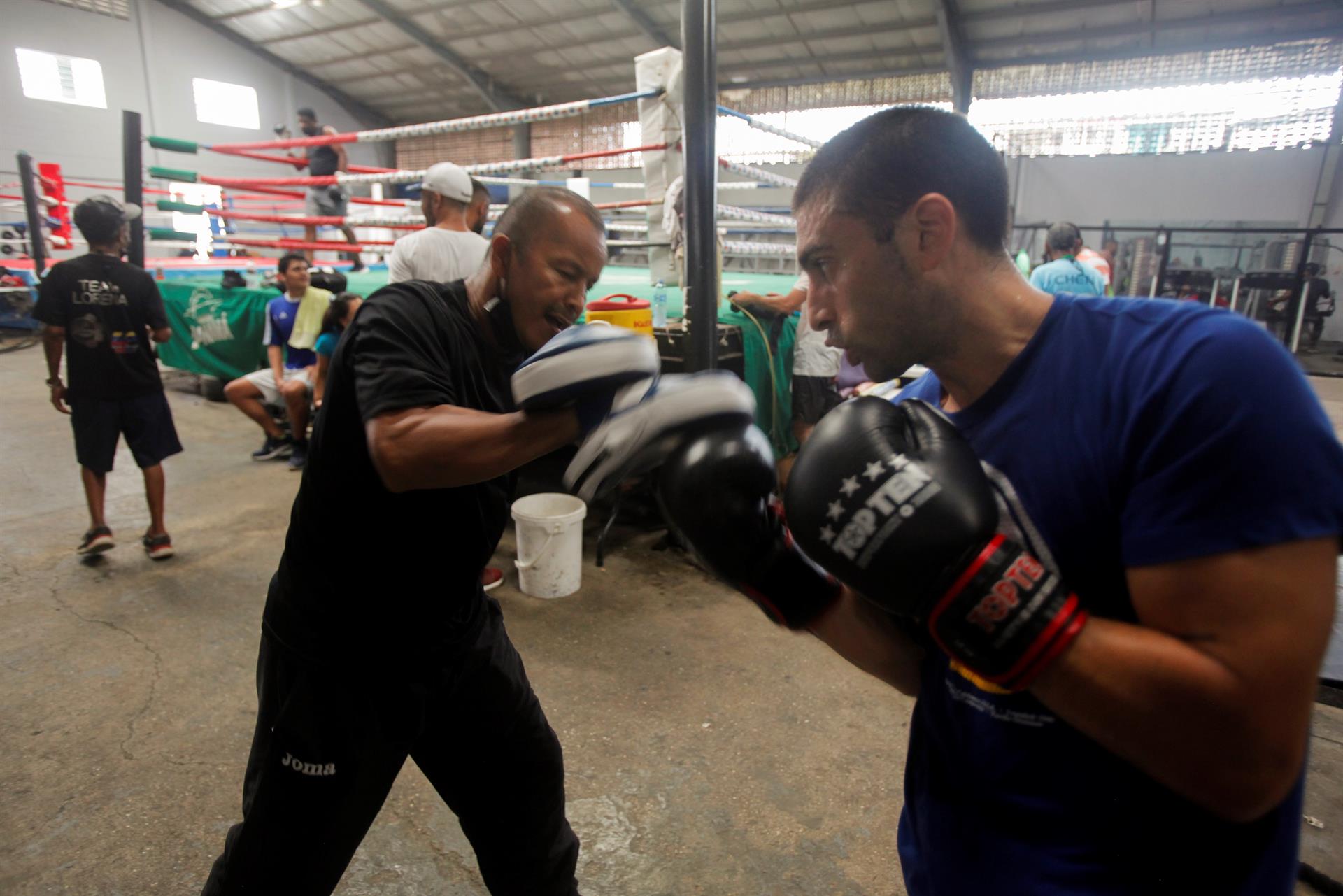 It can be heard said on the streets of Panama that boxing transcends sport in that country and is in fact a religion in itself.
Several generations of people have grown up knowing that one of the greatest fighters of all time, Roberto “Manos de Piedra” (Hands of Stone) Duran, was born in that Central American nation 70 years ago.

And many young people have an older relative, co-worker or acquaintance who celebrated Duran’s victories and even cried over his rare defeats.

But since the 1970s, when Panama twice could boast four world champions at the same time, the country has been unable to produce a comparable generation of elite boxers.

Those who harbor those dreams of greatness can be found at the Pedro “El Rockero” Alcazar gymnasium, a facility named in honor of that former WBO super flyweight world champion (who later sustained fatal injuries in the ring) and located in the densely populated Panama City neighborhood of Curundu.

Like in the glory days, that district remains the country’s boxing epicenter.

On any given day, more than 50 aspiring pugilists – amateurs and professionals alike – can be found honing their skills and building up their strength and conditioning in the hot and humid conditions.

A lack of funding and subpar conditions are stumbling blocks for local fighters who aspire to reach the top levels of the sport, trainer Rigoberto Garibaldi told Efe while walking amid the blaring music and pungent odor of sweat and observing pupils as they pound away at punching bags and mitts.

“It’s quite difficult here. These kids from are low-income backgrounds and don’t have economic assistance,” the ex-fighter said.

The gym’s equipment is of acceptable quality, although time and a lack of maintenance have taken their toll.

Another facility located in Panama City, the Jesus “Master” Gomez gym, is in poor condition and is a space shared by both boxers and wrestlers.

In the case of Olympic boxing in Panama, whose top athlete is female fighter Atheyna Bylon, it is estimated that an initial investment of $800,000 is needed to purchase new equipment ($500,000) and organize tournaments ($300,000).

According to figures from Panama’s Olympic Boxing Federation (Fedebop), the country is home to roughly 300 amateur boxers who are trying to make the leap to the professional ranks.

Among the pros, the fighter seen as the biggest title contender is 27-year-old Jaime “Little James” Arboleda, a super featherweight who has compiled a record of 18-2 with 14 knockouts.

In fact, that category is one where Panamanian boxers are continuing to shine despite limited resources.

Arboleda is currently the seventh-ranked contender in that division in the World Boxing Association (WBA) rankings, one notch behind countryman Ricardo Antonio Nuñez.

And another Panamanian, Jezreel Corrales, became the champion of that same division in 2016 when he stunned Japan’s Takashi Uchiyama and then defended his title twice before being knocked out by Puerto Rico’s Alberto Machado in October 2017.
Add Comment