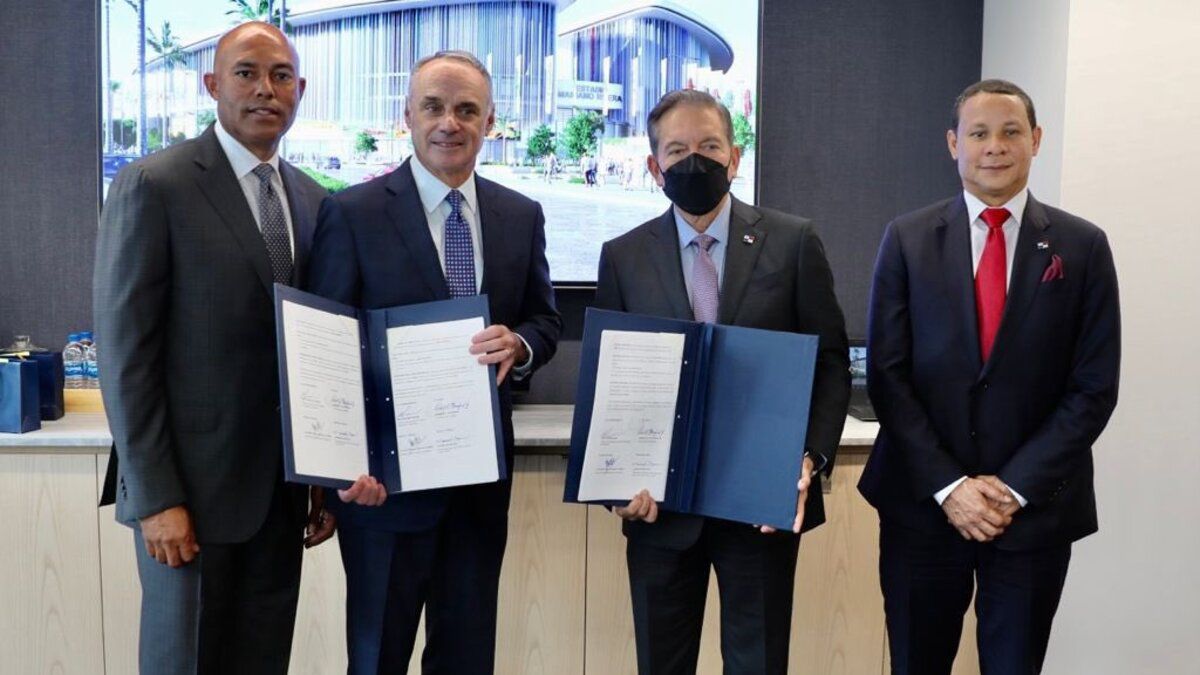 President Cortizo announced the construction of a training center, which will be located in La Chorrera and will be named after Mariano Rivera.
The National Government announced the construction of the Mariano Rivera High Performance Baseball Training Center in La Chorrera, after the signing of an agreement between Panama , represented by Héctor Brands, director of Pandeportes, and Major League Baseball ( MLB) , represented by Baseball Commissioner Robert D. Manfred Jr.

The agreement was signed this Thursday, September 22 in New York and had as honorary witnesses the president of Panama, Laurentino Cortizo and the member of the Baseball Hall of Fame, Mariano Rivera.

The construction will be done through a non-profit organization.

"I announce that in October the tender will be issued for the construction of the High Performance Baseball Training Center and the stadium that bears the name of Mariano Rivera, one of our sports glories," said President Cortizo.

With this memorandum of understanding, Panama will establish a program to develop the talent of young Panamanians and from other Latin American countries. Pursuant to this memorandum, MLB committed to providing technical advice on players, coaches, and the general infrastructure of baseball. These objectives will be achieved with the implementation of programs such as "First Pitch" and with the reinforcement of others such as "Training Partnership".

Panama, due to its geographical position, has managed to establish good connectivity in the region, offers daily flights to thirteen cities with MLB teams and this has allowed the country to propose to increase the number of Panamanians that enter the Major League system.

It should be noted that, on June 3, 2021, President Cortizo sanctioned a law to strengthen local baseball development programs, with that precedent added to this new agreement, the government affirms that Panama seeks to become a complement to the academies of baseball of the Major League teams in the Dominican Republic and be an instrument to expand the popularity of the sport in South America.
Add Comment