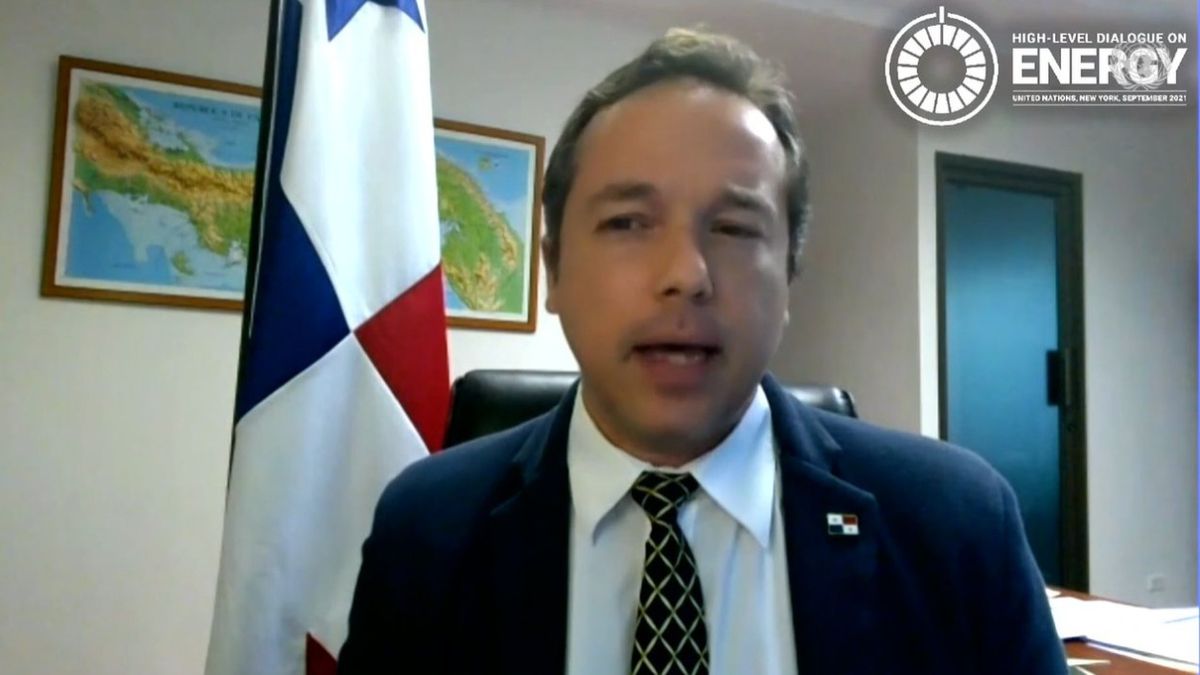 The highest representative of the Panamanian energy sector highlighted that Panama is currently one of the three carbon negative countries in the world.
Becoming the Regional Green Hydrogen Hub is one of the commitments that Panama made during the United Nations High Level Dialogue on Energy , in which the Secretary of Energy of Panama, Jorge Rivera, participated.

According to Rivera, among the commitments that Panama acquired in this dialogue are the following:

According to Rivera, the highest representative of the Panamanian energy sector, these initiatives, in addition to increasing the creation of new jobs, promote economic growth and human development, under the concept of green recovery.

He also explained that at a global level there are resources, and there is technology and concrete ideas to eliminate the inequality gap, however, he acknowledged that what is still lacking is the universal will and willingness to put ourselves “to work”, passing from words to actions.

Rivera added that "Panama's Energy Transition Agenda opens an unprecedented process of technological, economic and social innovation and the opportunity to improve people's quality of life."

For his part, the Secretary General of the United Nations, António Guterres, who appointed Panama as Global Champions in the advancement of a just and equitable Energy Transition, asked all governments to base themselves on international cooperation and provide the necessary support for a just, inclusive and sustainable energy transition.

Panama is currently one of the three carbon negative countries in the world.

This event aims to accelerate action on clean and affordable energy for all (SDG7), and seeks to encourage the development of voluntary energy compacts in order to inspire climate action on a global scale, it is the first meeting of leaders in more than 40 years at the United Nations dedicated exclusively to energy issues.
#ANT
Add Comment