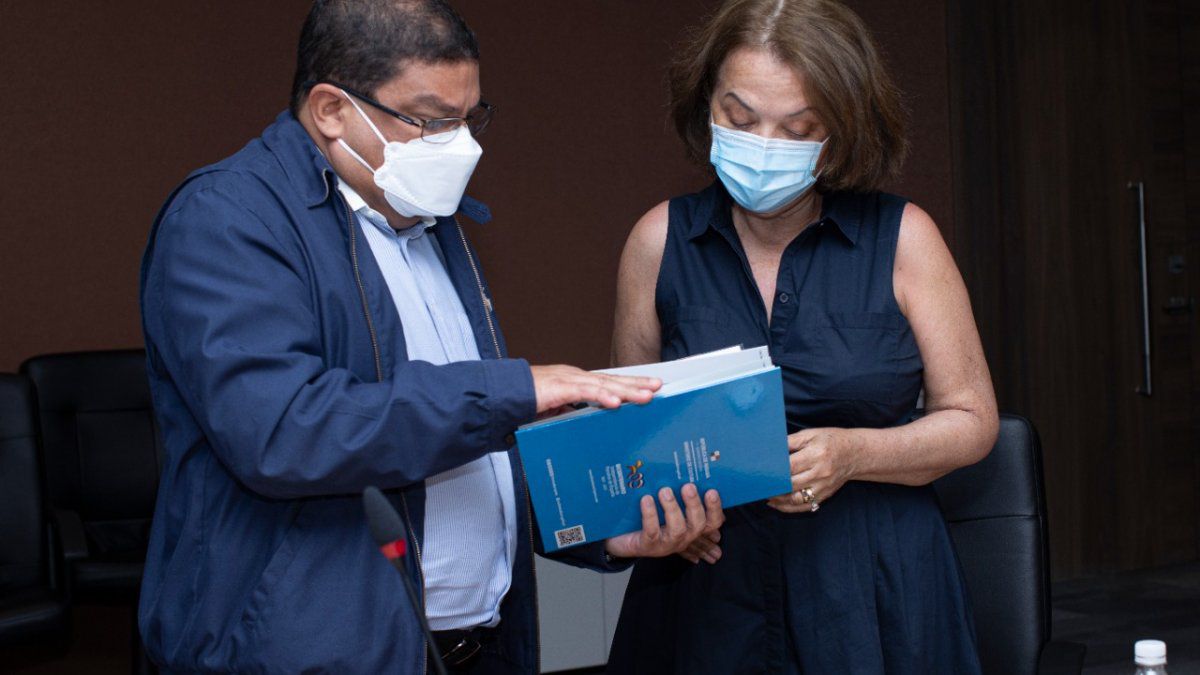 The declaration will entail a commitment by the country to conserve and give adequate maintenance to the sites included in the Trans-isthmic Colonial Route.
Achieving that the "Trans - isthmic Colonial Route of Panama" is declared a World Heritage Site by the year 2024, is an objective that the Ministry of Culture (MiCultura) has, and that was addressed this Mars during a meeting held by the owner of this entity, Carlos Aguilar, with Ambassador Elia Del Carmen Guerra, who chairs the permanent delegation of Panama to the United Nations Educational, Scientific and Cultural Organization (UNESCO).

"Panama maintains its firm commitment to achieve the inscription of the Colonial Trans-isthmic Route of Panama as a Panamanian contribution to the prestigious World Heritage List, so that the presentation by Panama will be towards the evaluation cycle that culminates in the year 2024", reported the Ministry of Culture.

The declaration will also entail a commitment by the country to conserve and properly maintain the sites included in the Trans-isthmic Colonial Route.

During the meeting, the strategies to achieve this declaration were presented, and the ambassador highlighted the coordination that exists between the embassy and MiCultura to achieve this objective, which is very important for the country because the initiative seeks to give a "universal value" to these points as they are Portobelo, San Lorenzo and Panamá Viejo.

"The Panamanian diplomat at UNESCO, Elia del Carmen Guerra, said that the meeting with Minister Aguilar Navarro and his work team served to coordinate the work carried out at UNESCO and the support given to the activities of the Ministry of Culture" , he points out.

It details that the Trans-isthmic Colonial Route of Panama is made up of the sites of San Lorenzo and Portobelo, the Camino Real and the Camino de Cruces, in addition to the archaeological site of Panama Viejo and the Historic District of the Old Town of Panama, which at the time was known as the "Strategic Triangle of Panama."

The national director of Cultural Heritage of MiCultura, Linette Montenegro, considered the work meeting with the ambassador “very enriching”, since as the representative of the country in the world organization, she can contribute to facilitate the declaration processes as requested by Panama.

Meanwhile, the Senior Office Advisor on Cultural Heritage, Katti Osorio, who participates as a specialist in efforts to ensure that the Panamanian world heritage "Fortifications of the Caribbean Coast of Panama: Portobelo and San Lorenzo" is removed from the “List of World Heritage in Danger”, explained that in 2019 Panama took the project of inscription in the World Heritage List “Colonial Route of Trans-isthmus of Panama” before the Intergovernmental Committee on World Heritage of the Unesco Convention of 1972 on the Protection of World Cultural and Natural Heritage.

"The Committee deferred the proposal to provide the country a period of two years" to improve and refine the proposal "; but due to the effects of the COVID-19 pandemic on the economy as well as the prioritization of the use of State resources to safeguard the life and health of the inhabitants, including quarantine periods, and also due to administrative complexities during the creation and formation of the Ministry of Culture among other reasons, the works on the improvement of the proposal are in development ”, indicates Micultura.

Mi Cultura adds that the 21 countries of the Unesco Intergovernmental Committee for World Heritage will be in charge of evaluating the inscription of the Panamanian proposal.

It is worth mentioning that the Republic of Panama has five sites declared World Heritage of which three are of a natural nature, which are the La Amistad International Park (PILA); the Darién National Park and the Coiba National Park; and two are of a cultural nature, these being the Caribbean coast with its components of Portobelo and San Lorenzo and the archaeological site of Panama and the Old Town.
#COVID-19  #Covid
Add Comment