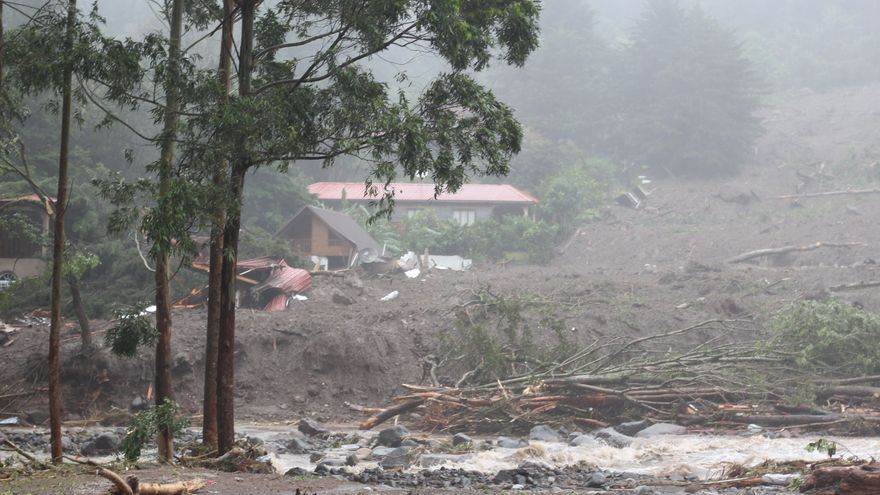 Panama reports 76 critical areas after floods, 43 have been cleared

The Minister of Public Works, Rafael Sabonge, reported that there are 76 critical areas in Panama after the floods and landslides recorded by the indirect effects of Hurricane Eta, 18 more than those reported five days ago in the first report by the authorities.

Of the total critical areas, 57% have since then been cleared, representing 43 areas.

The MOP regional directorates serve 6 of 7 critical points in the province of Coclé, 18 of 21 in Veraguas, 7 of 17 in the Ngäbe-Buglé Region, and 16 of 30 in Chiriquí.

However, despite the efforts, the condition of many slopes is highly unstable due to soil saturation and the large amount of rainfall recorded.

For his part, the Minister of Security, Juan Pino, explained that the number of missing persons remains at 24, the number of deaths at 17 and the number affected at 3,551.

While the number of flood sites remains at 18 and landslide sites at 20.

According to Pino, isolated people are no longer registered in communities without access.

The National Civil Protection System warned that light to moderate rains with gusts of wind are expected at the national level for today, and reiterated that the vigilance notice is still maintained due to the passage of tropical wave No. 46.

To date, there are a total of 34 ambulances deployed, 9 search and rescue points in Chiriquí and 5 in the Ngäbe-Buglé Comarca.

The authorities reiterated that the collection centers are being maintained to provide assistance to the victims.
Add Comment