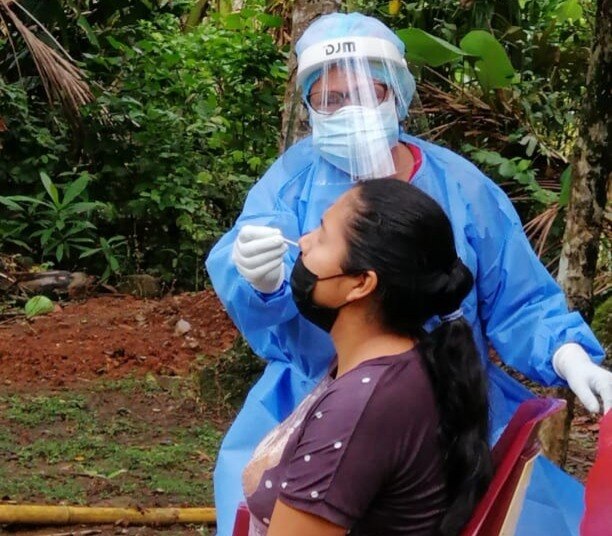 The epidemiological report of the Ministry of Health (Minsa) highlighted this Tuesday, April 6, that seven new deaths are reported in the last 24 hours due to Covid-19 and one from an earlier date.
With the new deaths in the country, 6,146 deaths accumulate, according to the Minsa.

According to the figures released today, in Panama there are 357 new cases of infected, for a cumulative of 356,913.

According to the entity, 10,381 new tests were carried out, for a percentage of positivity of 3.4%, the lowest since the pandemic began in the country.

Meanwhile, in home isolation there are 4,143 people, of which 217 are in the so-called hospital hotels.

In addition, there are 471 hospitalized, of them 402 are in a ward and 69 in an intensive care unit.

A fact that stood out this Tuesday in the epidemiological report is that an increase in the effective reproduction index (Rt) from 0.91 to 1 is reported.

Ideally, stay at 1 or below 1, according to health authorities.
#MINSA  #COVID-19  #Covid
Add Comment