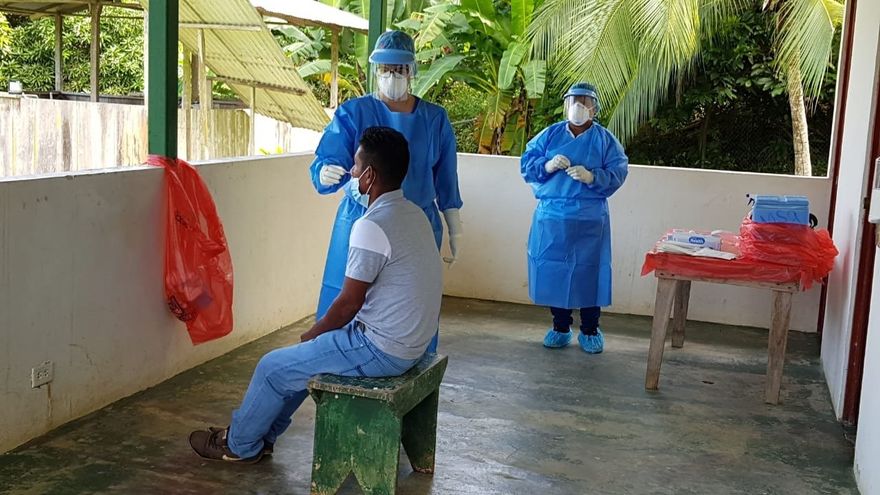 The epidemiological report of the Ministry of Health of Panama (Minsa) reported this Saturday, November 20, that in the last 24 hours there have been 153,577 accumulated cases of COVID-19, after 1,228 new infections were registered.

The report adds that there were 14 new deaths, bringing the number of deaths to 2,946 from coronavirus in the country. The case fatality of the virus is 1.9% (fatality rate to total population is 0.07%).

In Panama, some 134,360 people have recovered from this disease and 16,271 still remain as active cases.

Of this figure, it was detailed that 14,673 patients remain confined to their homes and 672 stayed in hospital hotels.

Of those hospitalized in wards, 777 convalescent with this virus and 149 confined in intensive care units are reported.

Sonya 176 days ago
When the heck are you going to include evidence that the frigging PCR test does NOT work as diagnostic for this C-19 flu because a) it was not designed as a diagnostic test and b) it picks up everything, including traces from previous flu vaccines. Tens of thousands of doctors across the planet have also been saying for MONTHS that this is NOT a pandemic.
So, how about printing stories like this one:
Portuguese court finds PCR test not valid and quarantines based on it are unconstitutional:
https://www.zerohedge.com/political/portuguese-court-rules-pcr-tests-unreliable-quarantines-unlawful
Come on, man! Stop! Enough already... This fake epidemic was used to steal the US election and to put forward an agenda that, whatever they say, will NOT help the planet. For months they locked down the very scientists, rangers, and other personnel in charge of monitoring endangered species on a regular basis. The result? Worse illegal poaching, illegal hunting, illegal deforestation, illegal fishing and more narcotrafficking tied up with the above and with connections in the People's Republic of China. Didn't you hear about Chinese fishing boats going into Ecuadorian waters to plunder the Galapagos Reserve? Even Secretary of State Mike Pompeo was hollering about it. Those people don't play by the same rules. They DON'T care about rules. I was also told by reps from key wildlife organizations that they do NOT know the fate of several endangered species because rangers and biologists were not able to get out there and find out what's happening. But lockdowns do NOT stop the criminals.
STOP THIS FAKE NEWS ALREADY! ALREADY!