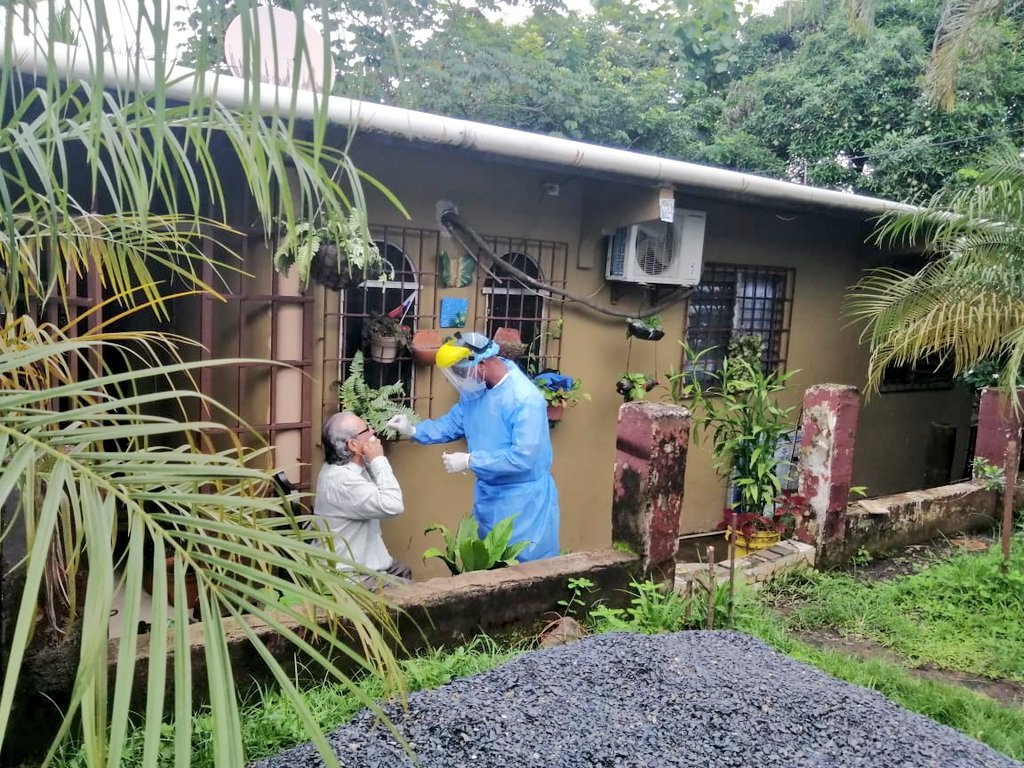 The Ministry of Health (Minsa) announced on Tuesday, July 7, that there are total of 40,291 cases of the virus in Panama. According to the official report, the coronavirus has left a total of 799 dead in the country.

According to the official data, the total number of infected with the virus in the country is now 39,334, while 18,726 patients have clinically recovered from the disease. There are currently 20,766 active cases.


The effective reproductive number of cases (Rt) or average value of the contagion rate went from 1.48 to 1.35 in the week of June 28 to July 4.


A total of 29 new deaths were recorded over 24 hours, which brings the total to 799. The death rate is currently 2% of the infected.


19,012 patients are in home isolation and 732 are in so-called hospital hotels.

The Ministry of Health also reported that 862 are in the hospital ward and 160 in the intensive care units.


Health Minister Luis Francisco Sucre announced that progress is being made in actions that allow the gradual reopening of economic activities in the province of Los Santos.

He explained that work is being done to strengthen the control points between Los Santos and Herrera, to prevent people with positive Covid-19 from passing from one province to another and thus prevent the chain of contagion.

Sucre also reported that details are being finalized for the reopening of the Minera Panamá company, after it has complied and adapted the provisions established in the Covid-19 protocols.

This opening will be gradual and progressive, taking into account that the company made the requested adjustments such as the provisions for the physical distance between collaborators, the formation of the Covid-19 Committee, and the acquisition of evidence for employees, which should be applied before entering the mining company and thus control those who test positive, the minister said.

He said that an inter-institutional team made up of the Minsa, the Ministry of Labor, the Ministry of Commerce and Industries and the Ministry of the Environment inspected the facilities of Minera Panamá, where it was verified that all the provisions established by the authorities were complied with.


The director of the Social Security Fund, Enrique Lau Cortés, said that work is being done to prevent patients free of Covid-19 from being infected in the facilities of that entity and mentioned as an example that this weekend the first phase of the transfer from the Neonatology room of the Hospital Complex to the Irma Tzanetatos Hospital.

Starting this week there will be 60 new beds in the Severely Ill Complex, and also includes ventilators and other necessary equipment, he said.

He added that 156 doctors and 125 nurses have been appointed and the process of hiring 50 more doctors and 96 patients is being carried out in order to strengthen the team of health workers.