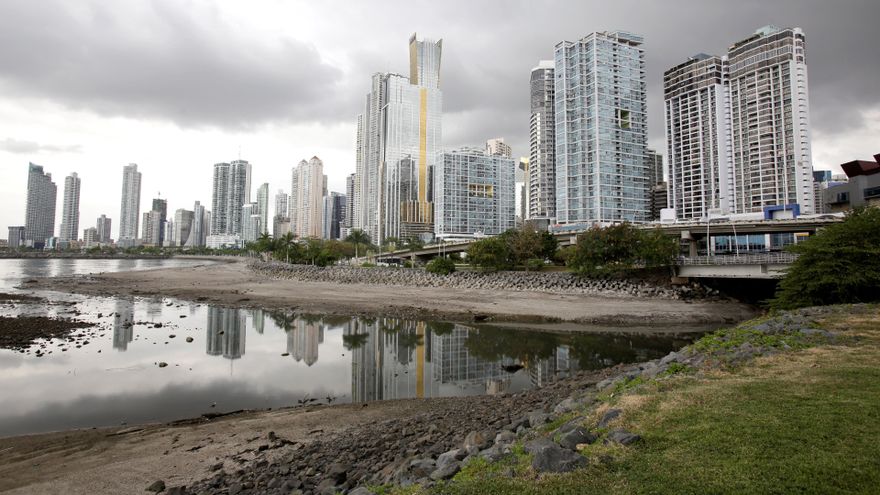 Panama plans to reduce emissions from the energy sector by 24% by 2050, one of the edges of its National Climate Action Plan presented this Saturday by Panamanian President Laurentino Cortizo at the Climate Summit.
"Our country is committed to 29 contributions that include the development of 5 sectoral climate change plans", which cover the sectors of "integrated management of hydrographic basins, sustainable infrastructure, public health, energy, agriculture, livestock and circular economy," said Cortizo.

Panama will create the conditions for the development of a national market for carbon pricing through the National Reduce Your Footprint Program, which will facilitate green recovery and the transition to carbon neutrality by 2050, indicated the Ministry of Environment ( My Environment).

Thus, the country "will continue with its energy transition process that aims to achieve a 24% reduction in emissions from the energy sector by 2050. This commitment is key in one of the sectors with the highest incidence of national greenhouse gas emissions" said a statement from the Environment .

The Panamanian Government has updated the first Nationally Determined Contribution (CDN1), which includes all the country's climate commitments, and will present it this month to the secretariat of the United Nations Framework Convention on Climate Change (UNFCCC), in compliance of the Paris Agreement.

During his virtual speech at the 2020 Climate Ambition Summit, President Cortizo appealed to the will of nations to achieve "an alliance of the Americas for Climate Transparency, which allows promoting agreements and mechanisms to share climate data that provide evidence scientific for correct decision-making in the face of the climate crisis".

"It is sensible to strive for a safer and more sustainable planet, we are perhaps the last generation that has a real chance to achieve it and what we do today will define our collective success or failure," said the Panamanian president.

The Climate Ambition Summit 2020, organized by the UN, the United Kingdom and France, urged countries this Saturday to reduce their polluting emissions to net zero by 2050, in favor of sustainable development that allows creating jobs and saving the planet.

In the event, in which more than 75 leaders and entities participated, the Secretary General of the United Nations, António Guterres, asked the Heads of State and Government to declare a "climate emergency" in their territories "until carbon is reached. neutrality".

Guterres recalled that 38 States have already recognized "the urgency" of the situation and urged everyone to adopt the goal of reducing polluting gas emissions to net zero by 2050 and by 45% by 2030.
#ANT

Oh ya 128 days ago
So a whole article on what he is going to do without one word of how he is going to do it. So say what the tree huggers want to hear and then get back to the real world. He has bigger problems than cow farts. He has a country that relies on tourism for lots and tourists are not and will not be coming like the good old days. The big ditch makes some money but the country does not manufacture anything. So as the world economy slows, the ditch slows, the tourism slows and his people go hungry
View all comments (1)Add comment