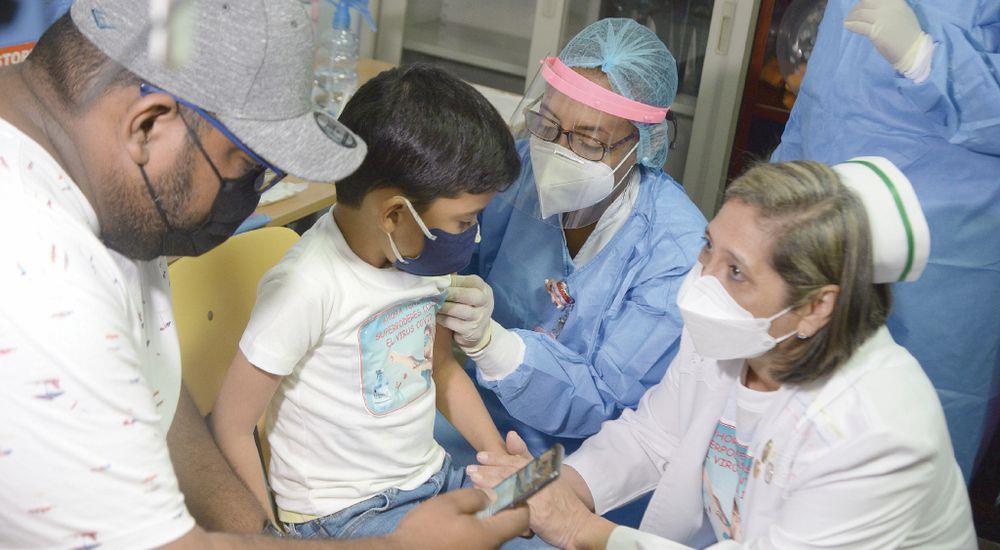 Parents by the hundred lined up with their children on Friday, January 7 at 28 locations in Panama on the first day of vaccinating the child population between 5 and 11 years of age.

It is a group of the population that, since the beginning of the pandemic, had a lower risk of becoming ill and dying from Covid-19 than other age groups. However, for scientists such as Javier Nieto, former director of the Gorgas Memorial Institute for Health Studies, it lowers the incidence of cases, hospitalizations, and deaths in children, and reduces the severity of the infection, particularly in the context of severe pneumonia and the development of multisystemic inflammatory syndrome due to Covid-19 (which affects children between 5 and 13 years old).

The vaccination started at the Pediatric Specialties Hospital of the Social Security Fund (CSS), the Children's Hospital and at Omar Park, where the doses began to be applied to children with chronic diseases and disabilities.

The first child to be vaccinated was 8-year-old Jassier Clark, who received the first dose at the Pediatric Specialties Hospital, and at the same time, Angélica De León (10 years old) was inoculated at the Children's Hospital.

During the day, the Deputy Minister of Health, Ivette Berrío, announced that on Sunday, January 9, the next batch of 60,000 pediatric doses will arrive in the country.

There are 28 points throughout the country where the vaccination process takes place, which will be resumed on Tuesday, January 11, because Monday 10 is a mandatory day of rest to commemorate the events of January 9, 1964.

Health authorities also project that between the first and second week of January they will inoculate a total of 25,400 doses to this part of the pediatric population. In total, 522,198 people are between 5 and 11 years old, which represents 12% of the total population of the country.

Parents or caregivers must bring their child's vaccination card and a document, such as a birth certificate or identity card.

mike 323 days ago
How many children from 5 to 11 die of covid-19? Close to zero? Then vaccination makes absolutely no sense.
Then why are you poisoning their bodies?
View all comments (1)Add comment