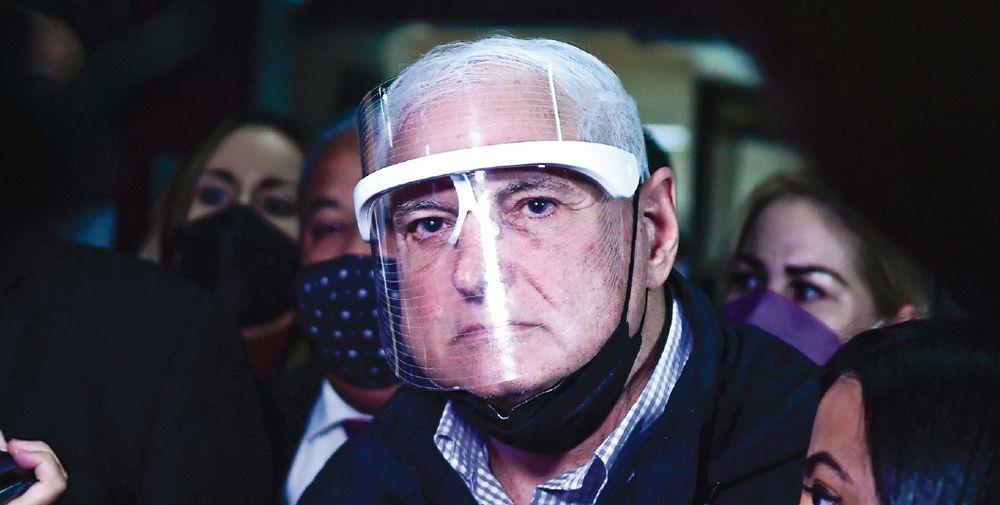 Martinelli reacts to video and prosecutor probe with threats

The Special Anti-Corruption Prosecutor's Office has opened an investigation following a video made public by the digital medium Foco, in which Ricardo Martinelli would have coincided with the husband of Marysol Osorio, one of the judges who recently acquitted him of political espionage.
The meeting took place of Sunday, October 31, 2021, in the restaurant of the Club Deportivo Unión Española, in San Francisco. The next day, when the trial of the former president was resumed, the defense announced that it was suspending the presentation of evidence.

Alejandro Pérez, who is part of the ex-president's team of lawyers, also appears in the video. At the next table was the former representative of Bella Vista, Virgilio Crespo, who also sat at the table of Martinelli and Pérez. Before leaving the place, Martinelli said goodbye to a man who was occupying a two-seated table, who is seen chatting on his cell phone. Foco identified that man as the husband of Judge Osorio and said that Ricardo Ramírez Bustos is a close friend of Virgilio Crespo.

Hours after the video was made public, and citizens repudiated the fact, reports La Prensa Martinelli issued a warning: he will sue civilly and kidnap the property of those who make a 'dirty campaign' against him. He said that the person who greeted when he left that day is Amado Arjona's father.

Alejandra Araúz, president of the Forum of Journalists, said that is becoming too common in Panama that people questioned their actions, when they do not like the news, direct their hatred against journalists and the media that cover events.

“But even more regrettable and worrying is that these legal actions find a niche in the bodies called to administer justice. Ethical and responsible journalism does not carry out“dirty campaigns”, its function is to inform and sometimes even reveal what is hidden”, he said.

Griselda Melo, president of the National College of Journalists (Conape), said that journalists have the duty to disclose any information that affects society in the development of fundamental democratic bases. She said that Conape will be vigilant against any action that may cloud journalistic work, and reiterated the call 'to exercise responsible journalism in favor of society.”
Add Comment