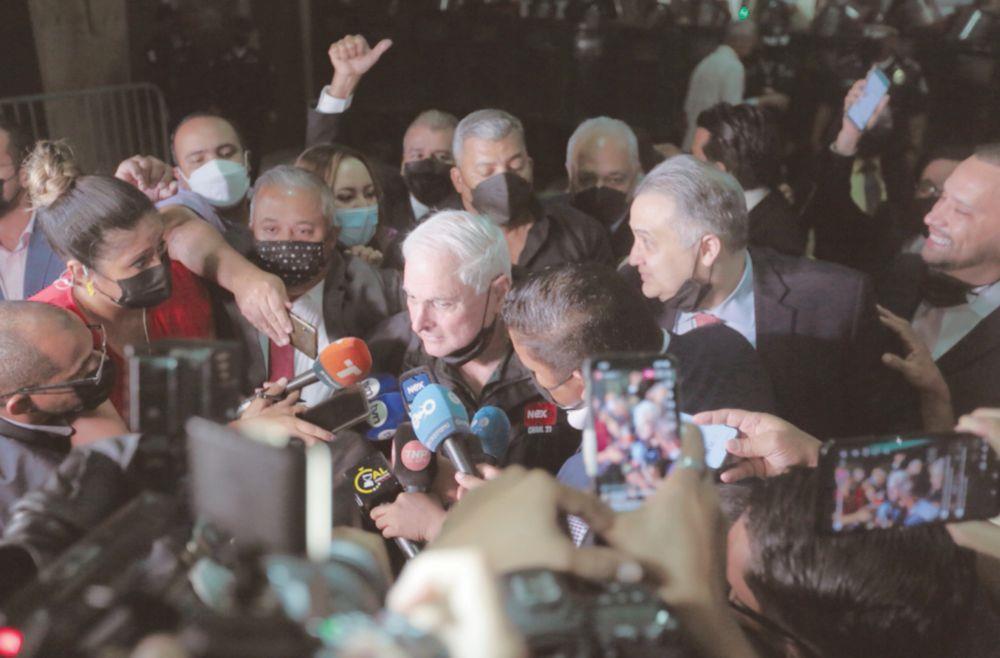 Martinelli moves from the frying pan to the fire

Former President Ricardo Martinelli, acquitted last week of illegal wiretapping has moved from the frying pan into the fire as he now faces trial in two other cases and his sons are moving to the US when sealed files will be opened revealing the name of a high ranking official in the Martinelli administration linked to the money-laundering charges they face

The Second Court of Justice confirmed the decision of the Third Court for Criminal Proceedings that validates the investigation order of the Special Prosecutor's Office against Organized Crime, against for alleged money laundering in the New Business case and in July he will face charges related to Odebrecht.

The decision was published in an edict of November 9, 2021 of the court, in charge of Baloisa Marquínez reports La Prensa.

The lawyer Carlos Carrillo, from Martinelli's team, had presented a controversial incident, alleging the so-called "specialty principle", consigned in the 1904 extradition treaty between Panama and the United States.

Carrillo confirmed that he is also processing a similar appeal, but in the Odebrecht case, where his client was also called for an investigation.

The New Business prosecutor, Emeldo Márquez, maintains that the Public Ministry has a constitutional and legal obligation to prosecute crimes. Márquez also relies on a decision of the Second Superior Court of Justice of November 14, 2017, which declared the case as a complex case due to the plurality of the facts investigated, which has transnational characteristics, since several of the transfers of money were made from the outside.

On this subject, in December 2019 Thomas Hainemann, legal adviser of the United States Department of State, sent a letter to the Public Prosecutor's Office informing that Martinelli was no longer subject to the principle of specialty in matters of extradition, as he had been allowed to travel outside of Panama from September 15, 2019.

Martinelli, extradited from the United States on June 11, 2018, to answer for the wiretapping case, is one of the 26 people for whom the prosecution has requested a trial for the purchase of Editorial Panamá América, SA (Epasa), supposedly with public funds in 2010.

Martinelli has not testified. On July 2, 2020, when he had to answer to the prosecutor, he presented a disability.

Roniel Ortiz, from Martinelli's legal team, said that in this file his client has all the evidence that it is a "banked and legally justified" money.

For the prosecution, however, it has been possible to establish that $43.9 million were transferred, through a complex scheme, for the purchase of the Epasa group and it was possible to recover $9.2 million (20%) "in shares, which were remitted to the National Treasure".

Ortiz said that the fact that an economic group has“delivered” 20% of the shares to the Treasury means that the State should be proportionally responsible for the operating expenses of the publishing group, from electricity to payroll.

On Friday, November 12, the preliminary hearing of the New Business case was expected to begin, but due to lack of proper notification from the defendant Daniel Ochy Diez, it was suspended.