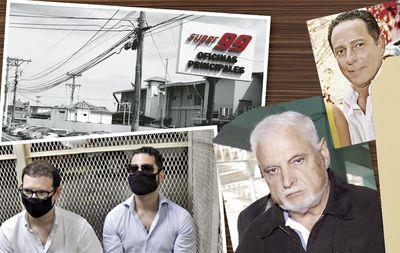 The Third Liquidator Court for Criminal Cases rejected an appeal filed by Importadora Ricamar, SA, ( the company name of Super 99) within the process that is being followed for the bribes that the construction company Odebrecht confessed to having paid to Panamanian officials and politicians.
This is a controversial incident promoted by Shirley Castañeda, a lawyer for Importadora Ricamar, against the September 28, 2020, investigation of Alejandro Garuz Adames, who at that time was listed as the legal representative of the company.

Judge Baloisa Marquínez declared the controversial incident unproven, on January 13, 2022. The parties were notified through an edict, set on January 18.

Martinelli and his two sons, as well as Mizrachi, are on the list of defendants. Ricardo Alberto and Luis Enrique Martinelli Linares have even already pleaded guilty to receiving bribes from Odebrecht, and they are currently detained in New York; awaiting sentence in May

In September 2020, Mizrachi told prosecutors that in 2009, in the midst of the race for the Presidency of the Republic, Martinelli contacted him to receive a $4 million donation from Odebrecht for his campaign. The first donation arrived on January 13 of that year. According to the investigation, that was only the beginning of many other donations.
Add Comment