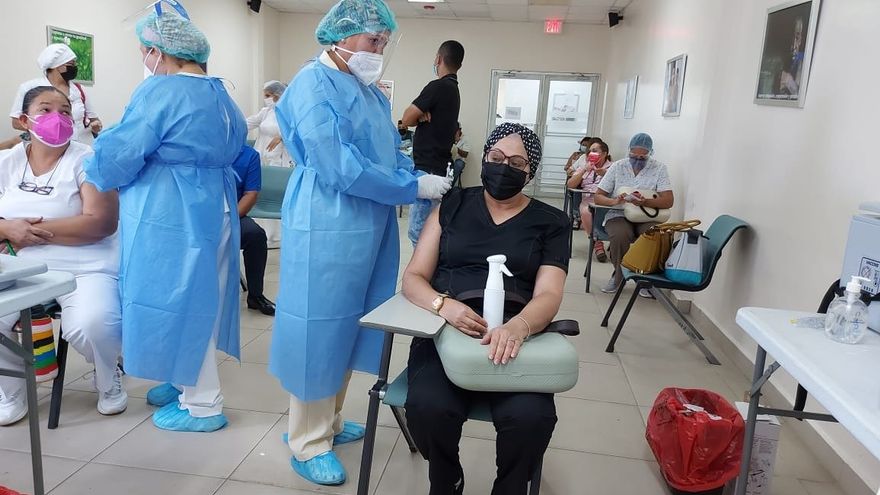 Panama has applied 309,324 doses of the COVID-19 vaccine in two months

In Panama, 309,324 doses of the COVID-19 vaccine have been applied within the framework of the immunization process that began on January 20.
The authorities of Panama, a country of 4.2 million inhabitants, have set a goal to vaccinate 84% of the population this year through a four-phase program, the first two already underway and aimed at priority groups.

The Government of Panama has allocated 56 million dollars for the purchase of 3 million vaccines from Pfizer, 1,092,000 from AstraZeneca, 300,000 from Johnson and Johnson, and 1,112,410 from the Covax Mechanism of the World Health Organization (WHO), and negotiates with Russia the acquisition of between 2 and 2.5 million doses of Sputnik V.

Pfizer is currently the sole supplier and has already delivered 350,860 servings of the drug, initially with a delay that forced the vaccination process to be suspended, while the first batches of AstraZeneca are expected to arrive in the country next April.

Panama is the country that accumulates the most cases of the disease in Central America, and saw its economy collapse by 17.9% in 2020 due to the pandemic. The authorities have focused their recovery strategy on immunizing the population.

After a strong pandemic peak at the end of 2020 and the beginning of this year that forced another almost total closure of the economy, the covid seems to give a "respite", as admitted by the authorities, who continue to ask the population "not to lower the guard" and maintain biosecurity measures.
#COVID-19  #vaccine  #Pfizer  #AstraZeneca  #Covid  #Vaccines
Add Comment