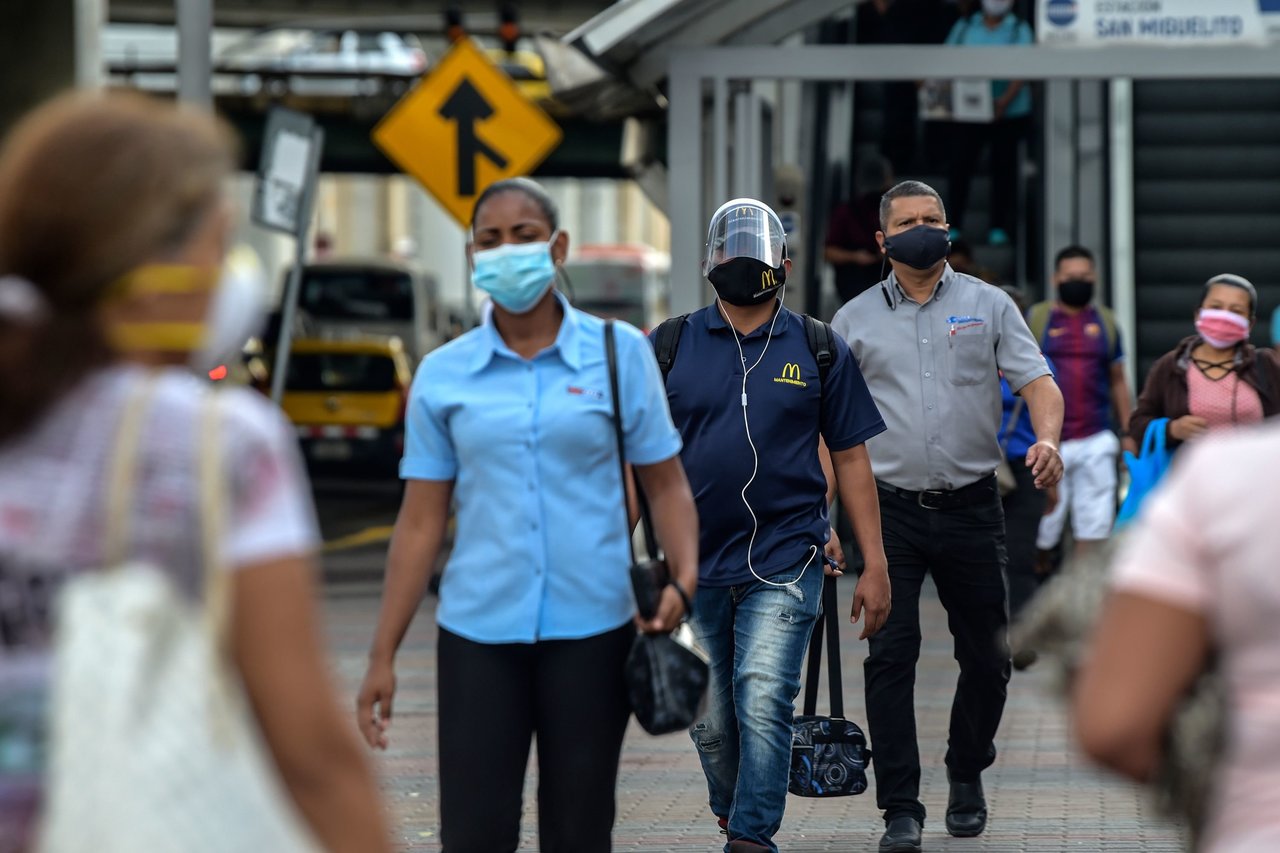 Corgas: Panama had hidden transmission of Covid-19 for about 2 or 3 weeks

A study by the Gorgas Memorial Institute for Health Studies (ICGES) confirms that the virus reached the country in mid-February.

The investigation found a local transmission for February 23 - Carnival days - but the potential source of the infection dates back to February 15.

Furthermore, it shows that in Panama a strain originated a cryptic (hidden) transmission for at least 2 to 3 weeks before being detected by the epidemiological surveillance system.

Hidden strain of the virus spread in the country


The puzzle of the arrival in Panama of the new coronavirus SARS-CoV-2, transmitter of the Covid-19 disease, begins to take shape after scientists from the Gorgas Commemorative Institute for Health Studies (Icges) obtained key pieces, through of genome analysis and mathematical epidemiology.

Preliminary results of studies from the first five weeks of the Covid-19 epidemic in the country confirm that the virus arrived just in mid-February of this year.

In the epidemiological investigation, it was found that there was already a local transmission by February 23. The assertion is based on reports of the onset of symptoms of the first local case confirmed on March 9, and the potential source of this infection dates back to February 15.

This is explained in the pre-print of the study 'Early transmission dynamics, spread and genomic characterization of SARS-CoV-2 in Panama'.

Another interesting piece of the research is that the scientists sequenced 313 complete genomes from samples of patients with the disease, which allowed them to establish that 10 lineages (strains) that have their origin of import arrived in the country. The strains were detected through epidemiological surveillance of suspected cases and their contacts through active tracking.


Alexander Martínez, head of the Genomics and Proteomics department at ICGES, explained that of the 10 strains detected, at least 7 were effectively controlled, and the other 3 showed great growth among the population.

The three strains that spread in the country were A1 (United States), A2 (Spain) and B1 (Italy). In fact, the A2 strain from Spain arrived, mutated and established itself among the Panamanian population, originating the A2PAN strain.

Martínez explained that the growth of this strain in the country originated because it was not detected during the last two weeks of February and at the beginning of March, which prevented its control. In other words, there was a cryptic (hidden) transmission of the virus.

The scientist argued that at the beginning of the epidemic the cryptic (hidden) lineage very possibly circulated in the people who started symptoms around February 15 and in the teacher who died, and that those few cases led to a large initial transmission.

In addition, Martínez pointed out that the analysis of viral lineages carried out shows how in Panama the virus arrived from different places, and if compared to the rest of the continent, the lineage that was transmitted was not the same that spread in countries like Brazil, Mexico, among others.

Jean Paul Carrera, virologist and epidemiologist at ICGES, stressed that cryptic or hidden transmission is a transmission that goes unnoticed by the surveillance system, and potentially occurs because the virus is in asymptomatic people or with very moderate infection, which does not allow a easy identification of cases and virus circulation.

We believe that the cause of the panorama that we are experiencing today is due to the hidden transmission that originated at the beginning of the pandemic in the country, he said.

The Gorgas institute study also indicates that Panama has the highest number of confirmed SARS-CoV-2 infections and deaths in the Central American region.

The reason for this number of cases and deaths, according to the research, is the hidden transmission of the virus, the dynamics of rapid and early transmission, the active search for cases and their contacts, combined with a strong molecular testing capacity in the country.

The study is a work between scientists from the departments of Virology and Biotechnology, and Genomics and Proteomics of Icges, Department of Epidemiology of the Ministry of Health, the University of Oxford, among others.

The preprint of this research was published on August 4 on the scientific site Medrxiv, and is under formal evaluation by peers of experts in international journals.

The evolution of the epidemic in Panama is not the only one that has been under the gaze of Gorgas scientists, but they have also researched the case of Brazil.

The main similarity between the epidemic in Panama and Brazil is that they fail to suppress the circulation of the virus, although both countries have reduced the magnitude of the Covid-19 pandemic.