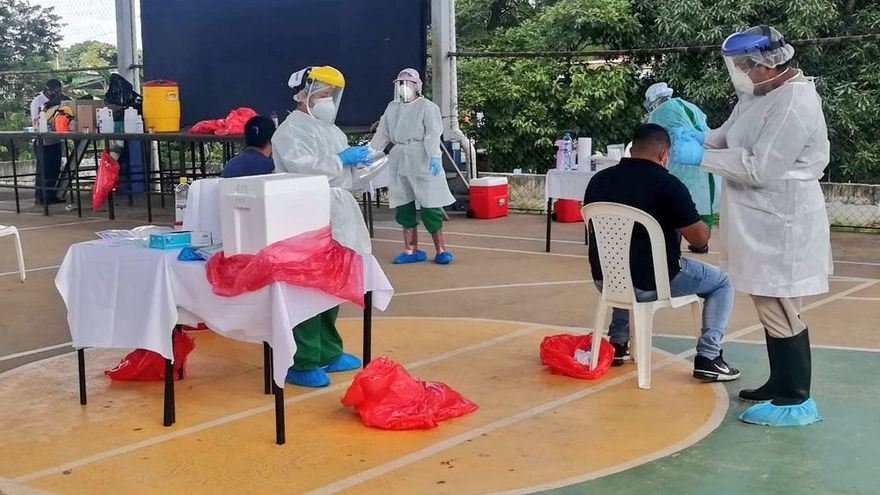 Panama totals 1,892 deaths linked to COVID-19. With 1,420 new cases, the country registers 86,900 infections of the virus at the national level, as reported by the Ministry of Health (Minsa).
According to the epidemiological report of Sunday, August 23, there are 61,420 clinically recovered patients.

14 new deaths were registered in the last 24 hours, with case lethality of 2.2%.

The Minsa detailed that the effective reproduction number (Rt) stood at 0.99, according to the latest report, reflecting a sustained decrease in recent weeks in which it had remained above 1.0, attributed to the set of health actions and strategies that were have launched these days.

Among them are the actions that are part of the Traceability Plan, which are developed with the support of the population, an inter-institutional group led by the Ministry of Health (Minsa), the Social Security Fund (CSS), the Ministry of Security, local authorities throughout the country, civic clubs, religious communities and other groups.

The week that is about to close, the number of deaths has maintained a daily average of 17.8 per day, a figure that is below the other weeks in which it was always above 20.

Some of the actions implemented by health authorities include:

- The search for active cases, the timely isolation of positive ones, identify and keep all contacts in quarantine, economic, social and psychological assistance to those who have required it.

- Likewise, the application of medications at the time they require it, as well as education to face the virus and the increase in the number of tests that in two days of the week that ends managed to exceed 5,000 on two occasions and reached 7,579 this Sunday.

It should be noted that as of this Monday, August 24, the mobility restriction by identity card is eliminated in the provinces of Panama and Panama Oeste. Women are allowed to go out without time restrictions on Mondays, Wednesdays and Fridays; and men on Tuesdays, Thursdays and Saturdays. The curfew remains in effect from 7:00 pm to 5:00 am, while on Sundays the total quarantine will continue.
#MINSA  #COVID-19  #Covid
Add Comment