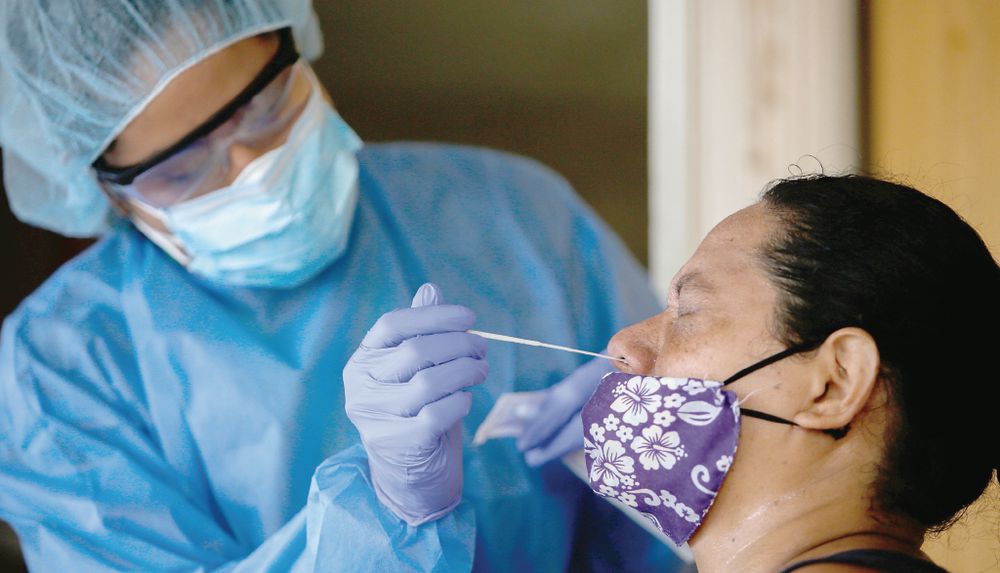 If Panama maintains the current trend of cases and deaths, mathematical models predict that by the end of the year more than 200,000 cases confirmed by the Covid-19 laboratory (representing 5% of the country's total population), and about 3,500 deaths.

This projection was echoed by the former representative of the World Health Organization (WHO) and specialist in Public Health, Jorge Luis Prosperi, who said that they are estimates that come from the Institute of Health Measurement and Evaluation of the University of Washington, in U.S.

Based on these estimates, Prosperi who is also a member of the Advisory Health Council – created to advise the Presidency of the Republic – considers that the system's attention capacity, both on an outpatient basis and in hospitalization and intensive care wards, will overflow.

Prosperi stressed that the 51,408 confirmed cases until last Friday represent 1.2% of the national population.

These figures show that the epidemic in the country is still out of control, he said. Last night, 52,261 infections were counted.

When the subject is evaluated by area, the statistics of the Ministry of Health (Minsa) reflect that there are some provinces with a higher infected population than others. For example, the province of Panama has 1.83% of its total infected population; Panama Oeste follows, with 1.44%, and Darién, with 1.64%. Colón and Bocas del Toro, almost 1% each, where they are now evaluating to establish a quarantine.

For Prosperi, the increase in cases is directly related to citizen behavior, which persists in not complying with the indicated measures to prevent contagion. As a consequence, there are 1,204 cases accumulated per 100,000 inhabitants.

It is clear that the death rate is directly related to the increase in the number of cases. But, although the case fatality rate remains around 2%, we increase to 24.31 deaths per 100,000 inhabitants [eighth place among the countries of the Americas], which is serious and forces us to thoroughly analyze the causes of the high number of deaths, he pointed out.

For this, it is recommended to identify and correct, any shortcomings in the treatment received by patients, from hotel-hospitals, hospital wards and intensive care units, since specifically at those points something negative could be happening, and the authorities are obliged to discover and resolve it.

Despite this bleak picture, I still think we are still in time to curb that escalation of cases and deaths from Covid-19, as long as we stay focused and each one does his part responsibly. The health sector must redouble its effort to reach 4,000 tests a day and join the organized community in the interventions, to detect, isolate, and track, he concluded.


Within the medical unions, professionals who are in the front line of battle, there are different positions on how to face the deadly virus to reduce the infection rates in the country.

Panamanian Society of Internal Medicine recommended that the Government establish a total and mandatory quarantine in the provinces of Panama, Panama West, and Chiriquí for at least 15 days, to stop the spread of the virus in these places.

Internal physicians are currently caring for the majority of Covid-19 patients hospitalized in the ward. The president of this union, Nuvia Batista, points out that they do not agree with the Government's decision to establish quarantine only Saturday and Sunday.

We hope that the government will make the decisions that cannot be postponed to alleviate the crisis, he said.

Domingo Moreno, coordinator of the National Medical Negotiating Commission (Comenenal), considers that more focused approach than a total quarantine is required. In other words, quarantine is applied, but only in communities and townships where the greatest number of cases occurs in the country.

For Moreno, health should be the priority in this pandemic, but he also recalled that there is an economic component that must be evaluated before adopting any measure of isolation or restriction on mobility.

According to the World Health Organization (WHO), the countries of the Americas are in the phase of intense transmission of their outbreak.

This is how Tedros Adhanom Ghebreyesus, WHO director, sums it up: We are seeing it throughout the Americas, South Asia and several countries in Africa. The epicenter of the virus remains in the Americas, where more than 50% of cases in the world have been registered.