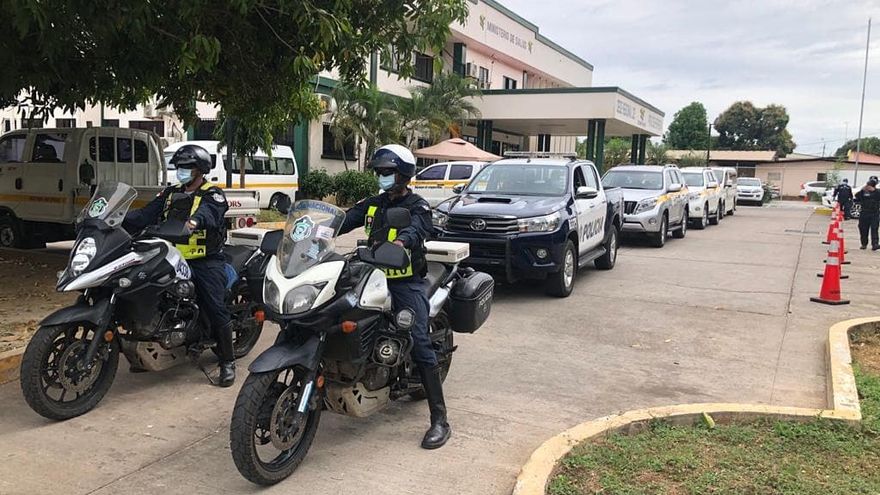 The health authorities carried out this Saturday, January 16, a simulation of arrival at the different medical institutions of the vaccines against COVID-19 to the Republic of Panama, as well as their application.
In the province of Herrera, the drill began with the arrival of the vaccines at the Alonso Valderrama Airport in the Chitré district, their transfer to the Regional Health of Herrera and then to the other districts.

Likewise, a mock vaccination against COVID-19 was developed at the Dr. Rafael Estévez Hospital, located in the Aguadulce district, Coclé province.

The day was carried out by the nursing staff of this medical facility, and it was simulated how the vaccination process would be directed at officials who are in the first line of direct care with patients.

Through this initiative, the objective is to verify that the training that people have received for this logistics has been assimilated correctly, as well as to guarantee that the team has a line and nothing is going to be left out, explained the national director of Health , Nadja Porcell.

The first of these drills was carried out last Thursday, January 14 at the Enrique Malek airport in David, Chiriquí province.

If the delivery schedule holds, between January 18 and 25, Panama will be receiving the first 40,000 doses of Pfizer's anticovid vaccine.