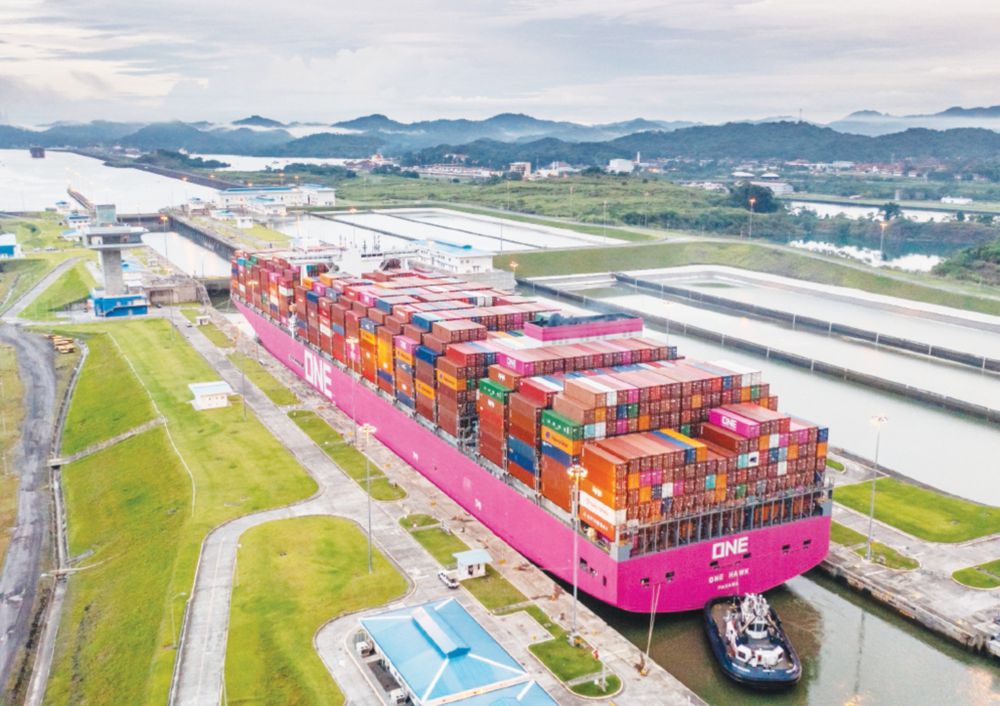 Since July 26, 2016, the Panama Canal Authority (ACP) has awarded more than 1,500 vessels with the Green Connection award for their decision to transit by water, favoring the environment by reducing CO2 emissions.
This program introduced the Environmental Premium Ranking (EPR) and the Green Connection award, and was launched one month after the new locks began operations. July also marked the sixth month of data published in the CO2 emissions dashboard.

The last distinguished ship was the MSC Virgo, a container ship with a total of 15,746 TEU (20-foot equivalent unit) that the Green Connection received on July 26 during its transit through the interoceanic route, in recognition of its high environmental standards.

The ACP reported that by using the Canal route, MSC Virgo saved more than 4,500 tons of CO2 on the route from the West Coast of South America to Europe. Similarly, the Panama Canal is a green route for other users.

For example, a container ship traveling from Asia to the East Coast of the United States saves around 12% in emissions when returning through Panama instead of transiting the Suez Canal, and 18% compared to sailing around the Cape of Good Hope of Africa. Since the program was introduced in 2016, the tool has shown that customers have saved 40 million tons of CO2 by choosing the Panama Canal route, the ACP said.

The EPR is an incentive to customers who meet high standards of environmental efficiency and improves their position within the customer ranking system, which is considered when booking transits through the Canal.

In 2018, this system was praised by the International Transport Forum and the Organization for Economic Cooperation and Development (OECD) as an innovative idea that could be widely applied in other ports.
Add Comment