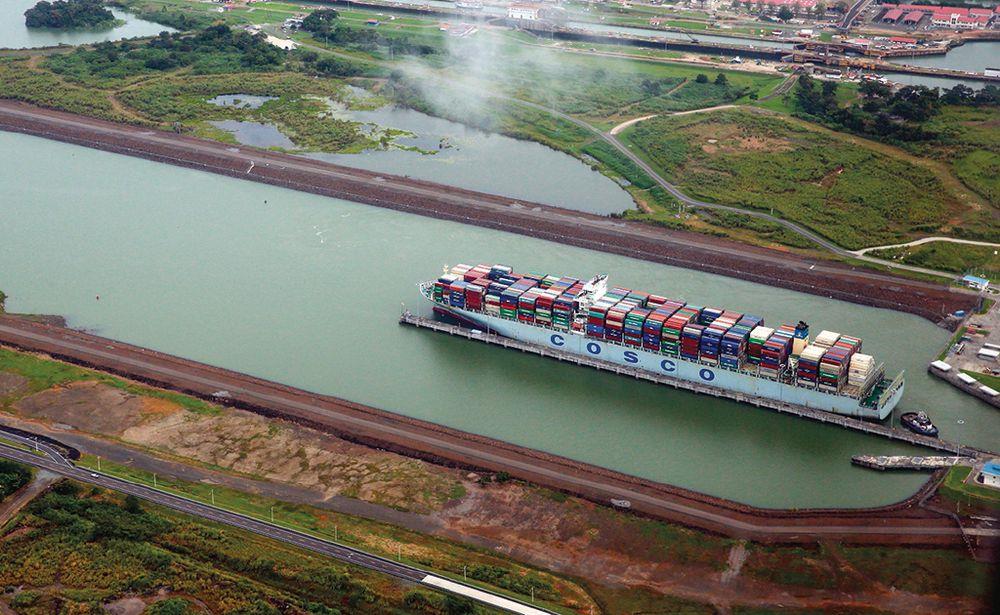 The constant transit of Neopanamax vessels through the Panama Canal, since the inauguration of the new locks, on June 26, 2016, produced in the fiscal year 2021 the tonnage that was projected for 2025.
The fiscal year, ending September 30, reached a volume of 516.7 million tons CPSuab (universal system of tonnage of ships of the Panama Canal), 8 million more than the estimated for 2025, which was 508 million tons. , according to the most probable forecast indicated in the Canal expansion proposal, in April 2006.

For the former administrator of the Canal, Jorge Luis Quijano, several factors have promoted this behavior, including the growth in the size of the Neopanamax container ships, which at the time were thought to not exceed 12,500 TEU (unit equivalent to a 20-foot container long) and that today already reach up to 15,383 TEU (Triton of Evergreen), by optimizing their design to that of the new locks of the Panama Canal.

'Also of consideration is the unexpected growth in the traffic of ships with liquefied natural gas and liquefied petroleum gas, both due to unexpected levels of exports from the United States and vehicle carriers that can only use the new locks,' he explained.

The budget approved for fiscal year 2022 of the ACP anticipates 536.6 million tons CP / Suab, that is, about 20 million tons more than the 516.7 million of 2021. In contributions to the National Treasury, it is expected to deliver $ 2,497.2 billion the highest contribution in the history of the Canal to the country.

The Canal's budget for fiscal year 2022 calculates revenues of $4.215.billion, the highest amount budgeted for the waterway's operations since its inauguration in 1914.
Add Comment