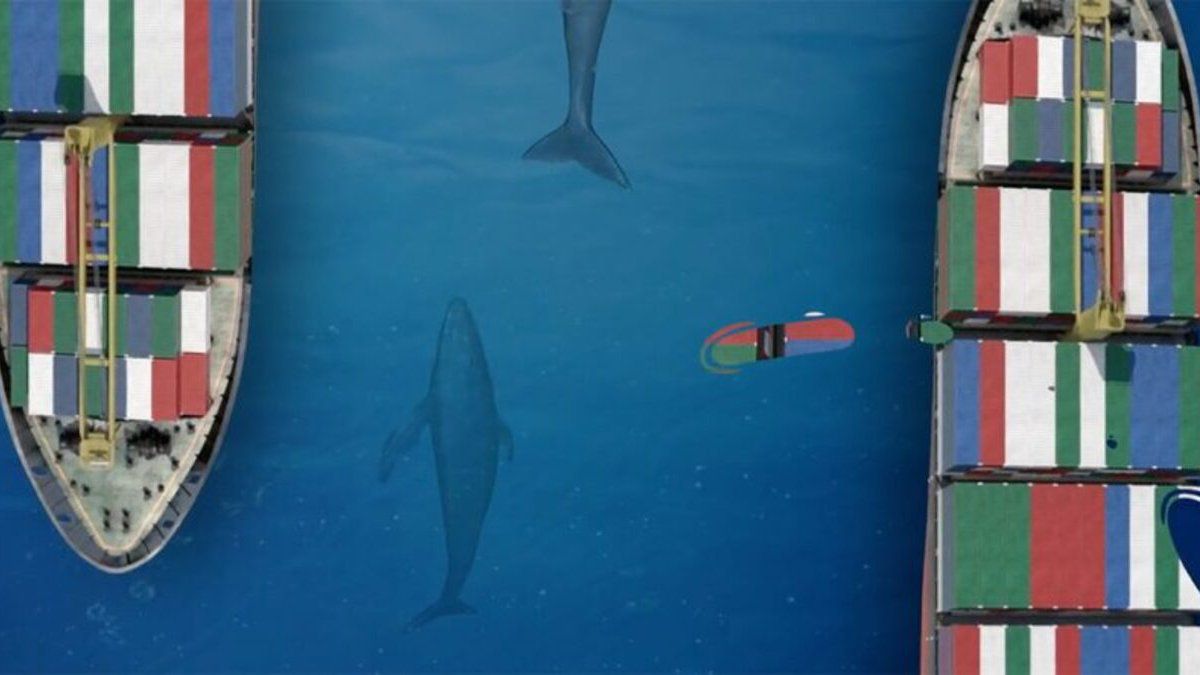 From August 1 to November 30, ships entering the Panama Canal "must remain" within designated navigation areas.
The Panama Canal administration temporarily established a new navigation lane, at the accesses to the interoceanic highway, to avoid the collision between the ships that cross the route and the cetaceans that migrate through Panamanian waters.

From August 1 to November 30, 2021, ships entering the Canal "must remain" within designated navigation areas in the Pacific Ocean "in order to reduce the risk of crossing" with whales and dolphins.

In addition, during this time, vessels must limit the speed of navigation through these areas to 10 knots, added the Panama Canal Authority (ACP) in a statement.

Around this time, the Gulf of Panama, in the Pacific, is a hibernation place for humpback whales that arrive from South America. These gigantic animals can be seen in the Las Perlas archipelago, Isla Iguana, Montijo, Coiba and Islas Secas.

Groups of dolphins can also be spotted, mainly the bottlenose dolphin and the pantropical spotted dolphin, the most common and abundant species in the Eastern Tropical Pacific, according to the Ministry of the Environment of Panama.

"When we talk about sustainability in the Canal, we take into account the protection and well-being of our entire ecosystem and biodiversity," said the Canal administrator, Ricaurte Vásquez Morales.

"These measures show that a small change can make a big difference when our industry works together to prioritize sustainability," he added.

According to the ACP, 3.5% of world trade passes through the 80-kilometer Panamanian canal. Its main users are the United States, China and Japan, and its routes go from Asia to the North American east coast.

In fiscal year 2020, the Canal broke its own cargo transit record, with 475 million tons passing through its waters, despite the pandemic and the trade war between the United States and China.

Since 2014 the Panama Canal implements different measures established by the International Maritime Organization (IMO) for the protection of the animal world.

Its development has "significantly reduced" the probability of interactions and serious incidents involving whales and other animals and "guarantees maritime safety," the ACP added.

According to the passenger authority, the creation of these navigation areas has reduced emissions of greenhouse gases and polluting gases annually by 75% on average per vessel.