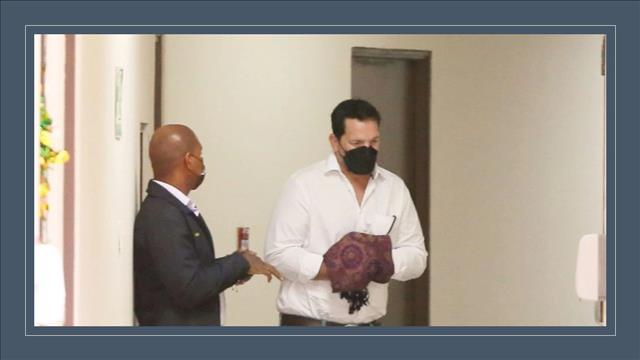 In addition to the six-year jail term for the former head of the Ministry of Social Development Guillermo Ferrufino and his wife Milena Vallarino de Ferrufino for unjustified enrichment imposed by The Third Liquidator Court of Criminal Cases, Judge Baloisa Marquínez ordered the confiscation of all farms, bank accounts, and credit cards and imposed the accessory penalty of the impediment to the exercise of public functions for a term of five years, once the main sentence has been served.

The ruling details that an authorship report prepared by the Comptroller General of the Republic revealed that during his tenure at Mides Ferrufino obtained unjustified enrichment in the amount of $2,288,000.

In addition, to hide their increased wealth Ferrufino and his wife put some of their properties in the name of their mother-in-law Amnelis Morales Pastorizo, including a Toyota Land Cruiser vehicle and two farms located in Mangaja Vieja in Boquete, Chiriquí province.

The ruling adds that although during the trial held on December 28, the defendants' lawyers asked to exclude these properties from the process, during an interview collected by several media outlets, the former official admitted having put these properties in the name of his mother-in-law., It specifies that by 2014, when he left the position of minister, Ferrufino had funds in several bank accounts that reached the figure of $694,562, which represented twice what he earned as minister.

Another relevant aspect of the ruling is the fact that Milena Vallarino de Ferrufino collaborated and benefited from all these illegal acquisitions to perpetrate the illicit act and, in addition, appeared in several bank accounts with her husband.

It adds that Milena Vallarino de Ferrufino, in addition to having taken advantage of these acts, provided her mother's name to make some of the transactions.

In turn, it states that some properties purchased by Ferrufino were paid for by the companies Inversiones Lymber SA, Helis Craft Trading Corp, and Heliflight Panamá SA and that these companies were owned by Fotis Lymberopolus, who obtained contracts to provide air service to Mides during the management of Ferrufino.

The investigation began in March 2015 as a result of an audit report of the Comptroller's Office related to the increase in Ferrufino's assets.

Among the properties acquired by Ferrufino are a farm in El Lirio de La Chorrera, valued at $430,000, and another located in the Antón district with a value of $288,000 in the name of the Hermanos Hefe Foundation.

Other farms that the investigation attributes to the former minister are one located in Nueva Gorgona, Chame district, with a value of $500,000, and two farms in Maga Vieja, Boquete, Chiriquí Province, one with a value of $25,000 and another of $100,000.

In addition, it formalized a purchase of shares for $657,999 from the company Villa Icaria SA, owner of a farm in Albrook, where the former minister resides.