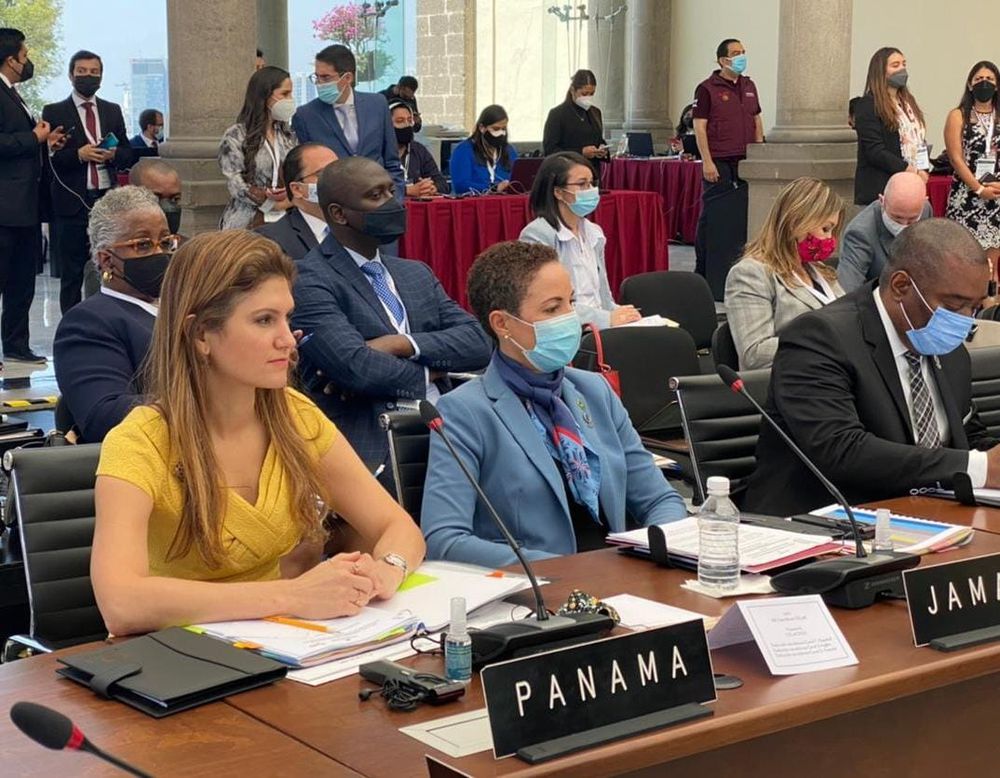 Panama achieves regional agreement and alliances at Celac Summit; Meetings with Colombia on migration will be resumed

The XXI meeting of foreign ministers of the Community of Latin American States (Celac) allowed Panama to finalize a strategic agreement with Mexico and make alliances with other countries in the region, the Foreign Ministry reported.
The meeting took place this weekend in Mexico and Panamanian Foreign Minister Erika Mouynes stressed that it is time for the nations of the region to come together, create a common agenda and work in favor of “a more just society to overcome the effects of the pandemic and support sustainable development.”

Moynes stressed that the meeting should serve to "lay the foundations for a sustainable future that our peoples demand."

Likewise, it was reported that with the Foreign Minister of Colombia, Marta Lucia Ramírez, the situation of irregular migration on the common border was addressed and that it was agreed to resume the level meetings to reach a permanent solution that solves this phenomenon in a comprehensive manner.

The Ministry of Foreign Affairs of Panama reported that it was used to explain to the representatives of the participating countries the Panamanian need to approach the nations with which there are coincidences on important matters of mutual interest such as sustainable development and the challenge that change represents. climate.

Likewise, the willingness to increase cooperation in various sectors of human development such as education, science, technology and culture stands out.
#Erika Mouynes
Add Comment