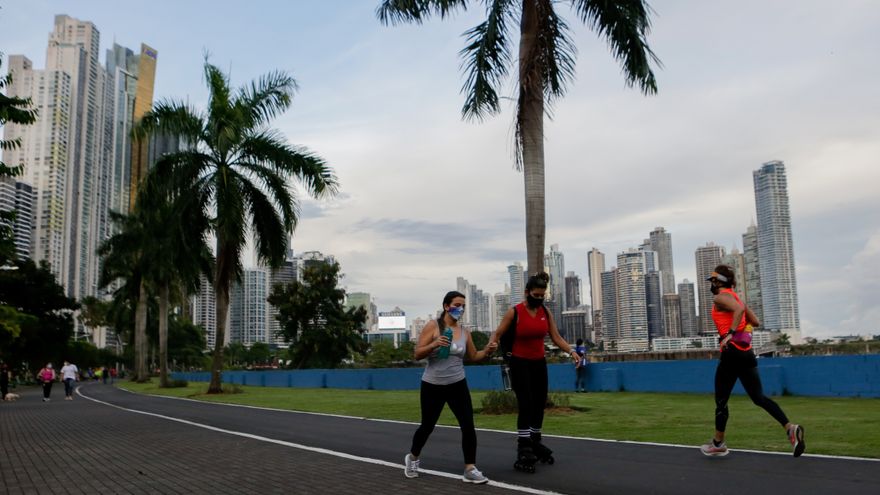 PAHO: Panama shows a slowdown phase and surpassed the first peak of COVID-19

A weekly report on the situation of COVID-19 in Panama published by the Pan American Health Organization (PAHO) indicates that the country is experiencing a slowdown phase and the first peak of the pandemic has been overcome.
However, PAHO warned that the country is facing a new stage of economic reactivation and flexibility of mobility measures, which is why the country faces the challenge of continuing to develop actions that allow the speed of contagion to be reduced, of maintaining the indicators of stable public health or declining where possible in the coming weeks to maintain control of transmission and disease.

The report details that since mid-July there has been a stabilization trend in daily cases nationwide, with an average of 1,023 confirmed cases per day, subsequently, a decrease to 940 cases is observed on average in the month of August and it continues on a clear downward path so far in September, reaching an average of 674 new confirmed cases until September 13.

It also reflects a study of the last 20 epidemiological weeks. Between weeks 19 and 21 per house 7 tests carried out a case was detected. From week 22 to week 33, the probability of confirmation was increased with an average of 1 case every 3 tests.

During the last two weeks, for every 7 tests applied to the population, 1 case was confirmed.

The Ministry of Health (Minsa) indicated that starting with this report, PAHO will include in its weekly report a recommendation or technical contribution that contributes to updating information or disclosing new evidence on the prevention and management of COVID-19.

PAHO reminded citizens of the importance of using a mask for the prevention of contagion.
#MINSA  #COVID-19  #Covid
Add Comment