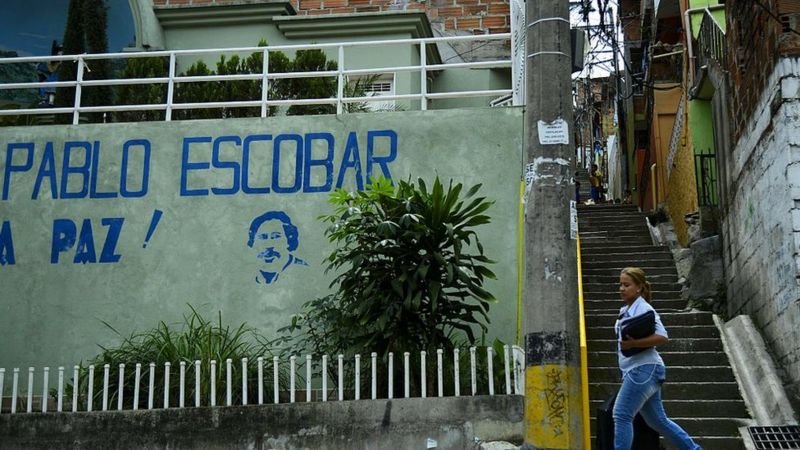 A nephew of infamous drug lord Pablo Escobar has said he found a plastic bag with money worth $18m (£14m) hidden in the wall of one of his uncle's houses.

Nicolás Escobar told Colombian media "a vision" indicated where to look for the money in the apartment where he lives in the city of Medellín.

He said it was not the first time he found money in places where his uncle used to avoid capture, as Escobar reportedly hid millions in properties.

At the peak of his career Escobar was said to be the seventh richest person on the planet.

Rumours of Escobar's hidden fortunes have circulated in Medellín since his death, after he spent decades waging war against the Colombian state to prevent his extradition to the United States.

Nicolás Escobar told Colombian TV channel Red+ Noticias he had also found a typewriter, satellite phones, gold pen, a camera and a film roll yet to be developed.

"Every time I sat in the dining room and looked towards the car park, I saw a man entering the place and disappearing," he said.

"The smell [inside] was astonishing. A smell 100 times worse than something that had died." 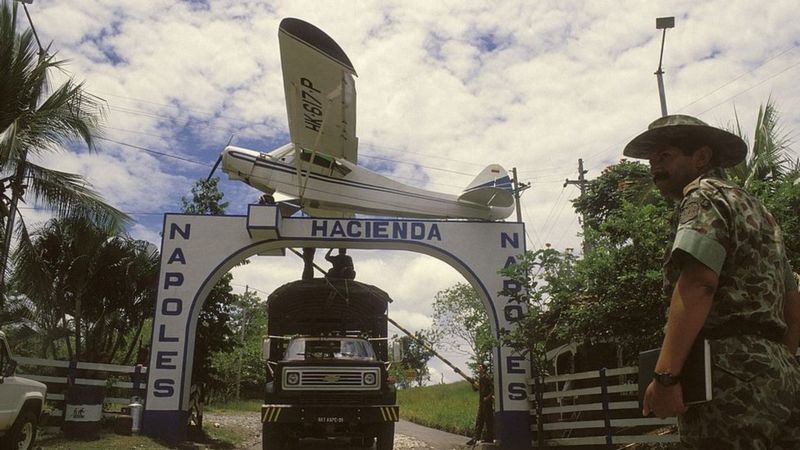 Some of decades-old banknotes were decayed and no longer usable, said Nicolás Escobar, who has been living in the apartment for the last five years.

In the interview, he said he accompanied his uncle on many occasions, and that he was once kidnapped by individuals looking for Escobar's whereabouts: "I was tortured for seven hours. Two of my workers were attacked with a chainsaw."

Who was Pablo Escobar?

Escobar was born in Rionegro, Colombia in 1949 and established a drug cartel in Medellín in the 1970s.

At its most active, the gang supplied an estimated 80% of the cocaine smuggled into the United States.

His wealth catapulted him into the Forbes list of global billionaires for seven years.

After the US issued an extradition order, Escobar resisted capture and his gang targeted politicians, the police and journalists.

After he was arrested in 1991, Escobar was housed in a prison of his own design, nicknamed the Cathedral, where he continued to oversee the Medellín Cartel.

In all, Escobar is thought to be responsible for some 4,000 deaths.

But his humble roots made him popular among some Colombians whose support he cultivated by giving out large amounts of cash and investing in poor neighbourhoods in Medellín.