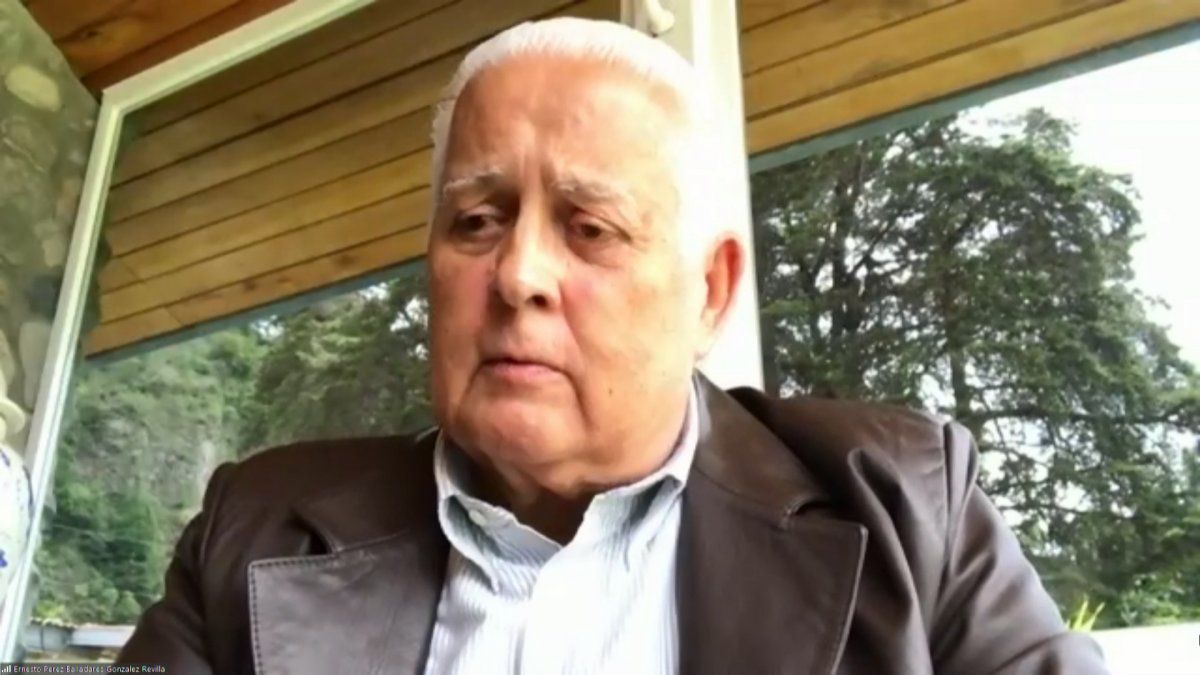 Ernesto Pérez Balladares said that those who have held the position of President have some privileges and that this creates a lot of envy.
The former president of the Republic of Panama, Ernesto Pérez Balladares, reacted to the questions against him after it became known that he was vaccinated against COVID-19 at home.

In a report entitled "VIP vaccination for Pérez Balladares and his family," published in the newspaper La Prensa, journalist Flor Mizrachi revealed that Pérez Balladares and his family circle had been immunized at their residence, a version that was confirmed by himself who indicated to the medium that was a request he made as former president "some consideration should have who served the country honestly."

Telemetro Reporta contacted the former president, and when asked why he did not go to his assigned vaccination center, as citizens and other former presidents have done, Pérez Balladares said that “I was not in a position to stand in line to go get vaccinated ... I asked for the courtesy that they go to my house to vaccinate because I had a health impairment at that time, and I had a scheduled trip, and they agreed to vaccinate me at my home as a courtesy to a former president."

Regarding who requested or who authorized this process, Pérez Balladares limited himself to replying "that's my issue, I don't want to put anyone else in because this has become an unnecessary mess.

Pérez Balladares denied that his daughters or grandchildren were vaccinated at home, although he acknowledged that other people in his "bubble" were immunized. He did not specify who or how many.

This courtesy for Pérez Balladares was not well seen by citizens who expressed their discontent on social networks, due to the mobilization of personnel and resources, while thousands are waiting for the confirmation of an appointment to be vaccinated.

The ex-president reiterated a message that he posted earlier on his social network Twitter, attributing all the commotion around what they have called a "VIP vaccination" to envious people.

“Envy kills people, there are many very envious people who in some way or another think that why some do and others do not, like it or not, the truth is that in the world we are not all the same, there are people who for reasons of many things they are different from the rest… that produces, in some way, measurements against which we have been successful and produces the envy that we are living”, he concluded.
#COVID-19  #Covid

Oh ya 11 days ago
Hey if he wants to jump the line to get a experimental biological agent jabbed into his body why should we care. If what some experts are predicting he could be very sorry along with others who have decided to be test animals for the drug companies
View all comments (1)Add comment