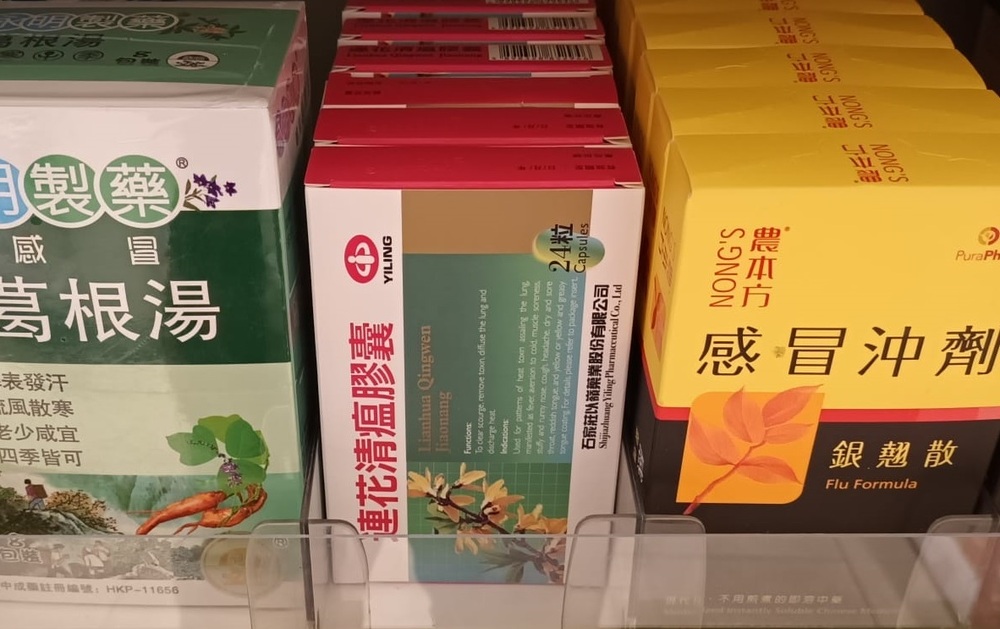 With most overseas governments adopting a "live with Covid" policy, more Hongkongers who live abroad are getting infected. Many are told to stay home and have to rely on themselves, and some turn to Chinese medicine.

A Hongkonger in Canada claimed he was cured of Covid-19 after taking the Chinese capsule following the suggestion of mainland expert Zhong Nanshan.

The man in Canada had earlier received a box of the Chinese medicine bought in the mainland from his family members and started taking it after he was infected two weeks ago.

After infection, he suffered from extreme headache, joint pain and a stuffy nose and he felt like he could not breathe. However, after taking four capsules, the man’s stuffy nose disappeared and recovered from Covid-19 after taking the medication for three days.

A mother whose daughter studies in the UK said she was told by other parents that the mainland-made capsule is effective in alleviating Covid symptoms.

“Many parents who have children studying abroad, or people who have migrated are asking their friends and relatives in Hong Kong to buy it from Hong Kong and ship it to them,” she said.

Her daughter is staying in Hong Kong for a holiday until mid-February, and the mother said she will prepare four to five packs -- sufficient for eight to 10 days of consumption -- when her daughter leaves.

At a Watsons outlet, a pack of 24 Lianhua Qingwen capsules manufactured by Shijiazhuang Yiling Pharmaceutical in the mainland is sold at HK$49 each on Monday. At least nine packs of the capsule were still on the shelf.

The packaging said users should take four capsules at a time and three times every day. A staffer said the capsules are for “discharging heat and detoxing” but recently there was hearsay that it could prevent or even treat Covid infections.

“Maybe it’s because this capsule contains Indigowoad Root (also known as banlangen). It’s like when we had SARS, people panicked and bought banlangen believing it could treat the infection,” she said.

He said the herbal ingredients in the medication aid in discharging heat toxins in one’s body and detoxifying and also used in curing cold and flu.

He added that the medicine should only be taken to treat flu-like symptoms while long-term intake can disrupt one’s balance of “hot and cold,” which is yin and yang from the perspective of Chinese medicine.

Lam said people who have caught Covid should seek medical attention under all circumstances.

Respiratory specialist Leung Chi-chiu said the effectiveness of medicine, no matter Chinese or western, can only be found by strict clinical trials. “But prevention is always a better option than treatment. Citizens, especially elderly people should take the vaccine as soon as possible,” he said.
#COVID-19  #vaccine  #Covid
Add Comment