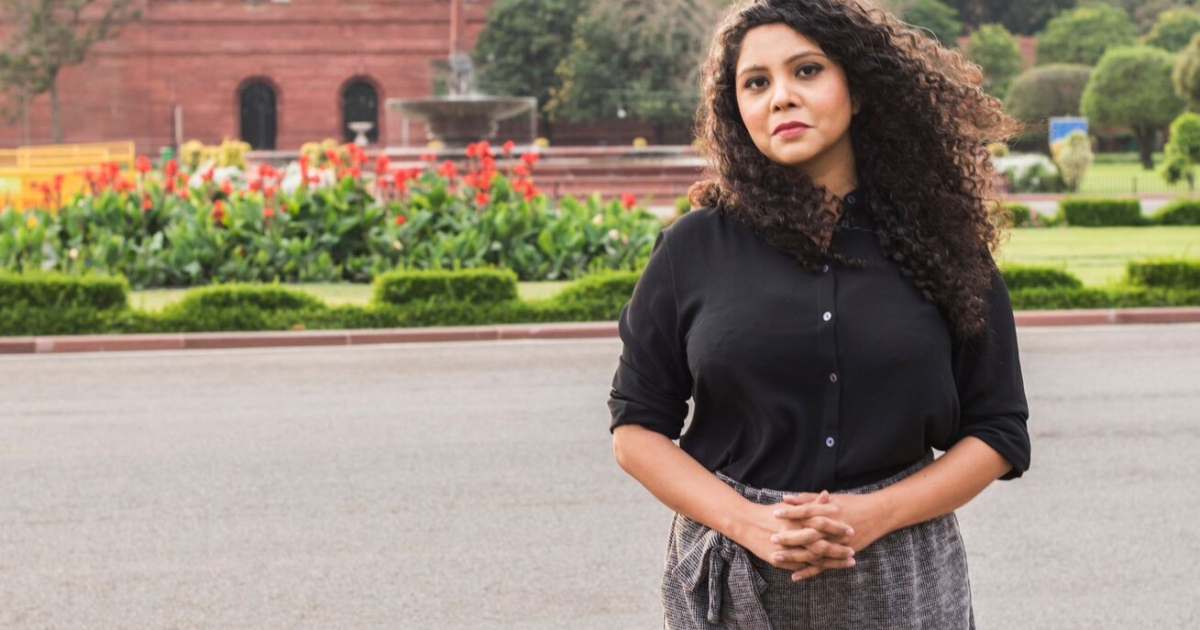 Ayyub stopped at Mumbai airport while flying to Europe to speak about intimidation of journalists in the world’s largest democracy.

A prominent Indian journalist and activist says she has been barred from boarding a flight to London where she was scheduled to address an event on targeting of journalists in the world’s largest democracy.

Rana Ayyub, a vocal critic of Prime Minister Narendra Modi’s Hindu nationalist government, was due to take the London flight on Tuesday and then to Italy to attend different events.

Ayyub tweeted that immigration officials at Mumbai airport stopped her from boarding the flight.

Ayyub said she also received a summons via email from the Enforcement Directorate (ED), which investigates financial crimes, an hour after she reached the airport.

The ED, controlled by the federal government, is investigating the 37-year-old Washington Post columnist for alleged money laundering and froze her bank account last month.

“I was told I have to go back home,” Ayyub told The Indian Express newspaper on Wednesday.

“I was supposed to receive an award and also address the newsroom of the Guardian newspaper. My entire plan has been public all this while and I have always been in touch with ED.”

The Indian Express, quoting ED sources, said Ayyub was stopped from taking the flight because she had responded to only one of the two summons, following which the lookout circular was issued against her.

However, Ayyub told the daily she had already submitted the documents asked for by the ED.

ED officials did not respond to Al Jazeera’s queries about the case against Ayyub. However, Kavinder Gupta, a politician belonging to Modi’s Bharatiya Janata Party (BJP), alleged that “people (like Ayyub) take money from foreign agencies to create disturbances in the country.

“It is important that all her connections are thoroughly investigated. The Enforcement Directorate is probing her and till the time the investigation has not reached its conclusion, she should not be allowed to leave the country,” Gupta told Al Jazeera.

“All these events with @julieposetti @DoughtyStIntl @journalismfest have been planned and publicised all over my social media for weeks. Yet, curiously the enforcement directorate summon arrived in my mail much after I was stopped at the immigration. What do you fear?” she tweeted.

Ayyub has been told to appear on Friday for questioning in connection with the case, Indian media reports said.

Ayyub, author of a book on the 2002 pogrom in Modi’s home state of Gujarat, has been a victim of relentless attacks – including rape threats – by members of right-wing Hindu groups for her reports and columns, mainly on the persecution of Muslims in India.

Last month, human rights experts at the United Nations urged the Indian authorities to investigate “relentless misogynistic and sectarian” attacks on social media against her.

The Washington Post also issued a full-page advertisement in her support, saying “the free press is under attack in India.”

Journalists from across the world and media watchdogs have condemned India’s actions and called on the authorities to allow the journalist to travel freely for her work.

Julie Posetti, Global Director of Research at ICFJ and a leading expert on online violence against women journalists, was Ayyub’s co-speaker a the London event.

“They are now seeking to restrict her movement as well as her journalism and her press freedom advocacy as a direct response to her critical reporting of the Modi government and far-right Hindu nationalism.”

Posetti said the grounding of Rana Ayyub is a “direct retaliatory attack on her rights to practice journalism and advocate for press freedom”.

She said the organisers are thinking about postponing the London event.

“But we very much hope that the Indian authorities urgently reverse the spurious decision to prevent Rana Ayyub from travelling to the UK,” she told Al Jazeera.

Media watchdog Reporters Without Borders (RSF) also said the travel restrictions were “the latest example of growing pressure against her”.