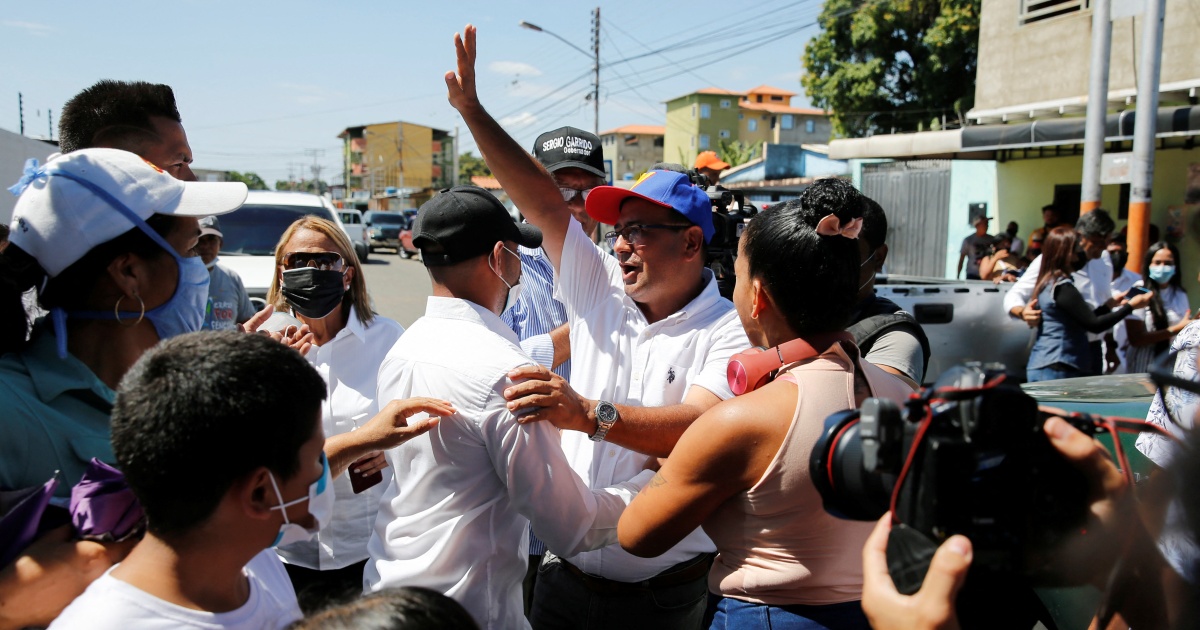 ‘Out of options’: Venezuela opposition struggles to unseat Maduro

Venezuela’s opposition has won an important symbolic battle in securing the governorship in Barinas State, but analysts say they are still losing the broader political war with government forces.

Venezuela holds the world’s largest proven oil reserves but its economy lay in ruins due to what critics have said is mismanagement of the nation’s oil riches under Chavez and his successor, current President Nicholas Maduro.

Venezuela’s economy shrank by more than 75 percent between 2014 and 2020, according to the US government’s congressional research service, “the single largest economic collapse outside of war in at least 45 years”. More than 5.9 million people have fled the South American nation in search of food and security, creating the Western Hemisphere’s worst refugee crisis, according to the United Nations refugee agency.

Juan Guaido, an opposition politician, considers himself the country’s legitimate interim president and is recognised as such by the United States, Canada, Colombia and more than 50 other countries. However, he holds minimal real authority and Maduro’s government controls the presidential palace, as well as the country’s military and bureaucracy.

Despite the electoral symbolism, the opposition win in Barinas, does nothing to “effectively change the balance of power”, said Kurt Weyland, a professor who studies Venezuelan politics at the University of Texas at Austin.

“The opposition are totally out of options,” said Weyland, adding that for years, through protests, negotiations with the government and hoping outside powers like the US would intervene on their behalf, the opposition has worked to dislodge Maduro without success.

“They are going in circles,” he told Al Jazeera. “The opposition clearly has no leverage and no strategy.”

Venezuela’s government, for its part, blames the country’s problems on Western sanctions and plots by the US and its allies to undermine Maduro’s leadership.

Analysts said the worst of Venezuela’s downward economic spiral is probably behind it, but the carnage is widespread, with more than 75 percent of the population now living in extreme poverty, according to a local study published in September.

Oil production, the country’s economic lifeblood responsible for 99 percent of export earnings, almost doubled during the past year after hitting the lowest point in decades in 2020.

Sanctions from the US and its allies have also taken a toll on oil exports and the industry generally, cutting access to specialised parts and technology for maintaining production. Venezuela’s oil exports dropped 38 percent in 2020 after the US government tightened sanctions, hitting their lowest level in 77 years.

Racked by unprecedented inflation, the local currency, the bolivar, has been replaced in parts of the capital and other cities by the US dollar. This has led to fewer shortages of basic products and some price stabilisation – for the small group of Venezuelans with access to foreign currency.

Jorge Arreaza, the government candidate in Barinas and former President Chavez’s son-in-law, conceded in a Twitter post that his party had lost before final results were announced. “Prepare yourselves because we are going to the counteroffensive: we have not played our last hand yet,” Arreaza said in a message to supporters. 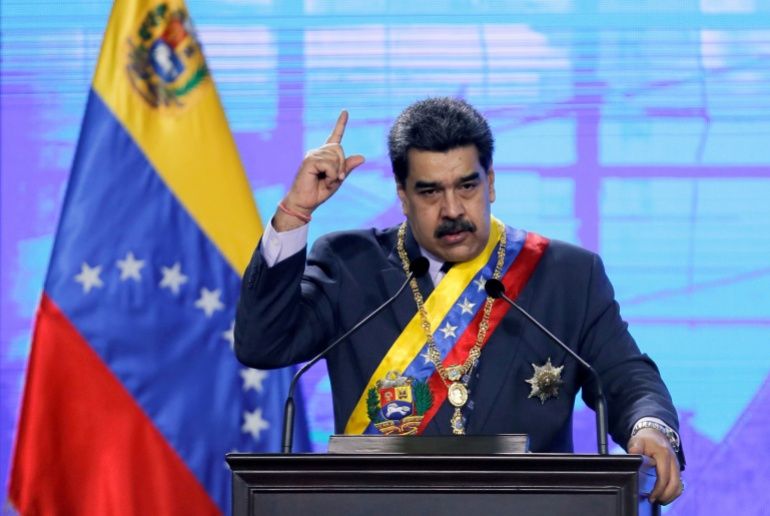 Sunday’s vote was a rerun of the Barinas governor’s race, after the initial election was cancelled by a court last year with the opposition in the lead.

But following elections in December, most state and local governments are now in the hands of Maduro’s supporters for the first time in years. The opposition dismissed those elections as shambolic, accusing the government of leveraging state resources to back its campaign and using violent intimidation against its rivals.

A Canadian foreign ministry official said those local elections, like past votes in Venezuela, cannot be considered democratic.

“The United Nations … has reported cases of corruption, coordination and direct support between non-state armed groups and the Venezuelan state, including its security forces,” Jason Kung, a spokesperson for Global Affairs Canada, told Al Jazeera via email, echoing concerns from the US Department of State.

The European Union, however, said those regional and local elections were held under better conditions than previous contests, despite a series of irregularities and other problems.

The government rejects claims that Venezuela is not democratic. If the opposition can win the governorship in Barinas, for example, it is hard to argue Venezuela is a dictatorship, it says. Caracas maintains close ties with Russia, China, Turkey and Iran and other nations who back Maduro.

In addition to extending its dominance in local government, Maduro supporters now also control Venezuela’s National Assembly, the last institution in the country that had been in opposition hands.

Orlando Viera-Blanco, who was appointed by Guaido as Venezuela’s ambassador to Canada, told Al Jazeera the opposition has lost some steam in the past year. Many Venezuelans are simply tired of violence and deprivation, Viera-Blanco said, and have stopped actively participating in politics while they search for their next meal.

“We have one-third of the population facing starvation-level poverty,” Viera-Blanco told Al Jazeera. “That has never happened before in another country in Latin America.” 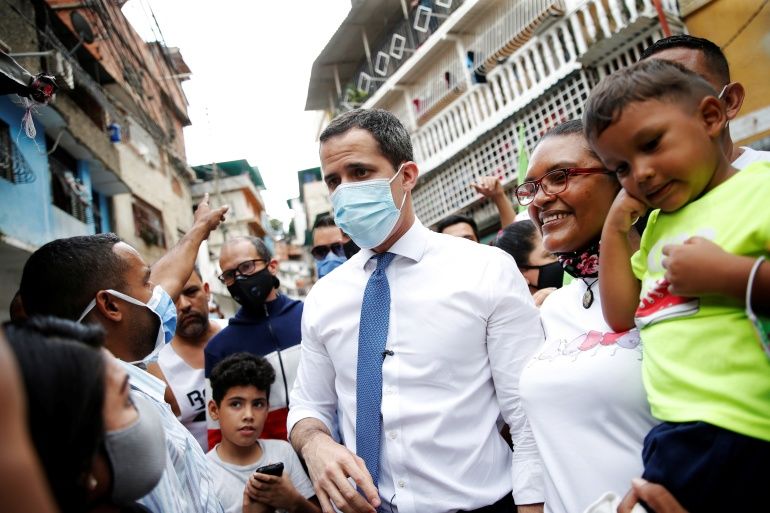 Despite the conditions, Guaido’s personal approval rating is roughly the same as Maduro’s. Both have about 15 percent popularity among average Venezuelans, according to polling released by Datanalisis in October.

“The Venezuelan population is tired of political leaders on all sides,” said Antulio Rosales, a political science professor at the University of New Brunswick. Divisions among different factions within the opposition movement are strong, he told Al Jazeera.

After declaring himself interim president in 2019 and leveraging street protests and foreign support to try to depose Maduro, Guaido has delivered virtually nothing in terms of concrete results, exacerbating divisions within the opposition camp and more interest in talks with the government.

Norway-mediated talks between Maduro’s government and the opposition took place in August. The government suspended its involvement in that process in November, however, following the extradition of politically connected businessman Alex Saab from Cape Verde to the US over accusations of money laundering.

A spokesperson for the US Department of State told Al Jazeera that Washington supports the resumption of negotiations.

Future talks, however, will happen on Maduro’s timetable. And with the economy showing some signs of improvement and the opposition losing steam, analysts said he has little incentive to make concessions.

“While one can never exclude sudden unexpected developments,” Weyland said, “everything points towards continuity.”