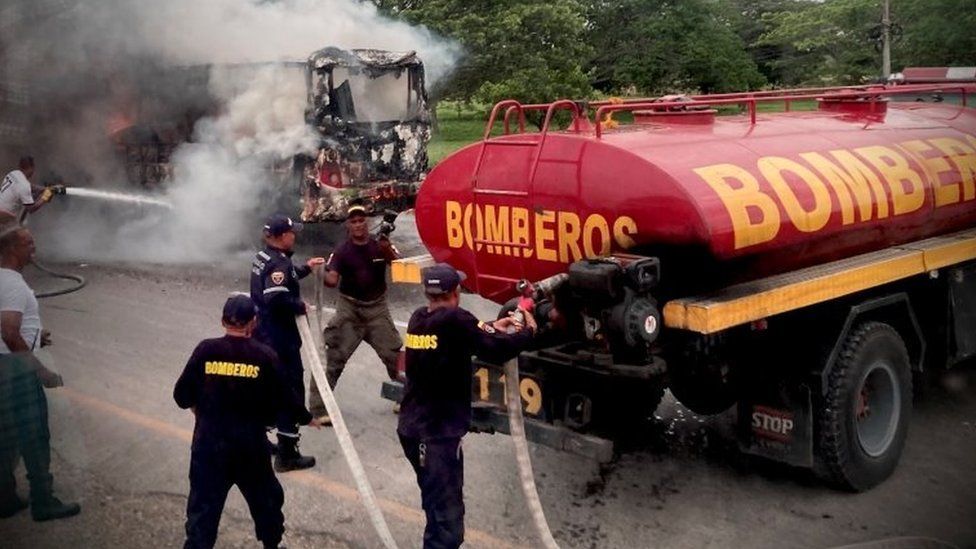 Colombia has sent an additional 2,000 troops and police to help contain a gang that has burned cars and threatened people as reprisal for the extradition of its leader to the US.

Otoniel led the Gulf Clan cartel and was extradited to the US last week.

In response, the Gulf Clan announced a four-day so-called "armed strike" in the north of the country.

Gang members destroyed at least 100 vehicles on Friday during violent protests against their leader's extradition. They also intimidated civilians, warning them to stay at home.

The unrest has affected almost 90 municipalities in nine of Colombia's 32 departments, according to officials. No casualties have been reported.

The capture of Otoniel in October ended a seven-year manhunt and last month Colombia's Supreme Court approved the extradition. 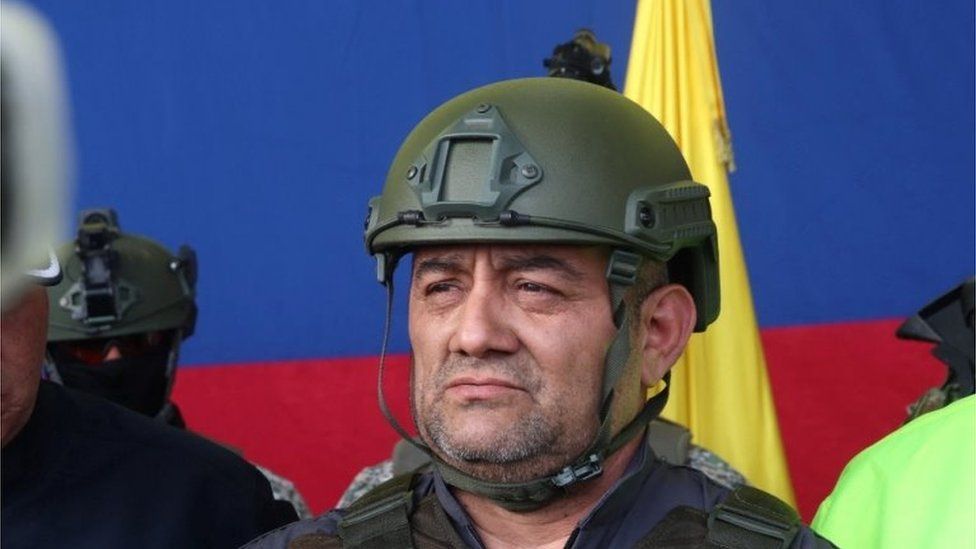 Dairo Antonio Úsuga is now facing charges in the US

The Gulf Clan trafficked between 180 and 200 tonnes of cocaine a year, according to Colombian authorities.

The gang allegedly moves between 30 and 60% of all the cocaine originating from Colombia - the world's largest producer of the drug.

Prior to his capture, Otoniel was Colombia's most wanted man and the government had offered a $800,000 (£582,000) reward for information about his whereabouts, while the US had placed a $5m bounty on his head.

The Gulf Clan operates in many provinces and has extensive international connections. It is engaged in drug and people smuggling, illegal gold mining and extortion.

It is believed to have about 1,800 armed members, who are mainly recruited from far-right paramilitary groups. Members have been arrested in Argentina, Brazil, Honduras, Peru and Spain.

It controls many of the routes used to smuggle drugs from Colombia to the US, and as far away as Russia. Authorities in the US have described it as "heavily armed [and] extremely violent".

Otoniel was eventually captured in his rural hideout in Antioquia province in north-western Colombia in October, close to the border with Panama in an operation involving 500 soldiers supported by 22 helicopters. He now faces life in prison.

The government has offered rewards of up to $1.2m (about £950,000) each for information leading to the capture of Otoniel's top deputies, known as "Siopas" and "Chiquito Malo".