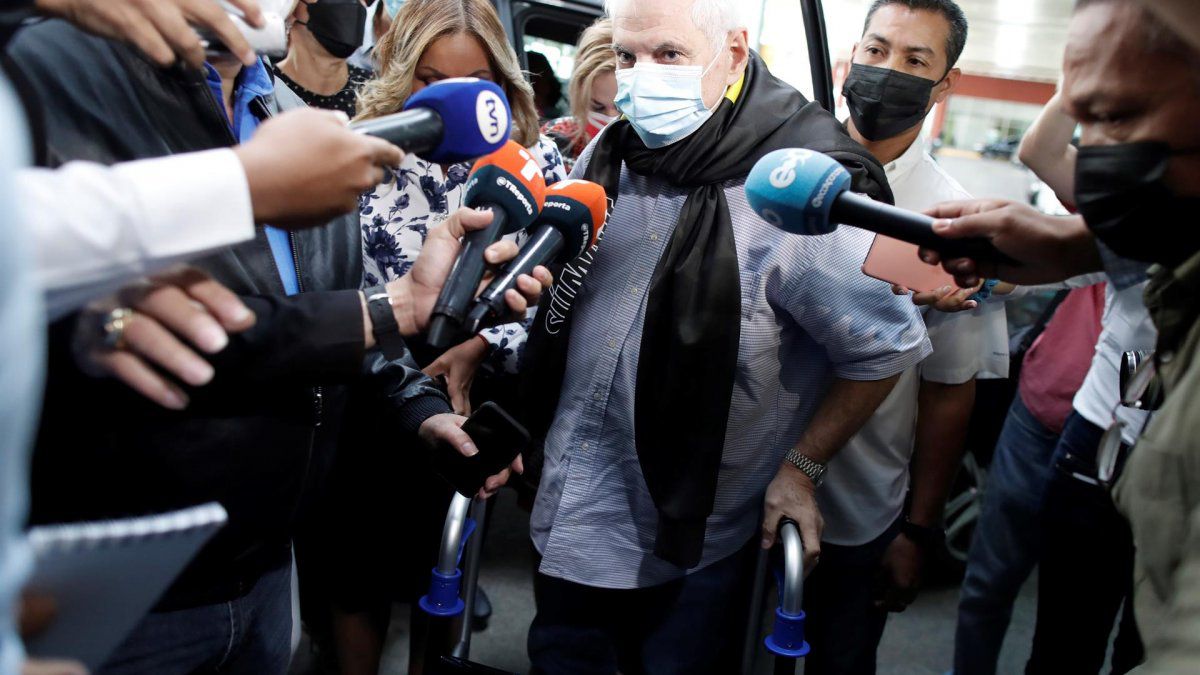 Oral trial begins in the 'Pinchazos' case, Martinelli must follow the trial virtually

During the hearing, the withdrawal of three of the victims of the wiretapping case known as 'Pinchazos case' was confirmed after reaching agreements with Martinelli.
On the morning of this Wednesday, the oral trial of the former president of the Republic of Panama, Ricardo Martinelli, for the Pinchazos case began.

At the beginning of the hearing, the Oral Trial Court of the First Judicial Circuit admitted the incapacity presented by the defense, which lasts until August 20, however it established that the ex-president must follow the trial through technological means.

After this decision, the defense of the former president maintained that due to one of the medications that Martinelli must take, he cannot concentrate and remains drowsy, for which they asked to suspend the hearing and wait for his recovery. However, the Court confirmed that the trial will continue.

After 11:40 am, the case hearing began, for which 15 minutes were given to each of the parties. Tomorrow will begin with the display of evidence.

During the first part of the hearing, the withdrawal of three of the victims of the Pinchazos case was also confirmed after reaching agreements with Martinelli: Rubén Polanco, Mauro Zúñiga, and Juan Carlos Navarro.

Balbina Herrera, Mitchell Doens, and Rosendo Rivera remain in process, who consider that the most important thing is that the trial began, and assure that "there is no turning back."

For its part, the Public Ministry requests a sentence of eight years in prison. The superior prosecutor Ricaurte González, affirms that "a result of guilt will be obtained", because they have the necessary elements and because "the three women who are in front are clear about what should be done."

Matinelli, on the other hand, called the trial "a political hoax."

“We are wasting the time and money of the Panamanian people when we should be judging others. Instead of seeing how we solve the problems for Panamanians who are out of work, for children who are not going to school… we are here in this political hoax invented by Gaby Carrizo; he wants to disqualify me because he wants to be a candidate," said Martinelli, who assured that he will go to the SPA whenever he can, despite the authorization of the Court to follow the trial virtually.

This new trial was ordered in November 2020 by an appeals court after Martinelli was found in August 2019 "not guilty" of four crimes, including embezzlement, for which he faced up to 21 years in prison.

Due to this decision of the Court, Martinelli must face a process for two crimes: interception of telecommunications, and monitoring, persecution and surveillance without judicial authorization, for allegedly intercepting the telecommunications of 150 people, including businessmen, politicians and journalists.
#Pinchazos
Add Comment