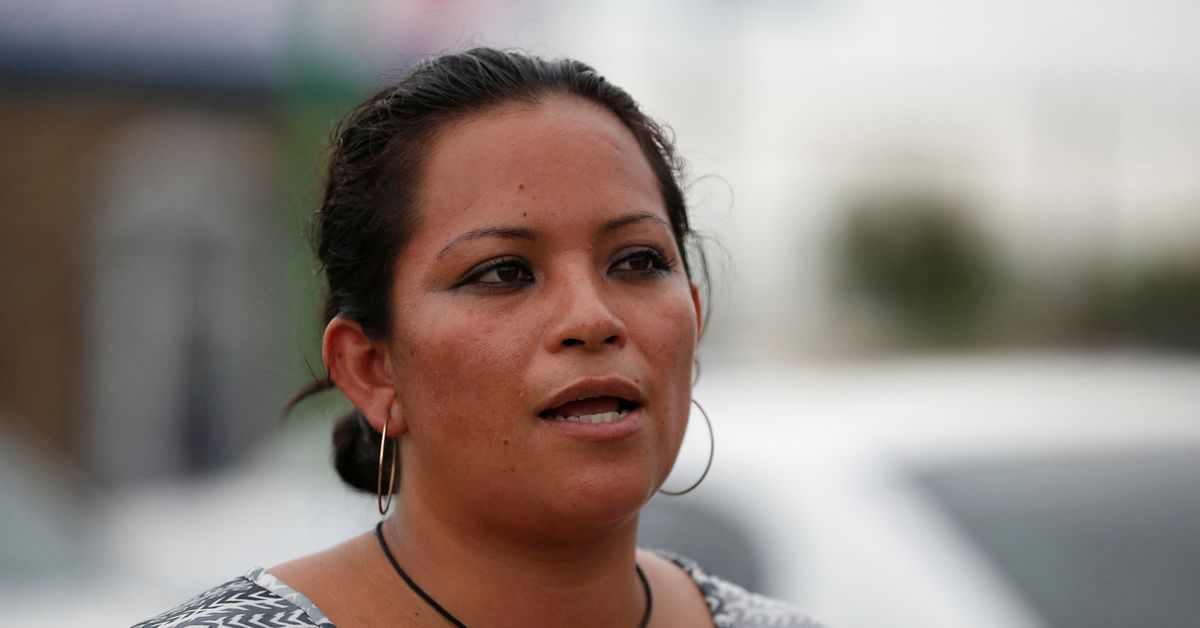 Now, she is at the head of her own fledgling union and taking on the traditional politically connected ones she so despised. She wants better pay and benefits, but above all else, she says she wants workers to have more control over who represents them.

In August, her union - La Liga - celebrated its first major victory, winning the right to represent workers at a small car upholstery factory called VU Manufacturing on the U.S. border.

Then in September, they laid the groundwork to secure support at another factory, this time belonging to U.S. industrial giant 3M Co .

Those wins, and victories by other new unions, are signs of a revitalized labor movement benefiting from favorable tailwinds in both Mexico and the United States that are emboldening upstarts to take on powerful entrenched interests.

Morales, 38, knows it will be a struggle.

"The other union is very powerful," she said, her eyes focused on the desert road while driving to the VU Manufacturing plant where La Liga was up against the Confederation of Mexican Workers (CTM), which has dominated the country's labor movement for decades.

Later, outside the factory that produces armrests and door upholstery for brands like Toyota , Honda , and Chrysler, Morales told VU Manufacturing employees that La Liga, which means The League, was ready to fight.

"We're a very different union because we're made up of workers," she said. "We know what it means to start from the bottom."

Morales can only serve as Secretary General for three years before going back to the production line.

That worker-driven vision, Morales says, marks a departure from Mexico's history of top-down union leadership - mostly by men - who never worked a minute on the factory floor.

New laws brought in by President Andres Manuel Lopez Obrador have made it easier for workers to set up new unions and unseat powerful incumbents.

The rise of new unions like La Liga has also been helped by a revised trade deal with the United States, under which companies can be sanctioned if found blocking workers from forming new unions.

Already, that mechanism under the 2020 United States-Mexico-Canada Agreement (USMCA), which replaced the 1994 NAFTA, has been implemented five times in Mexico including at General Motors Co (GM.N), Stellantis (STLA.MI) and VU Manufacturing.

3M says it respects workers' right to organize and will negotiate with the union they choose, aiming for job stability.

Michigan-based VU Manufacturing did not respond to requests for comment. A letter posted inside the factory said the company would not intervene in a workers' vote to choose their union.

'WHEREVER WE HAVE TO GO'

La Liga may still represent a tiny fraction of Mexico's workforce, with just one plant secured and victory close at another, but its emergence is a sign of change after 30 years in which wages have been virtually stagnant, while U.S. pay climbed over 50%.

Mexican inflation is now hitting a two-decade high and eating into pay - fertile ground for a revitalized labor movement.

"This is a hot moment," said Kevin Middlebrook, a professor of Latin American politics at University College London. "It is as favorable a conjunction of forces for democratic labor reform in Mexico ... as one could possibly imagine."

Along with La Liga, other new unions have also won victories over powerful rivals in the past year at GM, Japan's Panasonic (6752.T) and French glassmaker Saint-Gobain (SGOB.PA), pledging better pay.

Even among the new crop, La Liga stands out for its broader vision: targeting companies no matter the sector, no matter the location.

"We'll go wherever we have to go," Morales said.

The next target is sportswear maker Mex Mode in her homestate of Puebla, owned by Korea's Kukdong Corp (005320.KS), where she has worked over 15 years and where she once grew so angry with her union boss that she and other colleagues threw the representative onto the street.

Mex Mode said it has historically offered higher-than-average salaries and better benefits than required by law, and that workers are free to affiliate with any union.

Activists supporting La Liga are also speaking with workers in the central state of Queretaro as well as Durango and Coahuila near the northern border.

Companies are warily eyeing the rise of these nascent unions - even though they remain few and small - uncertain how costly their demands may be and what strategies they may use.

"The unions, whoever they may be, need to understand that competitivity is our limit," said Jose Zozaya, director of Mexico's top auto industry association, AMIA. "We have to maintain it to protect jobs and attract a greater number of companies."

For decades, the deck has been stacked against Mexican workers.

Since the Mexican revolution in the early 1900s, the organized labor movement rose alongside the Institutional Revolutionary Party (PRI).

As the PRI became the establishment - going on to rule Mexico uninterrupted for seven decades until 2000 - the party used its cozy relationship with major unions to keep down wages, arguing it was needed to make Mexico competitive and help it industrialize.

Even after the ousting of the PRI, the biggest unions like CTM won favor with the victorious National Action Party (PAN) for their ability to quell strikes and keep a lid on pay.

But in 2018, the election of Lopez Obrador ushered in the most left-wing government in Mexico's democratic history.

It coincided with U.S. President Donald Trump's push for a revised trade agreement that, among other things, aimed to protect U.S. jobs by strengthening worker rights in Mexico.

In Mexico, the USMCA was accompanied by new laws requiring secret-ballots in union elections and the formation of independent tribunals to replace often-rigged local panels.

Morales wants to make the most of the opening.

Leaving her three kids at home, she is traveling factory to factory seeking support.

She knows her movement has a mountain to climb. Many workers in La Liga have little experience in organizing and contract negotiation and say they face companies and lawyers keen on preserving the status quo. What's more, to drum up support, La Liga must fight a deeply embedded culture of fear and apathy around speaking out.

Next year could be critical. The labor reform aimed to wipe out sweetheart deals between employers and unions made behind workers' backs, called protection contracts, and thousands of them are expected to dissolve by May 2023.

For workers suddenly without contracts, La Liga hopes it can step in. The strategy is to offer La Liga's resources and expertise while putting workers directly in charge of developing their collective contracts.

In the coming weeks, Morales will have the chance to put her vision into practice as La Liga negotiates its first collective contract, at VU Manufacturing.

Workers want higher pay, cheaper cafeteria options, easier transportation and better ventilation on the hot production floor, where the air is thick with the smell of glue and employees strain to be heard over clacking staplers.

When she visited the plant in August, Morales sat on the outdoor lunch benches and patiently heard complaints that La Liga could not compete with the institutional strength of an older, rival union.

Morales pushed back: "Who are the ones who are going to change things?"