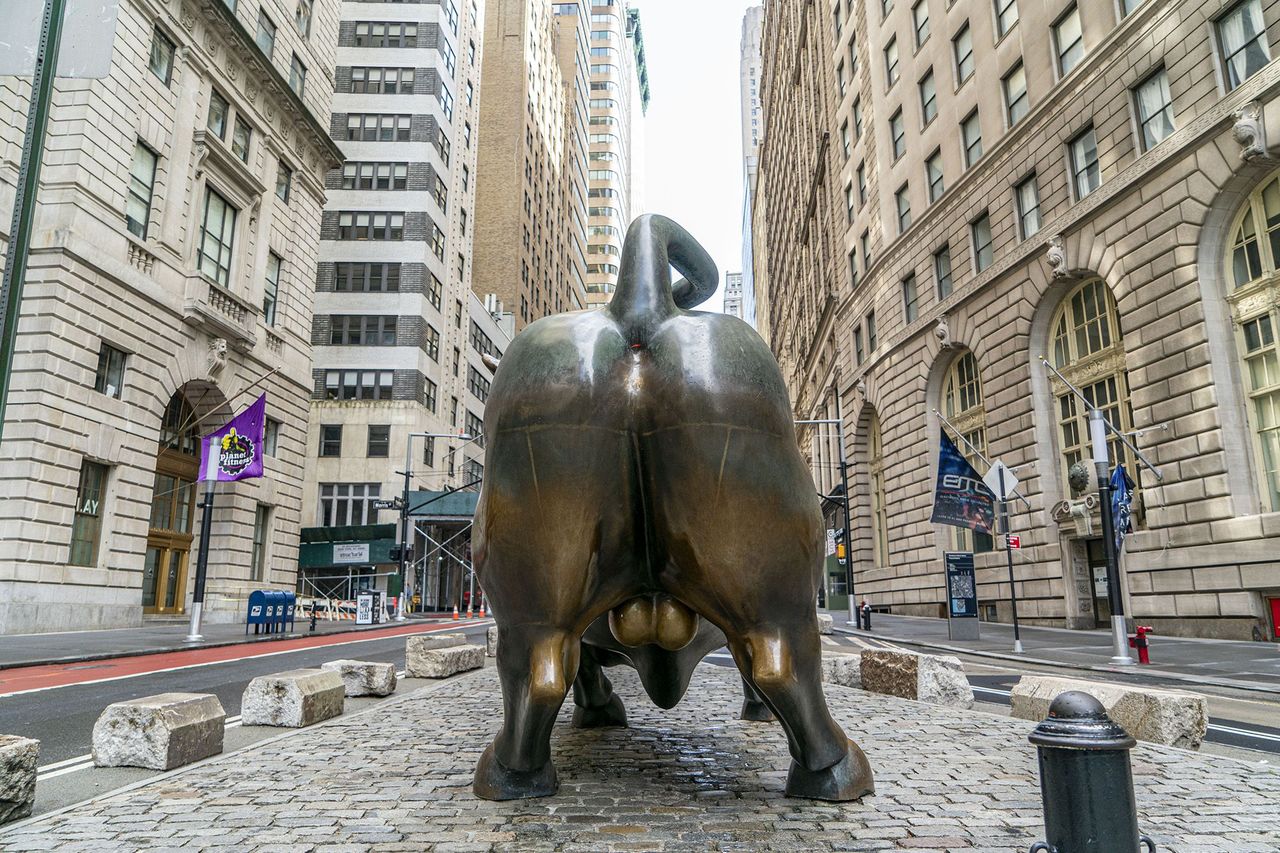 Once Wall Street's stars, Big Tech falls back to Earth

Listen to the article
0:00
0:00
After years of screaming higher, almost regardless of what the economy was doing, tech-oriented stocks are tanking and dragging down the rest of Wall Street. Many of these high-profile companies are still making billions of dollars in profits, and they continue to dominate the top of the rankings for most valuable businesses.
But two big changes have caused their stocks to come sharply back to Earth this year: Interest rates are rising, and expectations for their big continued growth suddenly look much more shaky.

Consider Netflix, whose stock more than tripled between early 2018 and its peak last November. It’s since lost virtually all that gain, dropping by more than two thirds this year alone for the worst loss in the S&P 500 as of Tuesday.

Similarly, Facebook parent Meta Platforms has lost close to half its value this year. Neither company falls into Wall Street’s “technology” classification; they’re instead categorized as “communications services” companies, along with many other internet-related stocks.

But they are both big parts of the Nasdaq composite index, along with such tech heavyweights as Apple and Microsoft. And the Nasdaq is on pace for its worst month since the 2008 financial crisis. Its drop of 20.2% for the year, as of Tuesday, was much worse than the 12.4% fall for the S&P 500 or the 8.5% slip for the Dow Jones Industrial Average, which has less of a tech focus.

Tech-oriented stocks have struggled in large part because interest rates have shot to their highest level in years. The 10-year Treasury yield, for example, topped 2.90% recently after starting the year at 1.51%, though it’s receded in recent days. Yields have surged as the Federal Reserve prepares to raise short-term rates sharply to stamp out high inflation. It’s also planning other moves to push longer-term rates upward.

Higher interest rates are a drag on all kinds of investments. Now that a 10-year Treasury is close to offering a real return for the first time since the pandemic, after taking inflation into account, investors can make money by parking in safe bonds. That makes them less willing to pay high prices for riskier investments. High-growth, tech-oriented stocks are now taking the hardest hits because their prices earlier soared the highest.

Netflix, for example, began 2022 with a stock price trading at 45.6 times its expected earnings per share over the ensuing 12 months. That was more than double what investors were willing to pay for each $1 of expected earnings from the overall S&P 500.

Investors were comfortable paying such high prices for Netflix and tech stocks generally when interest rates were super-low. They also were willing to stretch for stocks of companies that were able to grow strongly, even when the overall economy was hurting.

But now rates are rising and continued growth looks less assured. Netflix recently reported a drop in its number of subscribers for the first three months of the year, for example, with more losses expected in the spring. People have more options for entertainment now that pandemic restrictions are being relaxed.

Google’s parent company Alphabet said Tuesday that its revenue growth last quarter slowed to its lowest pace since 2020. Analysts highlighted slowdowns in search and at YouTube in particular.

Stocks of semiconductor companies have also been big laggards this year, partly on worries that demand for smartphones, personal computers and other hardware will flag after sales exploded during the pandemic. An index of semiconductor stocks has dropped 26.3% this year, a sharp fall after it soared more than 40% for three straight years.
#Facebook
Add Comment